HDR logos and brands abound, but until now, there has been no open standard with a fully transparent testing methodology. VESA wants that to change and have announced the definition of a standard for HDR. 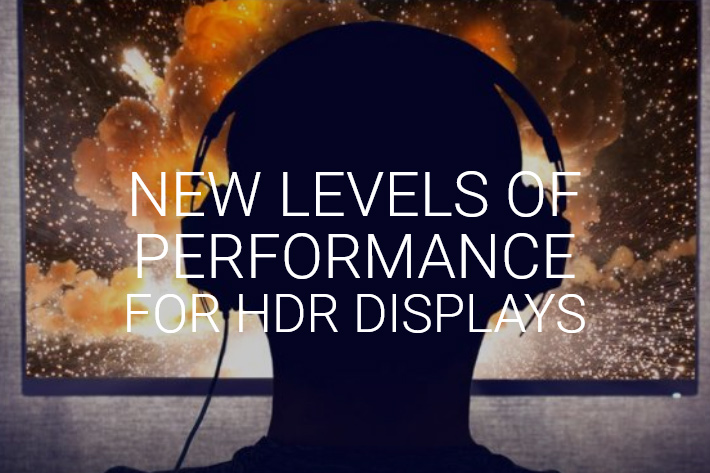 HDR or High Dynamic Range is a popular term, gaining interest for a wide range of applications, including movie viewing, gaming, and creation of photo and video content, but not many people can say exactly what it represents, and which products, even though using the HDR logo, really comply with what HDR is or should be. VESA wants things to change so they have worked to create an open standard with a fully transparent testing methodology. 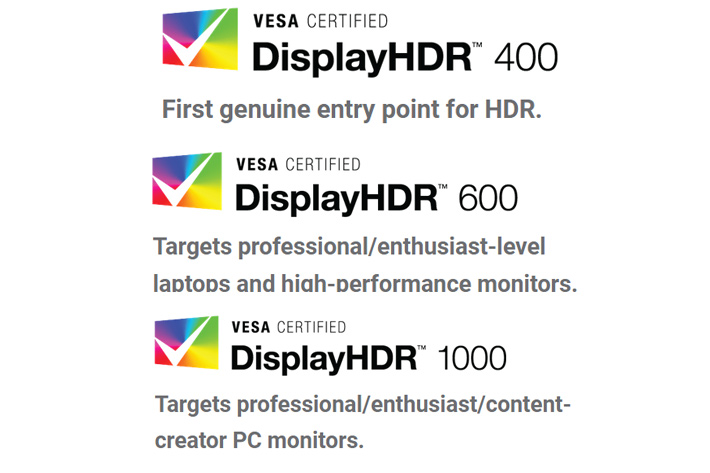 “We selected 400 nits as the DisplayHDR specification’s entry point for three key reasons,” said Roland Wooster, chairman of the VESA task group responsible for DisplayHDR, and the association’s representative from Intel Corp. for HDR display technology. “First, 400 nits is 50 percent brighter than typical SDR laptop displays. Second, the bit depth requirement is true 8-bit, whereas the vast majority of SDR panels are only 6-bit with dithering to simulate 8-bit video. Finally, the DisplayHDR 400 spec requires HDR-10 support and global dimming at a minimum. With this tiered specification, ranging from baseline to high-end HDR performance levels, PC makers will finally have consistent, measurable HDR performance parameters. Also, when buying a new PC, consumers will be able to view an HDR rating number that is meaningful and will reflect actual performance.”

VESA developed the DisplayHDR specification with the input of more than two dozen active member companies, including names as Intel, nVidia, AMD, Microsoft, Lenovo, Dell, HP, Asus, LG and others. These members include major OEMs that make displays, graphic cards, CPUs, panels, display drivers and other components, as well as color calibration providers.

DisplayHDR v1.0 focuses on LCDs, which represent more than 99 percent of displays in the PC market. VESA anticipates future releases to address organic light emitting diode (OLED) and other display technologies as they become more common, as well as the addition of higher levels of HDR performance. While development of DisplayHDR was driven by the needs of the PC market, it can serve to drive new levels of HDR performance in other markets as well.

“Developing this specification is a natural expansion of our range of video standards,” said Bill Lempesis, VESA executive director. “Moreover, we are the first standards body to develop a publicly available test tool for HDR qualification, utilizing a methodology for the above-mentioned tests that end users can apply without having to invest in costly lab hardware. Most of the tests require only a colorimeter, which many users already own. Ease of testing was a must-have requirement in order to make DisplayHDR a truly viable, consumer-friendly spec.” 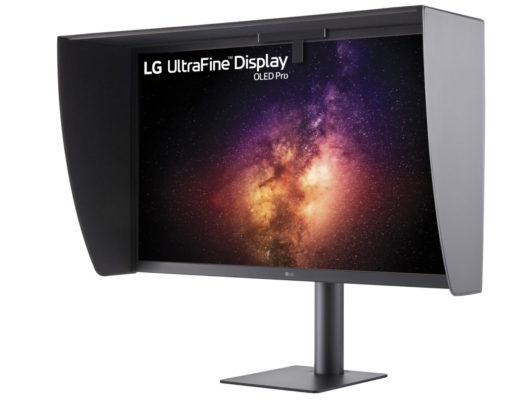