Just before our turkey day here’s some useful tools

It’s been some 5 + months since we last had an edition of Useful Tools for Editors. That’s way too long so let’s get right to it.

It’s been some 5 + months since we last had an edition of Useful Tools for Editors. That’s way too long so let’s get right to it.

This first entry isn’t exactly a useful tool but it will be of great interest to those up and coming editors and visual effects artists who want to put their skills to use. The 1st ever L.A. Post Fest is a brand new editing and post-production competition where entrants will get a full batch of sci-fi production assets where they can use all the creative juices they can muster to create a short film. It’ll all funnel down to a celebration in May of 2016 where the winning films will be highlighted and screened. There are prizes involved. Entry fees are incredibly low with both early bird and student discounts. Check out this video for a short overview of the competition but looks at the embed below for an idea of the footage you’ll get.

The L.A. Post Fest is a creation of the Los Angeles Post-Production Group and our own Woody Woodhall. Unlike all the other weekend filmmaking competitions out there I like that this one focuses exclusively on post. Spread the word as that’s how things like this grow. Hit up the L.A. Post Fest FAQ for a lot more details.

If you’re one of the few Final Cut Pro X uses out there who have not ponied up the dough for CoreMelt’s SliceX or TrackX Mocha powered tracking tools for FCPX then you’re in luck, CoreMelt has release SliceX Free. This free version is limited to oval and rectangle shape masks but that are useful in many situations. This is some useful stuff for free.

Another very useful free add-on for FCPX users is this set of prebuilt audio fades from Idustrial Revolution. Ranging from frames to seconds these presets will save a ton of time since FCPX’s audio tools are still a big … underdeveloped. Install these presets and then drag then onto audio clips. Time saved. 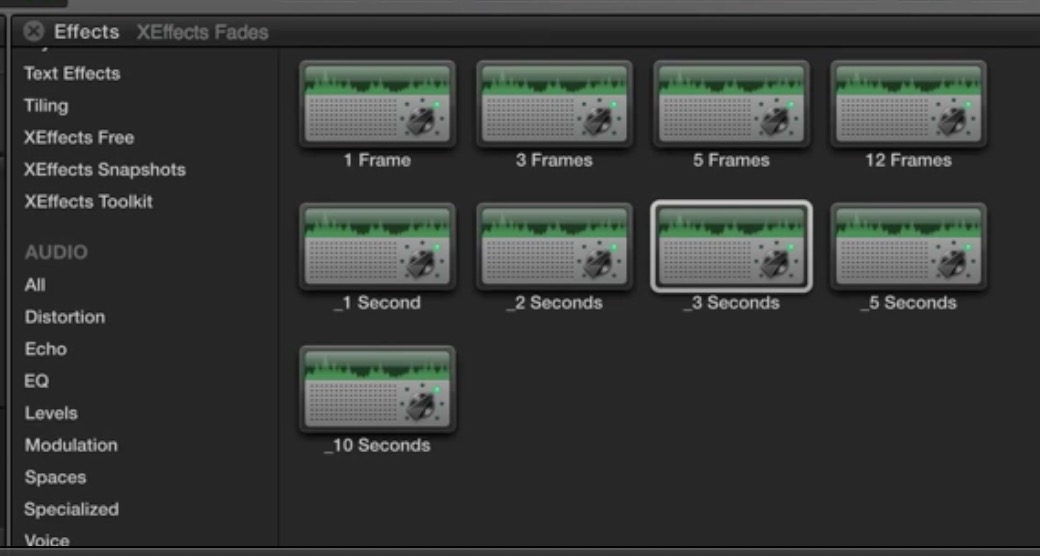 Speaking of audio there’s a great 2013 post from VashVisuals about audio EQ-ing. In typical Vashi Nedomansky fashion it’s full of great info and images. If you scroll down to the bottom there’s a download of 12 audio effect presets for Premiere Pro. Nothing better than free. Here’s a list of what’s in the pack:

CinePlay is a $29 digital media player for the Mac that’s been around for awhile. It recently updated to version 1.3 and added some truly useful features like audio scrubbing and display of waveforms when working with an audio clip.

I wanted to point it out as I used it the other day to log and make notes on over 10 hours of interviews for a job I’m cutting on Avid Media Composer. The Avid really isn’t a good tool for fast logging of media so I exported a .wav file of just the audio and logged them in CinePlay. You can add markers in variety of colors while making comments without stopping playback. CinePlay does a great job of keeping audio pitch-shifted and understandable when playing back at fast frame rates so it’s great for logging. I then exported an Avid Marker List and brought that back into Media Composer

This is a very interesting little tools from Premiere Pro that comes from a developer on the AEscripts website. BeatEdit auto detects beats in music, generates a cut, places markers and more. While I certainly wouldn’t ever recommend just placing any and all your cuts right on the beat of the music this thing intrigues me in that it’s a panel right inside of Premiere Pro accessed via the Extensions submeu. This points to the power of what can be achieved with this panel and I hope developers will continue to extend the power of Premiere using the panel.

Above is a screengrab from the BeatEdit video. 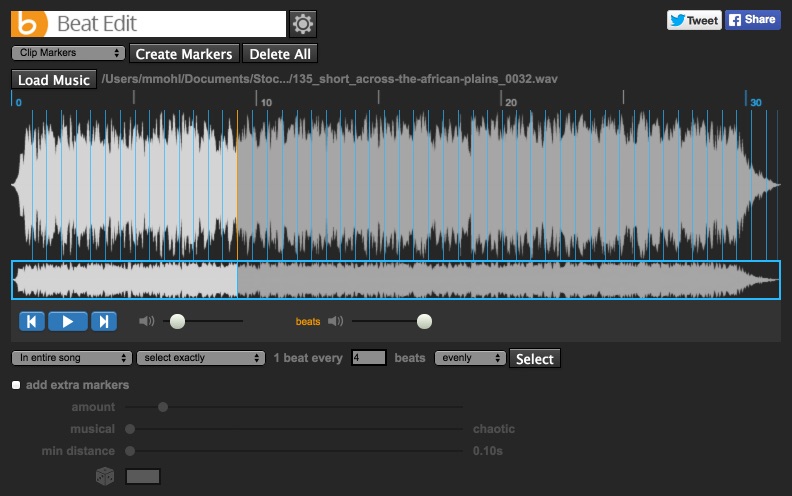 Above is the interface right in Premiere Pro.

This comes from Mamoworld who also creates a lot of tools for After Effects and vfx applications. Their tutorial series digs deeper into BeatEdit. Regular price will be $100 but buy now for a discount.

Speaking of Media Composer if you’re a longtime Avid user you probably know the name Michael Phillips and his amazing Avid resource 24p.com. That website is NOW available in a very nice iPhone app. 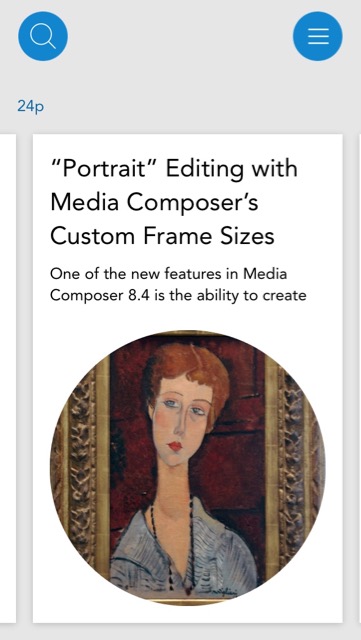 Nothing fancy here just a well made iPhone app full of information. And it’s free.

If you’re a big user of any of the many FCPX products from MotionVFX you probably know about their new mInstaller. Described as your MotionVFX cloud this little app is a way to track all your MotionVFX products, access them anywhere, install and manage them as well as keep track of your licenses. As their product line grows this will come in handy if you rely on their tools. Let’s hope it notifies you less than the Red Giant one.

They also have recently released mMorphCut for Final Cut Pro X. This $59 add-on jumps right on the jump cut fixer bandwagon to compete with Avid’s FluidMorph, Adobe’s Morph Cut and Resolve’s Smooth Cut. Here’s a review from The Edit Room.

I haven’t used mMorph yet but my guess is it’s like all the others, when it works it’ll work seamlessly but when it doesn’t it’ll make you laugh at the result. The answer is still often b-roll.

First of all, if you want deep, deep, deep, training in Resolve 12 editing look no further than Ripple Training’s multi-hour Resolve editing title taught by the creator of the Resolve user manual Alexis Van Hurkman. But if you just want to read an honest review of the editing experience in Resolve 12 this hit up this article on Resolve 12 Editing Experience written by Bart Walczak. Bart has always been a straight shooter on the good and the bad in overall software experience. This caption from one of the images in his article sums up a lot of what I’ve found editing in Resolve 12:

The additions to Resolve 12 trimming and editing make it a viable tool for creative editing. Some options are pretty well hidden though!

Keyboard shortcut guides for all the NLEs

If you missed ProVideo Coalition’s recent about our free keyboard shortcut guides then click back over and get the one you want as Davinci Resolve has been added to the list. All the usual suspects are there, including Sony Vegas. Yes, Vegas.

If you’re trying to learn Fusion this cheatsheet might be helpful.

For my friends learning @Blackmagic_News #Fusion, a quick cheatsheet with some great “101” facts. #postchat pic.twitter.com/KYFqT59FFj

Master Clip mode in Media Composer? Who knew. I haven’t tried this yet.

I had no idea Master Clip mode existed before yesterday. Ringouts with no mixdowns! Timeshifts longer than source! pic.twitter.com/konRNjCqgm

And finally a little inspiration.