ETTR – “Expose To The Right”

Arguably the most effective exposure technique for retaining maximum dynamic range with modern digital cinema cameras is to simply “Expose To The Right”. While many of today’s cinema cameras boast impressive dynamic range specs – in some cases up to 15 stops – they must still be handled properly during production in order to capture the full spectrum of range that they are capable of. 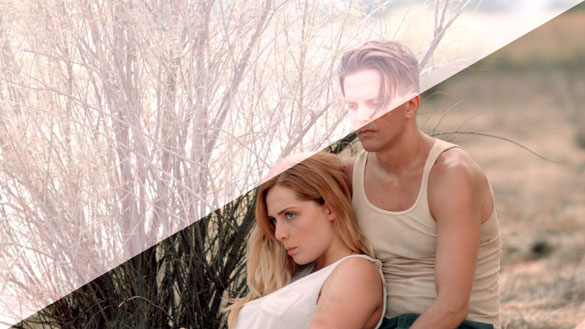 Many filmmakers neglect to understand that cameras that can capture a very high amount of dynamic range (DR), will not always be able to perform at their peak level unless they are under optimal conditions. Many variables such as ISO, picture profiles, recording codecs, and other camera settings can greatly affect any camera’s ability to perform at it’s best.

With that in mind, assuming you are shooting at the base ISO level of your camera (which is where any camera will retain the most DR), and you are using the highest quality codec and/or picture profile available, that doesn’t necessarily mean you are out of the woods just yet. Every camera and every image sensor has different characteristics and quirks, and each respond differently to various exposure techniques based on their unique makeup. For instance, some sensors hold highlight detail extremely well, but struggle to hold shadow detail, while the opposite can be true of other cameras.

Most commonly though, today’s digital cinema cameras tend to hold highlight detail better than shadow detail, which is where the Expose To The Right (ETTR) technique comes in.

The general concept of ETTR is quite simple. The idea is to intentionally overexpose your shot so that when the footage is later brought into the color suite, it can be manipulated to bring out the maximum amount of DR possible. Seeing as the majority of digital cinema cameras hold highlight detail better than shadow detail, exposing at a neutral point (or underexposing) can create noise in your shadows, especially once your footage is color graded.

Conversely, footage that is slightly overexposed will hide any noise or grain in the shadows once the footage is color corrected. Assuming the shots are one or two stops over exposed, they will need to be brought down significantly (exposure-wise) in the edit suite, which will not only bring back a lot of highlight detail, but will simultaneously crush the shadows down, making them clean and noise-free.

The ETTR technique can be best achieved by following these simple steps:

As stated above, the ETTR technique is heavily dependent on your image being over exposed. That said, you don’t want to over-expose it so much that you lose detail in your highlights, as that will leave you with a less than desirable looking final product. Often times, I recommend setting the zebras on your camera to 95% or 100% and setting your exposure as high as possible before the zebra stripes appear on your footage. This may make your image look very washed out on the camera monitor, but assuming it is not actually clipping to white, you are exactly where you need to be to hit record and move on to the next step.

Once you’ve brought your footage into your NLE or color software, the first step will be to bring down your highlights. For instance, if you have a shot of an actor standing in front of a bright sky, before making and color or contrast adjustments for skin tones, be sure to pull your highlights down so that any detail in the sky is brought back.

From there, you will want to adjust your mid tones, and shadows in the same way. Once complete, your image should look properly exposed and your shadows should be very clean.

On certain cameras this technique is so effective that the amount of retained dynamic range can actually make your image look like an HDR photo – where everything is hyper-realistic looking. Chances are this isn’t the look you are going for, so you will likely want to make some additional contrast and color adjustments to help everything blend together.

Depending on how your image looks after the last step, you might need to add some additional contrast to the shadows make your image feel more natural, and reduce the saturation to avoid unrealistic or pastel looking colors. Once it’s properly balanced, you may still want to continue grading the image for style by making further color adjustments, but the bulk of the work with regards to retaining DR will already be behind you.

Keep in mind that although this technique can work wonders on many digital cinema cameras, you will want to experiment with your specific camera first to see how and where it holds the most amount of DR. Some cameras need to be more overexposed than others to achieve these results, so be sure to shoot some test shots at various exposure levels before deciding on which settings are best for you and your camera package.

Noam Kroll is an award winning film director, cinematographer & colorist based out of Los Angeles, California. His work can be seen regularly at international film festivals, on network television, and in various publications across North America and Europe. Originally breaking into the entertainment industry as a DP and editor, Noam developed a very distinctive visual style early on in his career which continues to fuel his creative work. After many successful years of directing his own short and feature film content, he formed Creative Rebellion, a full service post-house that has been instrumental in the completion of hundreds of films, commercials, and television programs. As part of an effort to give back to the creative community, Noam launched a blog – www.noamkroll.com – in the fall of 2012 which has since grown to become a burgeoning resource for independent filmmakers, producers, cinematographers, photographers, and editors alike. His educational and inspiring articles are continually released through prominent industry publications, news sites and popular blogs. Currently, Noam is developing his feature film titled “Ivy” which is slated to shoot later this year. Noam has produced various webinars for Moviola and they can be found here.