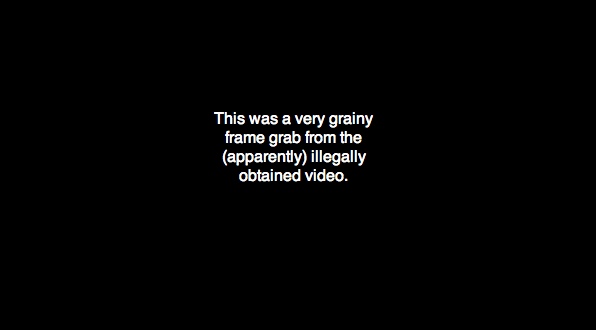 Whooo Hoooo!!!!! Today I got my first ever “takedown” notice for a blog entry! I guess if you write about and cover any industry that deals in product launches and trade secrets for long enough then you will eventually post something that someone doesn’t like. Usually it’s just an opinion of some software or a certain hardware product but every now and then you might be posting something that really shouldn’t have been posted in the first place. Apparently that’s what happened yesterday when I posted a link to a video that a recent new Twitter follower had posted of an event at RED headquarters. Apparently he wasn’t supposed to be videoing this event as some powers-that-be at RED asked for the video and links to be removed. The video really didn’t show that much especially now that the RED ONE is out in full force in the world. But hey, the last thing I have time to worry about or mess with is some lawyer with too much time on his/her hands harassing me for linking to some other dude’s illegally obtained video. So off the link goes. Of course with the Internet these days, is any video really gone for good?

So I got a new Twitter follower recently and as I was poking around his website and I saw this link to 4 new movies. One of those links was titled RED HQ. From Nathan’s RED HQ entry:

I got to go “somewhere near LA” and check out the inside of Red’s HQ, where the RED ONE camera was born. They showed us a couple of 4K movies, and offered hands on training with the camera and post software. It was insanely cool. In addition to that, I also went to Mexico, which has some interesting shots. Also check out the still images from the trip Right Here.

Nathan posted a video to some time he spent at RED’s headquarters (or some other very official RED looking event). The camera wanders around and shows RED ONE cameras, parts and pieces, a big projector on some scaffolding as well as what looks to be Red Leader Jim Jannard himself discussing the camera in an informal setting, cigar in hand. I don’t know anything more about the footage than what is on the poster’s website but it was kinda fun to wander around the place. Anyhoo …