Powered by MRMC, and VŪ Studio, the Unreal Ride is a ground-breaking virtual production that takes visitors through a virtual environment that is indistinguishable from reality. 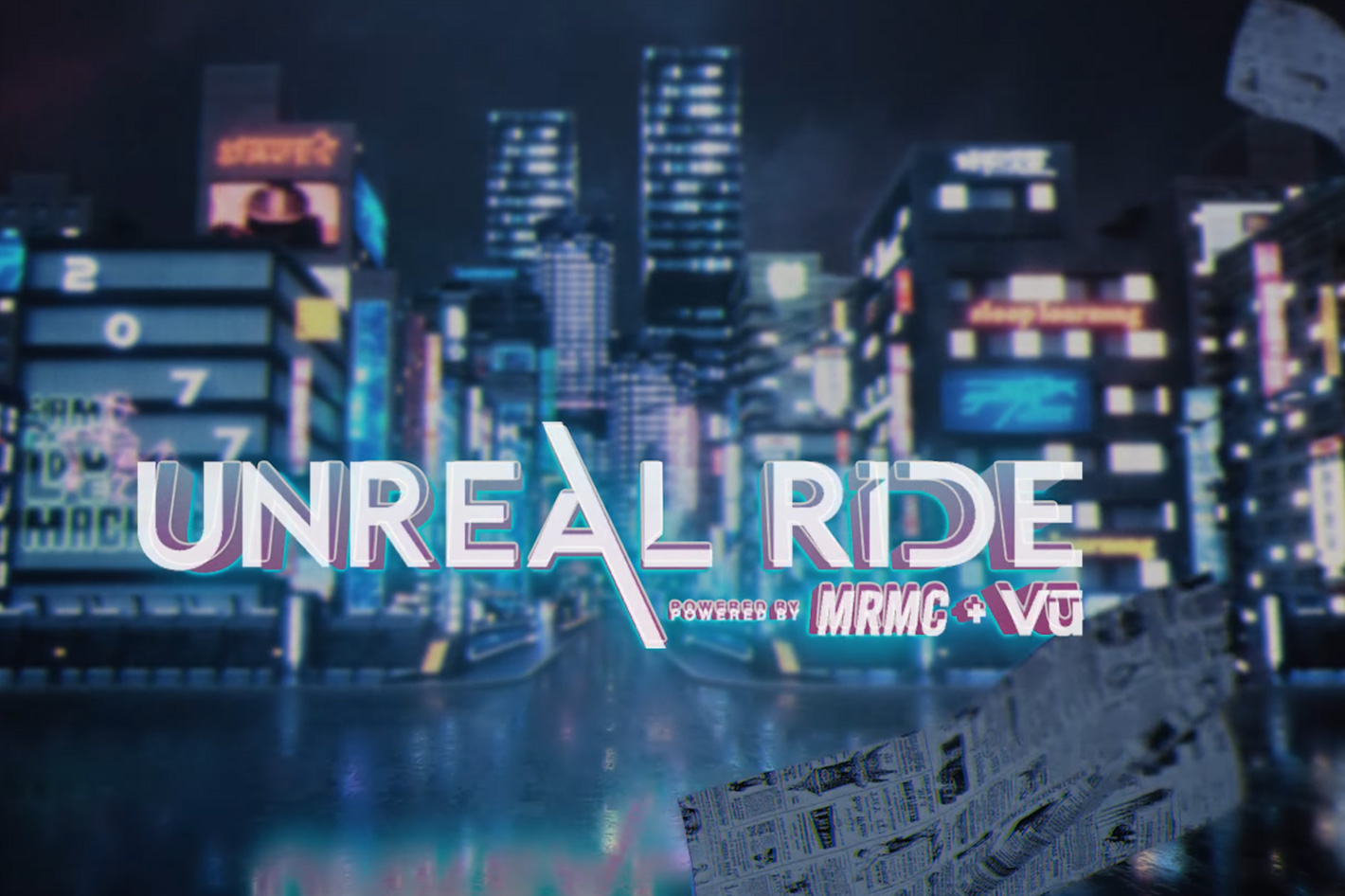 NAB attendees will be able to take a ride in this hyper-realistic simulation where they will be able to virtually ride on a motorcycle through a futuristic metropolis, created in Unreal Engine.

Mark Roberts Motion Control (MRMC), a Nikon company, is returning to NAB Show at the Las Vegas Convention Center this April to demonstrate some of the most innovative technology from the world of camera robotics and integrated broadcast solutions. MRMC will have demonstrations of its products at different locations at NAB, but the company has also with Vū Studio for a ground-breaking virtual production collaboration… and attendees are invited to the experience. 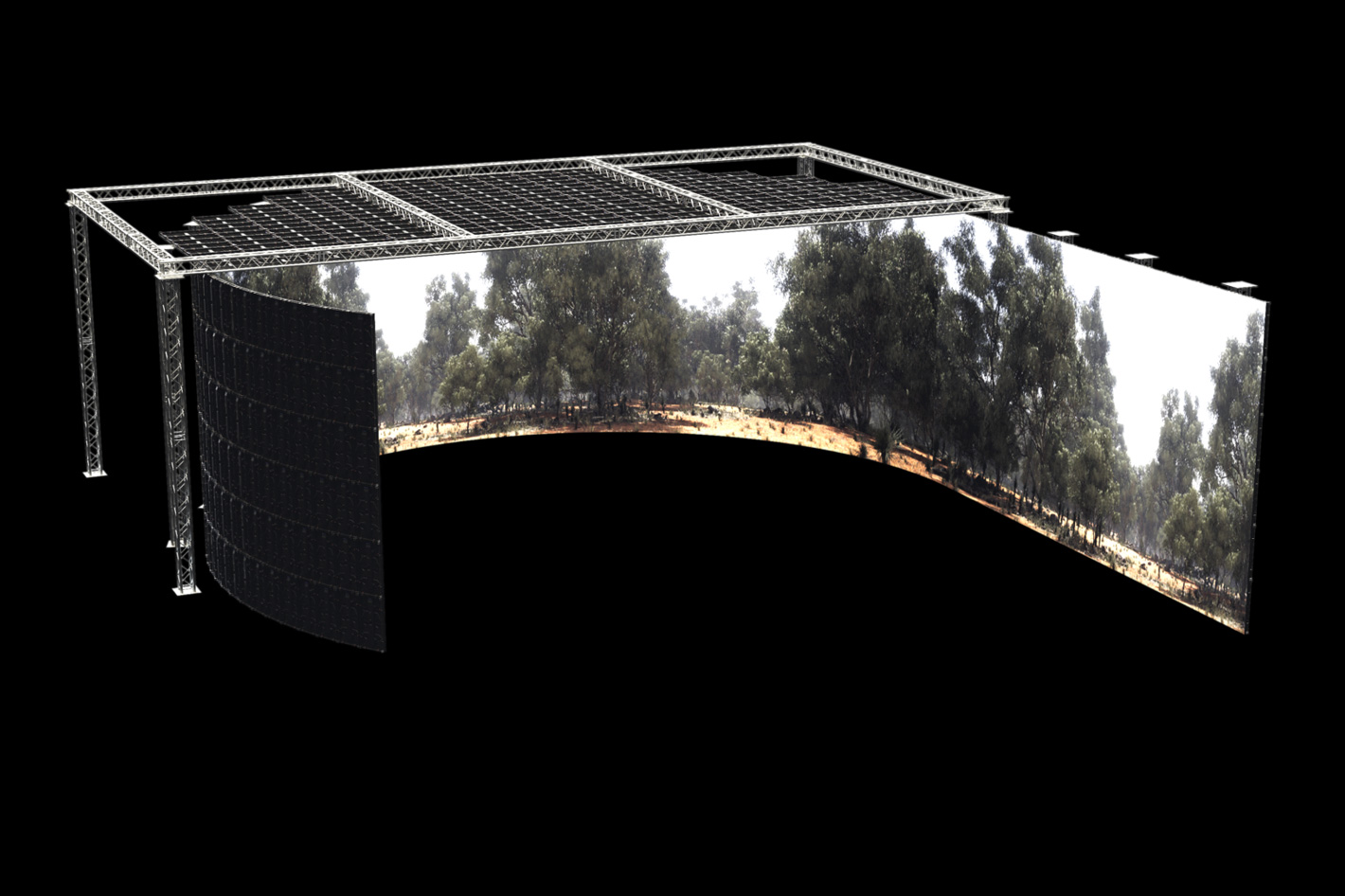 The video used to promote the Unreal Ride experience was released recently, but it does not give clues about what is being prepared. What is known now is that attendees will be able to take a ride in a hyper-realistic simulation where they will be able to virtually ride on a motorcycle through a futuristic metropolis. Created in Unreal Engine, this experience utilizes a Vū LED wall for visual display and a Bolt X Robot from Mark Roberts Motion Control for precise motion control.

Because Vū Studio has also partnered with Puget Systems, who is now the preferred workstations provider for the entire Vū network across the country, we know that Puget Systems high-end workstations will be used to power the LED volumes used in the Unreal Ride. The other hardware company present is Mark Roberts Motion Control, responsible for the precise motion control system that will make the magic happen. 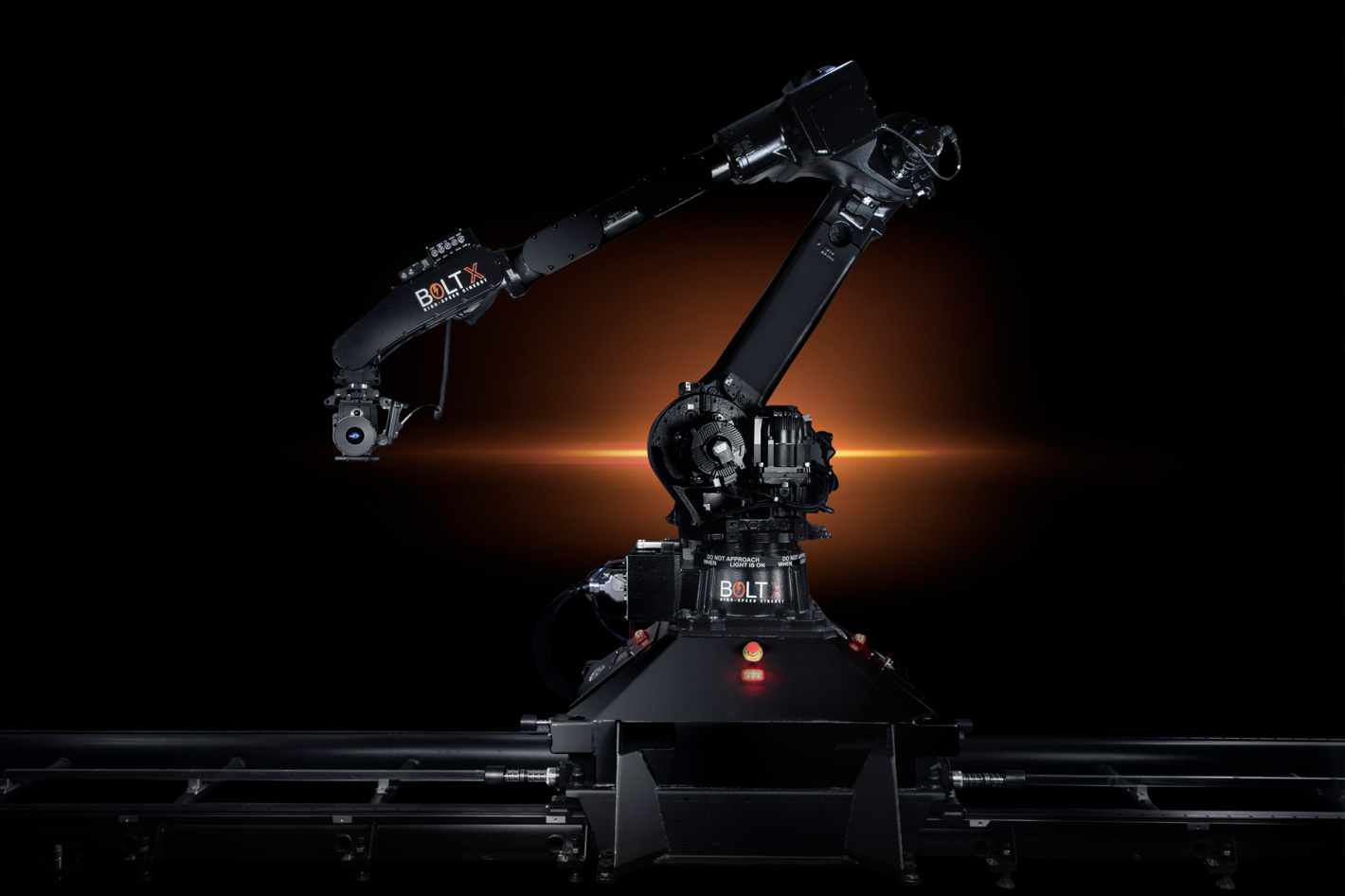 Take home the video footage of your ride

MRMC and Vū Studio’s joint demonstration of the two companies’ technologies that elevate video production capabilities to unprecedented levels, promises to be a unique experience for those attending the NAB Show on its return to Las Vegas. The interactive immersive virtual production experience will allow participants to capture a video of themselves moving through a gallery of virtual environments as if it were the real thing – all completed in 15 seconds without leaving the show floor!

The video footage will be given to each participant via a code to share on their social media channels, and will be captured by the Bolt X Cinebot, which has the longest arm reach of MRMC’s high-speed cinema robots. With a reach of 3.2m, the Bolt X allows for greater flexibility in capturing shots at high speed in the studio and at location settings.

“We are excited to partner with Vū Studio at this year’s NAB Show conference. The experience we’ve crafted with them for NAB Show will showcase how our motion control technology, coupled with Vū Studio’s Virtual Production LED Volumes, will create a hugely exhilarating and unique video production for visitors to the show,” said Dan Brooks, Head of Marketing at MRMC.

Daniel Mallek at Vū Studio added, “By connecting our LED wall with the Bolt X robots motion data, we are able to create a virtual environment that is indistinguishable from reality. The possibilities of MRMC’s Motion Control technology paired with our LED Volumes are truly endless, that’s why they are game-changers for the industry.” 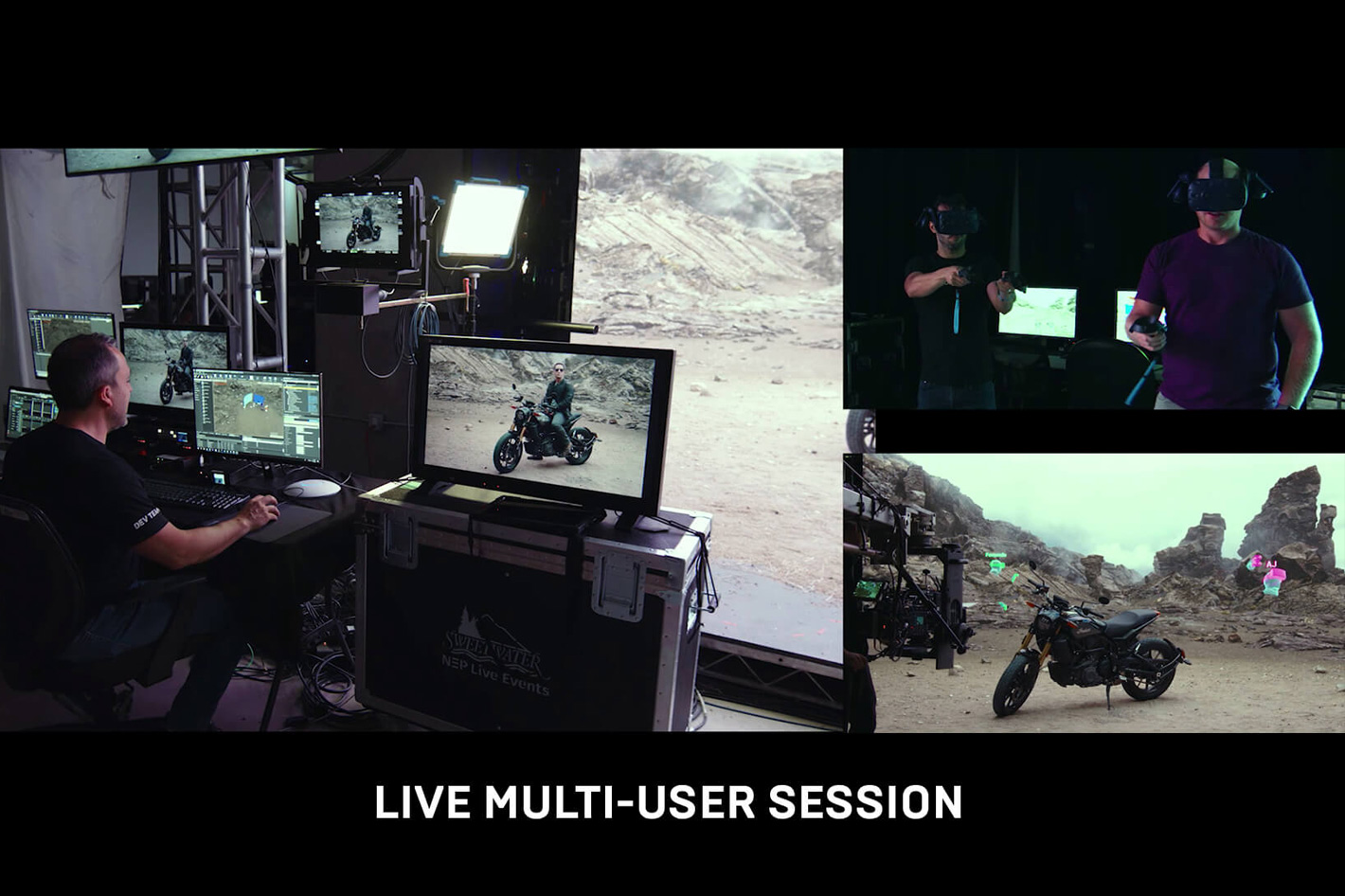 In terms of software, the solution has a name: Unreal Engine. The experience was created using the game engine turned Virtual Production tool from Epic Games, one where we’ve seen, previously, examples of Virtual Production options using motorcycles on stage. This new example takes things a step further, by adding a whole metropolis, which is probably the huge, bustling, and explorable open-world city introduced with The Matrix Awakens: An Unreal Engine 5 Experience, which ProVideo Coalition covered previously.

The sixteen kilometers square, photoreal, and quickly traversable city built to showcase the power of Unreal Engine 5, recently released, is populated with realistic inhabitants and traffic. The experience is a tangible demonstration that UE5 offers all the components you need to build immersive, ultra-high-fidelity environments.

The city comprises seven million instanced assets, made up of millions of polygons each. There are seven thousand buildings made of thousands of modular pieces, 45,073 parked cars (of which 38,146 are drivable), over 260 km of roads, 512 km of sidewalk, 1,248 intersections, 27,848 lamp posts, and 12,422 manholes. Nanite intelligently streams and processes those billions of polygons, rendering everything at film quality, super fast.

Epic Games released a free downloadable sample project – The City Sample – that reveals how the city scene from The Matrix Awakens: An Unreal Engine 5 Experience was built. The project—which consists of a complete city with buildings, vehicles, and crowds of MetaHuman characters—demonstrates how we used new and improved systems in Unreal Engine 5 to create the experience. In addition to the complete sample, the content is available in separate packs, so you can download just the vehicles, for example.

The experience Unreal Ride at NAB 2022 represents a very good reason to visit the Las Vegas event as NAB returns as an in-person event show. If you’ve a chance to go to Las Vegas, don’t miss the motorcycle ride that Mark Roberts Motion Control and Vū Studio are offering. The exhibit will be on display in the central lobby, location CL2. 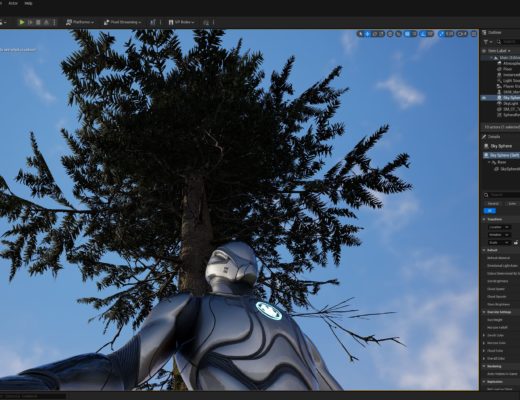