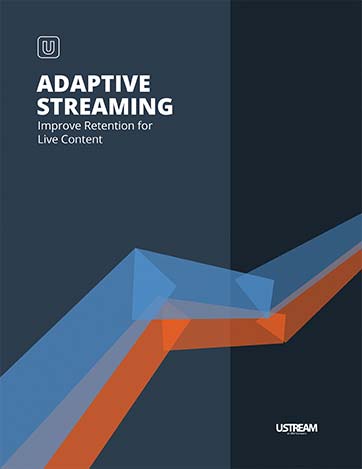 As video editors in the modern age of the Internet we have to deal an awful lot with Internet video. This could be YouTube uploads, Vimeo clips or even files loaded onto a dedicated server that is meant to supply those video files to an end user. Increasingly we are in a world of streaming video and that concept is becoming more important as Internet video continues to soar in popularity. Live video streaming is easier now than it ever was before with everything from a Teradek powered studio down to an iPhone running Periscope being an option for live streaming. In all this discussion of Internet video comes the concept of compression, a subject near and dear to the video editor’s heart as have to know our DNxHD 115 from our ProRes 4444. Our H.264 from our WebM. The more compressed your video file the smaller the file will be and in return the faster it can be delivered to the end user. But smaller, more compressed video means less quality and we all want our videos to stream at its highest quality. It is a balancing act and one we’ve been struggling with for years as we tug and pull at sliders in compression apps like Squeeze, Compressor and Media Encoder.

The other part of this Internet video discussion involves bandwidth. The faster the connection of the end-user watching the video the better quality video they can see. If you’ve ever tried to watch video on a 3G Cellular connection you know what an exercise in frustration this might be. Sure we live in a world of LTE and Wi-Fi everywhere but there are still occasions (be it in rural part of north America, the depths of the concrete office building, or in many other countries) when I see the 3G icon pop up in the corner of my phone. This is not good for video streaming.

Bring compression and bandwidth together and we have what, in a nutshell, makes up Internet video. While those are two of the most important terms when it comes to serving up video via the Internet there are others. As a video editor I have just enough knowledge of streaming video and video compression to know what “progressive download” and “fast start” means. As a video consumer I also know what “buffering” means and I don’t like to experience it. Some of those are terms from an Internet age gone by but buffering is not. Today the term “adaptive streaming” is also thrown into the mix and while a video consumer might not know what that means we’ve all experienced it when watching Netflix.

Adaptive streaming is one of those somewhat new terms when it comes to Internet video, especially in the consumer’s eyes. As video editors creating video content deliverables for our clients (usually in an H.264 file wrapped in any number of containers) we often walk that tightrope between compression and file size. It might take multiple compression attempts of a 6 minute final delivery file to get that balancing act between file size and video quality just right. Imagine that file being a multi-hour live event that is streaming to thousands of viewers who will have varying degrees of connectivity. That’s where adaptive streaming will come in very handy. But it’s not something that video editors are going to be serving up off their favorite desktop compression application just yet.

Technologies like adaptive streaming is where companies like Ustream come in. They are developing compression and streaming technologies that are way beyond the desktop compression we know and use (and sometimes love). Their recently created white paper ADAPTIVE STREAMING – Improve Retention for Live Content goes into more detail about how adaptive streaming works in today’s Internet-video-viewing age.

And why is it important? One word: buffering.

Buffering is one of those dirty words of Internet video. If you were around in 2006 when Time magazine’s Person Of The Year was … You (not only You exactly but sites like YouTube who made user generated content a force to be reckoned with) you probably remember the early days of Internet video quite well. It was often defined by … … … buffering. We accepted it then because we didn’t know any better but today’s ever faster Internet connections and ever shorter attention spans means people won’t accept buffering as a way of life when viewing streaming video.

Let me make another comparison. Most people working in video creation have heard the idea that people will watch content with bad video longer than bad audio. If you can’t hear it you will turn the channel. Streaming video adds another layer to this question of when people will turn off programming. They will click away (we’re not really turning the channels anymore) when the video has to buffer and Ustream’s white paper goes into greater detail about buffering and the impact it has on viewer retention. If you can’t hear it people won’t watch but at least they give it a chance before determining it’s too hard to hear. If you can’t even see the video because it has to buffer you won’t even get that chance. Video buffering is the bad audio of the internet streaming age.

I agreed to write this article about Ustream’s white paper because I wanted to better understand Internet video in general (I never thought about playback window size being a factor in the video I am being streamed), but more specifically how adaptive streaming works and what it means to a video editor like myself who has to create video that will be played back on the Internet. While presently adaptive streaming is reserved for video programming beyond my pay grade that might not always be the case in the future.

To help me (and perhaps you the reader) get a grasp on both adaptive streaming and Ustream’s role in this technology I spoke with Ustream Product Marketing Manager Anthony Romero. I posed a series of questions to Anthony after reading the white paper. These are all things I wondered about adaptive streaming as a technology and Ustream as a company.

What is Ustream to the end user viewing the content?

Ustream is platform that a content creator is using to distribute their video content to the end user. The end user can be accessing that content, which can be live or previously recorded, in a variety of ways that include it being embed on a website or directly from a Ustream channel page.

Seeing the word “live” many people think live television. In the context of adaptive streaming and the white paper, is saying “live” truly live streaming (think Periscope or Meerkat) or are we just talking any streaming video in general as opposed to a progressive download of video?

In the context of the white paper, live streaming is actual live streaming done through an encoder (which can range from a professional unit like a TriCaster to a mobile encoder app). We are talking a delay in the magnitude of 30 seconds or less versus the live subject matter. In terms of how this functions with Ustream, the content creator is broadcasting to a specific address that Ustream then distributes over a global network for large scale and worldwide delivery. So Ustream makes the content management easy.

To utilize adaptive streaming, a broadcaster either has to send us multiple live streams inside the encoder or (and this is more impressive compared to other solutions) send us one high quality feed that we can then transcode in the cloud to create lower bitrate versions. So the more impressive use case example is the broadcaster sends us a single, HD feed and we create lower bitrate versions as to not exclude people with a slower connection from watching the live broadcast.

Adaptive streaming is probably most seen when watching Netflix (at least that’s how I understand it being implemented). Do popular online/short form video streaming sites like YouTube, Vimeo and Facebook use adaptive streaming?

Yes, on demand solutions like YouTube use adaptive bitrate streaming. I’m not sure on Facebook, as they did not in early 2015 but have added it for stuff like their 365 videos so it might be a global feature now. Some services will do this only on the initial detection, so when the viewer first starts to watch. Netflix’s famous implementation (and Ustream does this too) is different and will continue to check to see if the connection speed of the viewer has changed and if so to change the bitrate and resolution quality accordingly.

If a company had, for example, 50 training videos of 10 minutes in length (or 5 half hour promotional pieces for consumer consumption) that they wanted to be as sure as they could be that the viewer (be it an employee or customer) watched the whole thing, how would they best utilize Ustream adaptive streaming technology to make sure those target viewers didn’t experience buffering.

That implementation is a little outside of the paper. Right now the adaptive technology is only for live streaming video, although adding this to previously recorded content is an upcoming feature on our roadmap. That said, adaptive streaming would help to ensure they were given an optimal viewing experience based on their connection speed. As a side note: if the company really wanted to be as sure as they could be that the employee watched the full thing, they probably want to sign up for Ustream Align which tracks (in seconds or as a percentage of total content) how much time a particular viewer spent watching a video asset. 😉

As video content creators we owe it to our video viewing audience to make the viewing experience as painless as possible. As video editors on other people’s projects we might be in a position where we know a bit more about technology than the client. Understanding technology like adaptive streaming is just one step in knowing how best to help our clients deliver that video. The Ustream ADAPTIVE STREAMING – Improve Retention for Live Content white paper is one step in helping to understand the many forces in play when it comes to Internet video. While it is important to know these things as a way to deliver value to our clients it’s also important for us to know what’s going on when I suddenly get pixelated video while watching the bald eagle nest livestream with my kids in the Internet deadzone of my kitchen. Since it’s Ustream adaptive streaming I know to just move to the dining room and HD returns without playback ever stopping.

Kids happy, crisis averted. Now to move on to the shark stream.