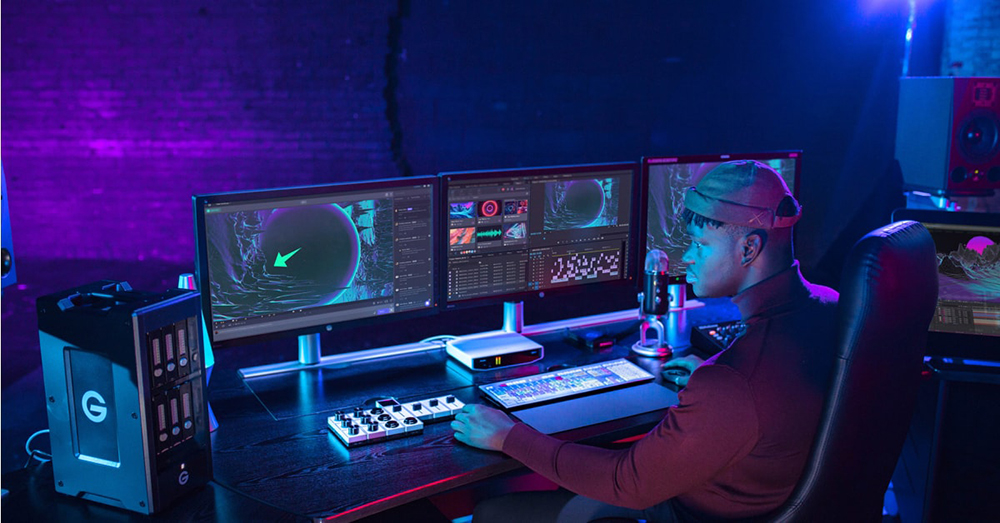 Few can argue with the notion that the media & entertainment industry has been democratized in an incredible manner. Gone are the days of hardware and software that required years of training to even touch, but those barriers related to access have been replaced by logistical challenges related to that same hardware and software. If you have a crazy-good processor and a top-tier GPU, but your storage is too slow, you won’t be able to handle a multicam setup at full resolution. Or you might have some fast SSDs for a smooth multicam experience, but if you don’t have enough RAM, your system is going to choke on renders.

Financial constrains force many editors and filmmakers to make significant trade-offs to optimize their workstation for a couple of specific tasks. Such decisions end up negatively impacting projects in numerous and untold ways, but there’s often no other choice. Fortunately, the Frame.io Dreamstation Giveaway has been designed to provide one lucky winner with countless choices.

Over 25 items, from the displays down to the motion graphics software, were meticulously selected and assembled into a cohesive and powerful workstation. That meticulous selection process was a calculated one, and it’s something Emery Wells, co-founder and CEO of Frame.io, was able to approach from the perspective of a person who would need use this exact type of system.

“Frame.io was started in a high-end postproduction facility that pioneered 4K workflows in the early days of the RED ONE,” Wells told ProVideo Coalition. “I’m no stranger to building top of the line workstations. Today, we’re pushing the boundaries into 8K and higher. To stay on the cutting edge of cinema, you need cutting-edge tools. Whether you’re making your own feature or running your own facility, the Frame.io Dreamstation is every bit of hardware and software you need to stay at the top of your game.  I’ve designed the Dreamstation as my own ideal workstation; this is what I would build for one of my online editing or color grading bays.”

Over $62,000 of hardware and software are included in what has been dubbed the ultimate post production work station for Adobe Premiere Pro® CC, Adobe After Effects® CC, and Frame.io. The package has everything needed to edit and grade up to 8K, 12bit video effortlessly, and on November 7th, one lucky winner will receive this ultimate dream workstation.

Frame.io isn’t being shy about proclaiming this package to be “every video editor’s dream”, and it’s clear they gave plenty of time to CPU and GPU considerations. However, it’s the attention paid to elements like storage that provide them with the best justification for that kind of title, because those are the things that professionals don’t always focus on when assembling their own “dream system”.

“When it comes to storage, ‘more and faster’ is great of course, but it’s also important to think carefully about your storage configuration and the workflows you’ll encounter on an actual project,” Wells continued. “The Dreamstation is designed with 6 separate volumes, to maximize performance. The OS runs on its own dedicated SSD. This is crucial. We then have a 4TB SSD RAID, exclusively for your Scratch Disk. If you’re doing high-res work, the scratch disk can really take a beating. This particular scratch disk will be capable of 6GB/sec. There is yet another drive exclusively for project files. Premiere and After Effects project files can get quite large, and a separate SSD for project files makes opening and saving significantly faster. The 5th volume is a 30TB internal RAID because you can just never have enough. It’s a spinning disk RAID, so it’s best used for your less frequently accessed media. Last but not least there is a 64TB external G-Tech RAID which will be your primary media volume.”

The ever-larger video files that are becoming normalized means that it’s critical to consider the size of projects you may be cutting in the next couple years, not just the ones you’re cutting right now. It’s a system that is designed to ensure users don’t have to worry about bitrates and file sizes and that you can handle whatever 6k or 8k footage your clients give you. You can throw whatever effects you like onto the timeline, without wondering whether they will choke your system and force you to stop and transcode. Plus, 100TB of storage means that you can keep backups of your entire project on hand at all times.

The Frame.io Dreamstation includes a Frame.io Business license, a license of Adobe® Creative Cloud® with an Adobe Stock credit, an HP Z840 Workstation, an NVIDIA® Quadro® P6000 graphics card, a Flanders Scientific Broadcast Monitor, a G-Tech G-Speed Shuttle XL, a Wacom Cintiq 27QHD, ADAM Audio A7X studio monitors, a Red Giant software package and much more. Those are just the highlights though, you can see the full list below:

Frame.io will be announcing the Dreamstation winner on November 7, 2017 at 1 PM EST on its Facebook Page and YouTube channel, but really, everyone who enters is going to be a winner. Qualifying entries will receive a free 30-day trial of Frame.io Pro and Adobe Creative Cloud.

After looking through that list, you might be wondering if there’s anything this package doesn’t come with. We actually asked that question, and while we envisioned the answer would be a simple “no”, but the actual reply was a bit more enlightening, and reinforces the thought that went into this offering.

“The main thing that we considered adding was furniture,” Wells concluded. “As cool as it would have been to include a slick desk and chair, the furniture really needs to match the space, and so we put our efforts into building a workstation that can adapt to any desk setup. For the hardware and software that are core to the Dreamstation, we didn’t hold back.”

Enter for a chance to win! 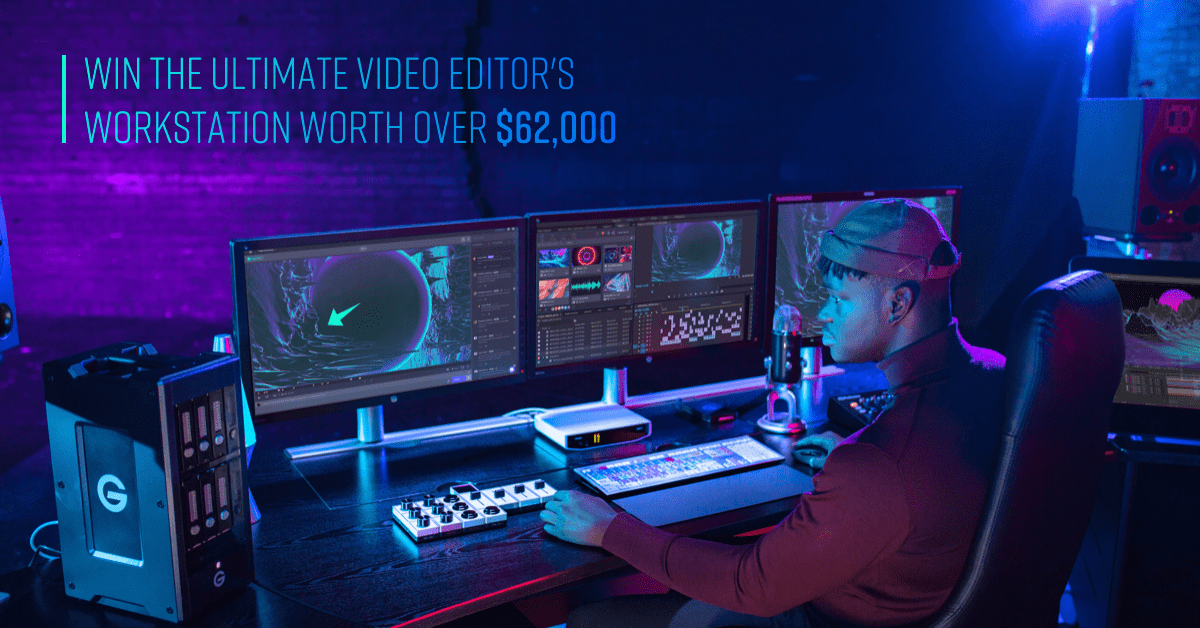