Editors for the newly published memoirs of A. Arnold “Buddy” Gillespie will be signing “The Wizard of MGM”.  Buddy Gillespie, as the Head of the Special Effects Department at MGM Studios from 1924-1965, contributed to  such movie classics as Wizard of Oz, Ben-Hur, Forbidden Planet, 30 Seconds Over Tokyo, and Tarzan. The 384 page book includes hundreds of never before published photographs, illustrations, technical details, and whimsical stories of the Golden Age of Hollywood at its largest Dream Factory.  With an introduction by Spencer Tracy and Katharine Hepburn. www.wizardofmgm.com 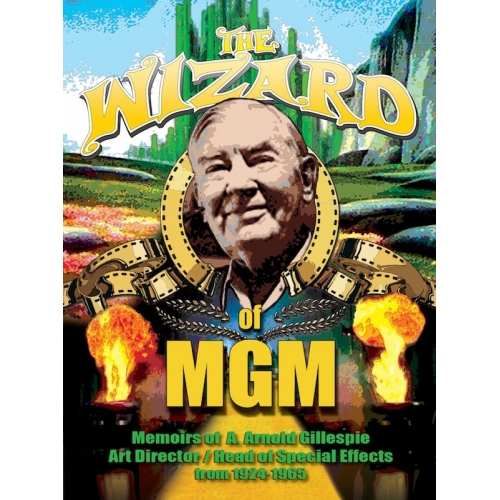 Veteran effects artists will be signing the documentary DVD “Sense of Scale”, a personal behind the scenes look into the fantastic miniature world of movie special effects as told by the model makers themselves.  These contemporary artists bring such features as Star Trek, Star Wars, Batman and many more to life. www.senseofscalefilm.com

Philip J. Riley, co-editor of “The Wizard of MGM” will be signing “Horror of Dracula” and “The Invisible Man”, alternate film history tales for horror movie classics.  Film historian and author, Philip J. Riley has contributed to the horror genre for the past 40 years, including historical references for “Frankenstein”, “The Hunchback of Notre Dame”, and “London After Midnight”.