for iOS and beyond

trackFinger AE is new iOS app (on the App Store) that allows you to record the movements of up to 10 fingers on an iPad, and then send tracking data as keyframes in e-mail text to paste into Adobe After Effects. But wait, there’s more!

trackFinger AE is new iOS app (on the App Store) that allows you to record the movements of up to 10 fingers on an iPad, and then send tracking data as keyframes in e-mail text to paste into Adobe After Effects. But wait, there’s more!

◊ A few weeks after this post, Chris Meyer published a whole course at Lynda.com that discusses mocha AE and the RotoBrush to solve some of the pieces of the puzzle. Screen Replacement in After Effects introduced the course. 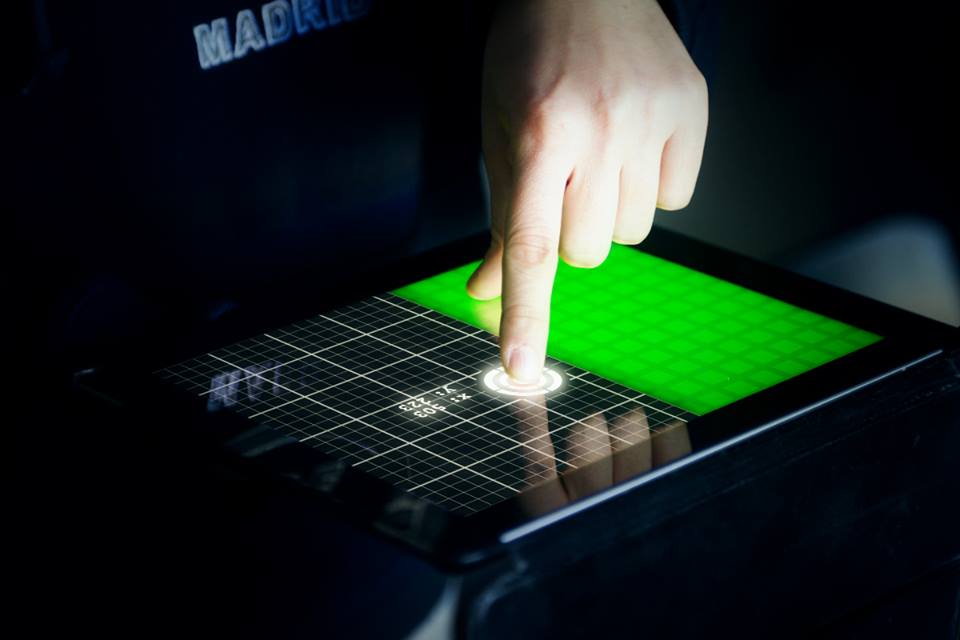 The trackFinger AE app, noted by kita keiju, is designed by some Italian fellows (@trackFinger or Facebook) and should work on any iPad running iOS 6.0 or later. A free update coming in a few weeks should work on the iPhone 3GS or later. Here’s the promo and one of the tutorials. They use a camera to record the scene, while hand movement for sprite animation is recorded on the device itself.

Later, Mikey Borup posted Trackfinger for After Effects review and tutorial, and held a giveaway, which ends March 20th at 11:59 PM EST.

In June 2015, CNET posted How To – Record your iPhone’s screen with a Mac for free. Just record a movie with QuickTime Player and change device source to your iPhone.

More apps record an iPhone, iPod or iPad screen, like Reflector, which works with Mac OS or Windows 8. The same company makes other similar useful apps as well.

There are similar apps, like Reflection, as shown in iPad Tip: Screen Capture by Ryan Boyle. He shows how to wirelessly mirror an iPad or iPhone screen on a Mac desktop through Reflection, which you can then screen capture (even with QuickTime Player).

Screen replacement and tracking tutorials for After Effects has been its own cottage industry since the early years, but manipulating screen content (the goal of trackFinger AE) has not been a focus of tutorials. In the trackFinger AE tutorial above though, it seems that a different finger could be tracked and offset to match the index finger.

For more on tracking and screen replacement in general, check out these resources (though none involve animating touch screen gestures):