If you’re rendering with the defaults, you’re doing it the slow way.

Today’s tip is prompted by a tweet that appeared last evening from Jim Geduldick of finalcutuser.com and AENY, the NYC After Effects user group, reminding the owner of a new 8-core Mac that Compressor works best when using fewer than all 8 cores. The thing about that tip is, by default, Compressor only uses a single core to render regardless of how many are on your computer, so first you must understand how to get past that limitation.

There are various sites that explain how to switch to multi-core rendering in Compressor’s Batch Render; the most helpful being a now somewhat dated (using a dual core G5) but still accurate video from Creative Cow in which Ben Scott shows the setup (I had to download it – does not seem to be embedded).

The steps to set up Compressor for multiple processes are:

I was puzzled at first that I didn’t see a video picked up by all the processors in Activity Monitor until I saw the tip at the end of Ben’s video explaining that Compressor isn’t often able to split processes with a single clip, but can do so either with multiple source clips or with a QuickTime Reference movie (not flattened) containing several source files. 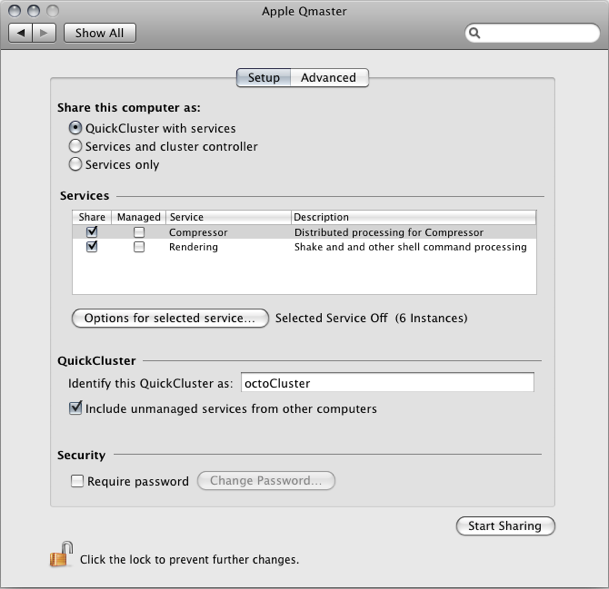