The 22nd Annual Cine Gear Expo runs between 1 and 4 of June, and 360 video and VR solutions are going to be on display from multiple companies. Timecode Systems is one of them. 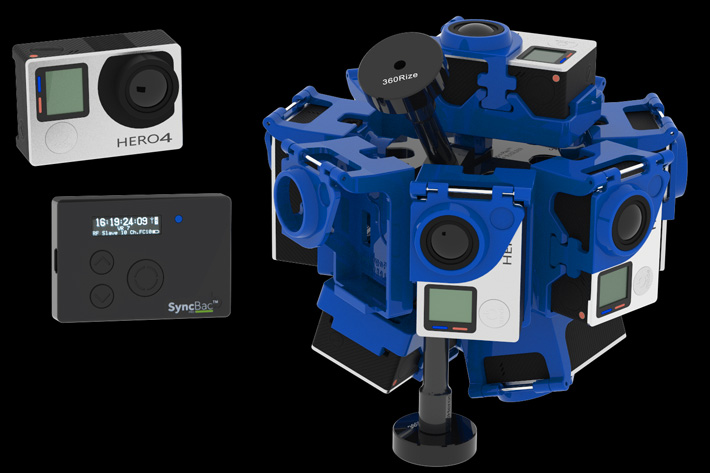 The modular, multicamera VR rig launched in April by Timecode Systems and 360RIZE will be on display at Cine Gear Expo 2017, along with other solutions for VR production and postproduction.

NAB 2017 is over, but Cine Gear Expo 2017 is round the corner. During the 22nd Annual Cine Gear Expo, which returns to the landmark Paramount Studios on June 1-4, 2017, attendees will have the opportunity to explore and compare the latest tools and services in filmmaking technology in a relaxed Hollywood studio environment. Among the 300 exhibits expected at the event, Timecode Systems will be showcasing not only a new, cost-effective way to streamline multicamera production workflows using the UltraSync ONE, but also demonstrating how its system can now be configured to offer efficiency benefits to professional VR workflows.

According to Timecode Systems, UltraSync ONE redefines industry expectations of small, budget-friendly sync boxes. The company adds that “size and price are important factors when it comes to timecode solutions, but not at the cost of the quality of the sync and the confidence that battery life will last an entire day of filming.” 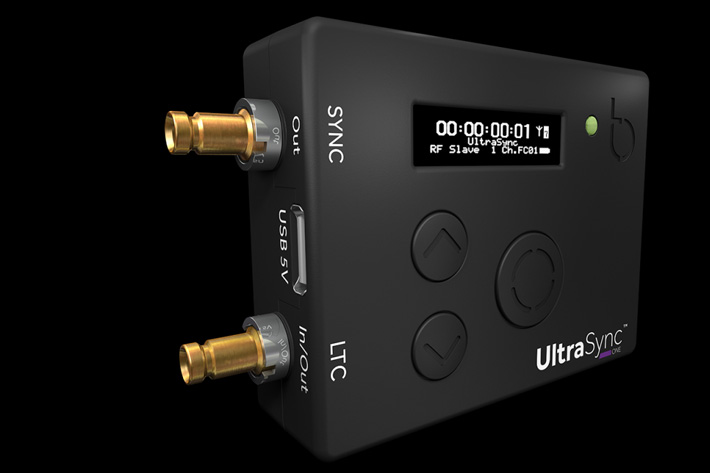 Measuring 55mm x 44mm x 17mm, weighing only 39g, offering a battery life of more than 25 hours and priced at just $299, UltraSync ONE is, claims the company, “the smallest, most cost-effective generator and transceiver on the market to provide timecode, genlock for camera sync, and word clock for sound, all synchronized wirelessly and with sub-line sync accuracy over bi-directional BLINK RF. These combine to provide synchronization to such a high degree of accuracy that it’s suitable for even genlock-synchronized 360-degree VR arrays.”

In April Timecode Systems and 360RIZE launched a modular, multicamera VR rig designed to house GoPro HERO4 cameras with SyncBac PROs attached. Now the SyncBac VR solution expands to include more custom VR rigs. The company believes that “the momentum for developing VR technology is showing no signs of slowing down, but there is one thing that has persistently frustrated 360 content producers — the lack of a professional alternative to the time-consuming, manual process of synchronizing multiple streams of non-timecoded GoPro footage.” Timecode Systems believes the system they introduced and now perfected is a viable solution for the industry.

The original solution showed how the SyncBac PRO solution can be applied to remove the guesswork from 360-degree filming by enabling cameras to be timecode-synchronized at the point of shooting over RF, and also how multiple cameras in a VR rig can be controlled simultaneously from a tablet using the BLINK Hub app.

At Cine Gear Expo 2017, Timecode Systems is expanding the application of its SyncBac VR solution by demonstrating how UltraSync ONE could integrate into other custom VR rigs, creating an opportunity to use professional genlock sync for 360-degree filming.

In terms of VR postproduction the company also has a new solution to save time, based on Timecode Systems integration with Kolor’s Autopano Video Pro. Time aligning files from the multiple cameras in a 360-degree VR rig can be a manual and time-consuming process if there is no easy synchronization point, especially when synchronizing with separate audio. Visually timecode-slating cameras is a disruptive manual process, and using the clap of slate (or another visual or audio cue) as a sync marker can be unreliable when it comes to the edit process.

A new sync feature, included in the version 3.0 update to Autopano Video Pro, incorporates full support for MP4 timecode generated by Timecode Systems’ products (for example, timecode from SyncBac PROs attached to GoPro HERO4 cameras in a custom 360-degree VR rig). This gives virtual reality filmmakers the freedom to shoot creatively and efficiently, safe in the knowledge that every camera in the rig is shooting in frame-level synchronization and can be easily aligned and stitched.

“Timecode Systems is heading to Cine Gear Expo 2017 with new products, enhanced features, and some exciting updates to its BLINK Hub app that together demonstrate how its solutions combine to deliver significant time and cost savings throughout the production process, from acquisition through to postproduction, whether filming for film and television or for 360-degree video” said Paul Scurrell, CEO, Timecode Systems Ltd.