Since the age of 13, director Phil Hawkins has cultivated his passion for filmmaking by writing and directing for both stage and screen. His work as a commercial director has earned him more than ten advertising awards, including a Roses Advertising Award, while his short and feature films have won awards at festivals around the world. In 2012, Hawkins launched The Philm Company to develop and produce new and exciting film projects.

The Philm Company’s latest project is the feature film The Last Showing. A psychological thriller starring Robert Englund, Finn Jones, Emily Berrington, and Keith Allen, The Last Showing was released in Autumn 2014 in markets around the world. Hawkins and veteran editor Paul Griffiths-Davies brought together 4k film footage and CCTV content in an efficient Adobe Premiere Pro workflow that helped Hawkins shift expenses from behind the scenes to in front of the camera. 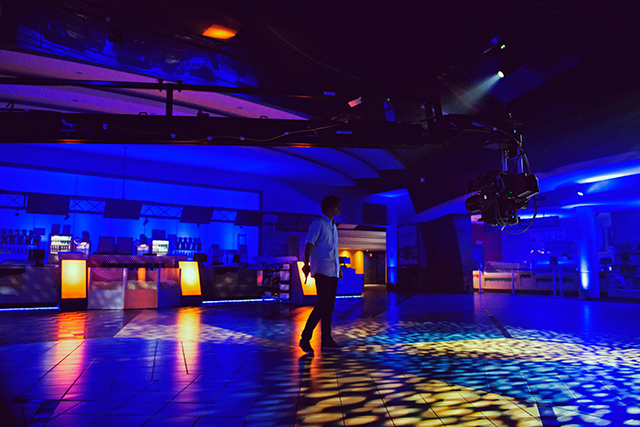 Adobe: Tell us about making The Last Showing.
Hawkins: My goal for The Philm Company has been to focus on smaller, studio-quality films. The Last Showing is my take on a horror film. The movie stars a film projectionist played by veteran actor Robert Englund, who is probably best known to film buffs from his role as Freddy Kreuger in the Nightmare on Elm Street movies. Deemed obsolete by modern technology, the projectionist decides to film his ideal horror movie, only he does so by trapping a young couple in his multiplex cinema and manipulating events to make them act out his plot.

I’m not very interested in over-the-top gore or the grainy, handheld look of found footage movies. I wanted to use a polished style that wouldn’t look out of place in a Hollywood film, so most of the footage is shot on a Sony F55 camera with 4K resolution. At the same time, key scenes in the film involve CCTV footage, so I used a real CCTV camera shooting on MiniDV. We could have shot everything on HD cameras and just used video effects to degrade the image, but I feel that you don’t get an authentic look that way. Real CCTV cameras gave us the low-fi aesthetic that we were looking for, without additional post-production costs. 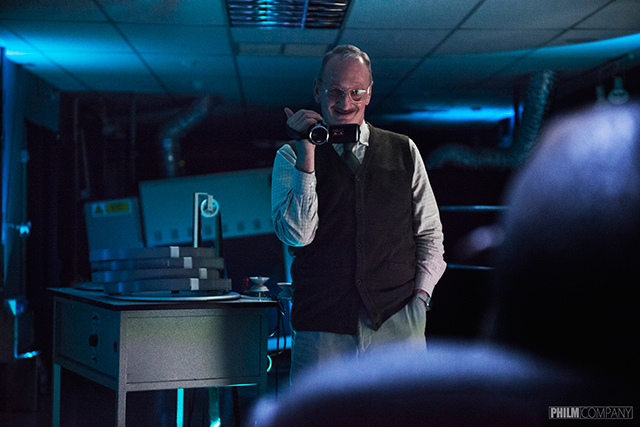 Adobe: Why did you decide to work with Adobe Premiere Pro?
Hawkins: Before starting on The Last Showing, I did a short film that we shot on many different types of cameras. I was working with Final Cut Pro at the time and I discovered that it couldn’t handle the footage; we just didn’t have enough time or compute power to process all of the rushes. We tried Adobe Premiere Pro, and suddenly everything was running smoothly; it takes any format you throw at it. I couldn’t figure out why anyone would want to waste their time transcoding footage when Adobe Premiere Pro can do it all for you. I knew The Last Showing would be mixed format, so I didn’t give Paul the choice—I told him that we’d be working with Premiere Pro!

Premiere Pro was a huge cost-saver for us. Not only was it fast, but we could do almost all of our post-production work in-house. Why go to Soho and rent an editing suite when we could do the same work with one computer loaded with Premiere Pro and After Effects? The Last Showing may be a low-budget film, but I was determined that it would never look cheap. With more cost-efficient post-production, we can put more money in front of the screen.

Griffiths-Davies: The set was a working cinema, so Phil would shoot during the night and bring me the hard disk drive with the footage to work on during the day. Edits are what turn footage into a film, and with the Adobe setup, we had the flexibility to work on edits whenever we wanted, for as long as we wanted, rather than trying to fit edits into a set studio schedule. 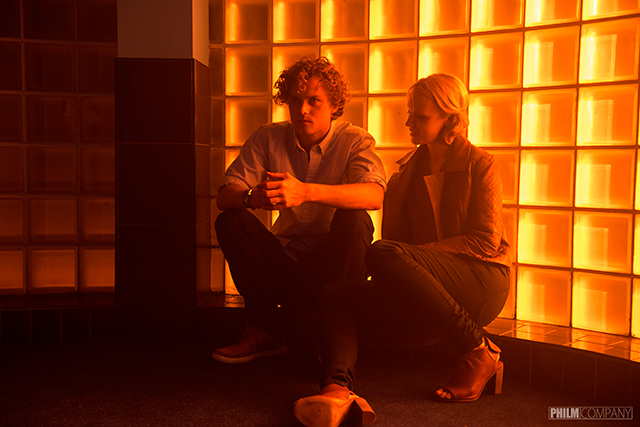 Adobe: How was the switch to Premiere Pro?
Griffiths-Davies: It was actually my first time working on Premiere Pro, although I have extensive experience working with Avid and Final Cut Pro. Phil only gave me a few weeks’ notice, so I bought a couple of books and just taught myself. I found it surprisingly easy to use though, and I picked it up quickly. The speed from preparation into editing was probably the biggest and most exciting change for me. I would get the rushes at the end of the shooting day and just go straight into editing. I didn’t have to wait for transcoding at all.

Adobe: What features stood out for you?
Hawkins: Premiere Pro has a lot of charms to it that other editing programs don’t have. It closes gaps between clips beautifully and it supports third-party plug-ins very smoothly. We used DaVinci Resolve for color grading, and the trailer uses a plug-in filter to add digital distortion. We also used After Effects for titles and logo replacement, which was very easy thanks to built-in tracking.

Probably the biggest benefit on this film was using Dynamic Link between Premiere Pro and After Effects. We have a few scenes where Englund’s character watches the young couple through a bank of monitors. We could have played green screens and replaced the footage in post, but I wanted to capture the unique lighting and degradation of video playing on actual LCD screens. 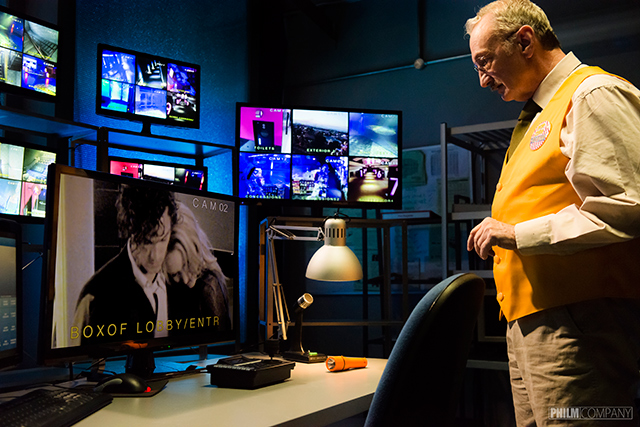 We had to shoot all of the CCTV footage beforehand and edit it together into videos that we played on the monitors. The toughest part was getting the timing right. If a character walked off the screen of one monitor, they would appear on another monitor from a different angle. We used Premiere Pro to edit the precise timing of each video and then send it to After Effects to add titles and animations. Dynamic Link made the whole process so much easier by keeping clips in sync and letting us switch back and forth without constantly exporting video.

Adobe: When can we see The Last Showing?
Hawkins: We had our world premiere of The Last Showing at Film 4 FrightFest 2014 in London, and it’s now available on digital platforms through iTunes and local cable providers in the United States. 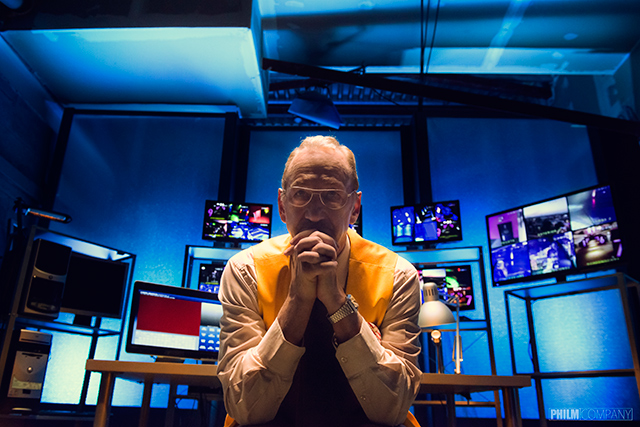 Adobe: What’s next for The Philm Company?
Hawkins: We’ve got several potential projects in the works and we’ll finally be upgrading to Adobe Creative Cloud. I’m really looking forward to working with all of the new software. I’m dying to take a look at Adobe SpeedGrade CC, and there are some new features for Premiere Pro CC and After Effects CC that sound very promising. Everything already works together so smoothly that it’s exciting to think what we’ll be able to do with the deeper integration that Creative Cloud offers.