Beautiful transitions from one narrative to another

Andrij Parekh is an NYU’s Tisch School of the Arts (MFA in 2001) trained cinematographer. It was there that he was nominated for the 1998 Eastman Excellence in Cinematography Award, apprenticed on “The Yards” (2000) with Harris Savides, and received the 2001 & 2003 ASC Heritage Awards.

When I researched the over twenty features Andrij shot I come across some of my personal favorites: “Blue Valentine” (Derek Cianfrance), “Half Nelson” (Director Ryan Fleck), and “The Zookeeper’s Wife” (Niki Caro). He’s had films play at Cannes, Telluride, Toronto, and Sundance.

Recently Andrij answered my question about his experience shooting “Tape 1 Side A”, and “Tape 1 Side B” of one of the year’s most talked about Netflix series “13 Reasons Why.” If you have yet to see the beautiful transitions and naturalistic lighting found in the visuals then it might be time to get your binge on.

“13 Reasons Why” is based on the best-selling books by Jay Asher. The story follows teenager Clay Jensen as he returns home from school to find a mysterious box with his name on it lying on his porch. He discovers cassette tapes recorded by Hannah Baker inside the mysterious box who tragically committed suicide two weeks earlier. On the tapes, Hannah explains she has thirteen reasons why she decided to end her life. Will Clay be one of them? If he listens, he’ll find out how he made the list. The series follows both Hannah and Clay through inventive dual narratives; one in the past and the other in the present. The transitions in time are executed wonderfully. Another interesting, though technical, aspect is the series was shot on Panasonic’s Varicam.

How did shooting 13 Reasons Why come to be for you? How does someone position themselves to shoot a Netflix show

Andrij: Thirteen Reasons Why came to me from my agent (Hillary Cook at the Murtha Skouras Agency)- through Tom McCarthy.  Tom and I have been in filmmaking “concentric circles” for some time, and it was a wonderful opportunity to shoot a pilot (setting the look and tone of the show) and work with a great director.  And after a number of years, we finally were able to work together.   I’ve been shooting since I finished NYU grad school in 2001— and I guess having a resumé with depth doesn’t hurt in getting approval from a company like Netflix. 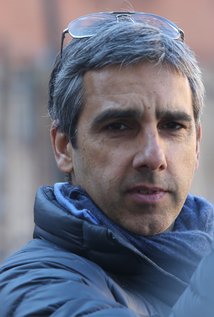 Which scene are you most proud of and why?

Andrij: That’s always a tricky question.  Rather than a specific scene, I’m proud of the way the whole show looks- and particularly the acute but subtle differences between the “past”- Pre-Suicide and the “present” – Post Suicide.  Tom and I wanted to engage the audience and keep them constantly looking for clues— allowing the show to sometimes be “ahead” of the audience.  Making the difference between the present and past a lens/format choice – Anamorphic for the past, Spherical lenses for the present- gave the two time periods a different feel rather than a telegraphed “look”.  It was that emotional difference that we were after.

Let’s talk shooting details: How many days? How long were the days? What size crew did you use?

Andrij: I think we had a total of 26 days- roughly 13 days for each episode. The crew was a full crew- probably 100+ people.  It was ostensibly a schedule for a slightly lavish independent film!  The days weren’t too heavy- and in fact, I think we had 7 AM starts for every day the first week- which meant that we were shooting less than 11 hours each day.   I’m a strong believer in being prepared, working very intensely and diligently on set, and wrapping around 11 hours per day.  It’s the only way to keep ourselves sane in this industry and to have a life outside of the set.  It also keeps you fresh and rested.

What cameras and lenses did you use for 13 Reasons Why?

Andrij: We shot with the Panasonic Varicam, mainly because of Netflix’s 4K requirement, and it was a great find for me.  Understanding that we had to shoot 4K, I tested the Alexa 65, the Sony F55 and the Varicam.  The Alexa 65 was glorious- but the camera was just too big for the style of the show ( a lot of hand held and moving fast).  I preferred the skin tones of the Varicam to the F55, and then I discovered the dual ISO feature of the Varicam- 800 and 5000 ISO.  I tested both ISOs- and the 5000 was incredibly “clean,” with very little video artifacts or digital noise.

We used 800 ISO for most of the production, except for the night work, where we used 5000 ISO.  I didn’t reduce the number of lighting units tremendously, but the added sensitivity (roughly 2.5 times that of ISO 800) made all the practicals bloom in a very beautiful way. It’s tough to achieve that halation at ISO 800.  We were shooting with Anamorphic lenses at night (F2.8 max aperture) with an ND 6 or 1.2!

In terms of lenses, as mentioned before, we used a mixture of Spherical and Anamorphic lenses to separate the “past” from the “present”. Even though we shot two different formats (native 16:9 for the Spherical and 2:39 for the Anamorphic), the show’s aspect ratio was 16:9. We used Leica Summilux-C prime Spherical lenses, which are very “soft & creamy,” but quite sharp on the focal plane, mainly shooting the lenses wide open at F1.4.  We lit a bit more contrasty in the present and allowed for a more romantic look for the past- where we used Hawk V-Lite 2:1s, which rendered the images rather softly and have enhanced anamorphic lens aberration. 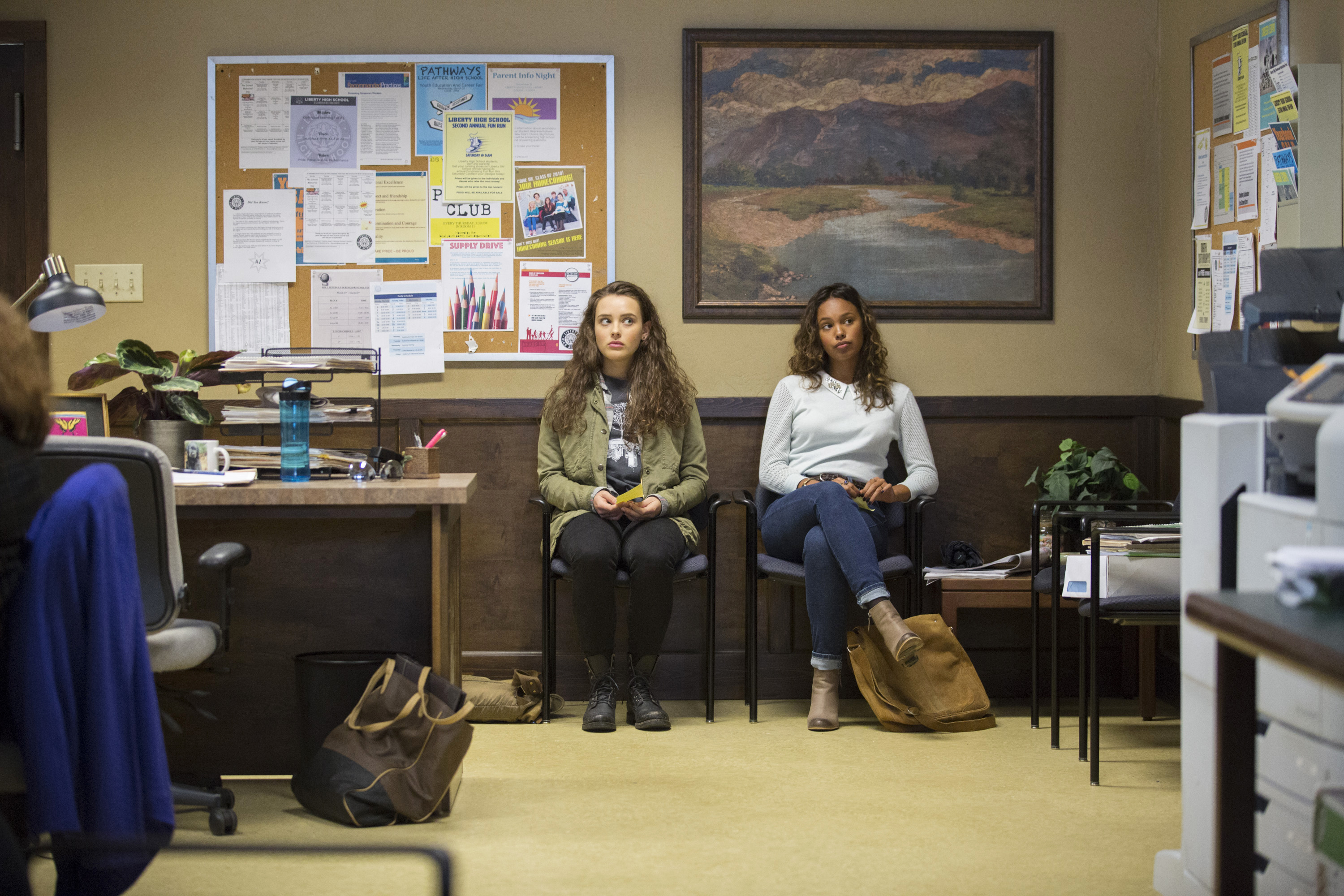 What codec did you shoot and why?

Andrij: We used the V-Intra, as the RAW format required too much data storage and for the viewing format (Televisions, Personal Computers, and iPads) V-Intra was sufficient.

How did you approach this project?

Andrij: Tom and I did a lot of visual research, and we looked at the high-school films that we watched as adolescents and young adults— The Breakfast Club (John Hughes), Elephant (Gus Van Sant) “My So-Called Life” (TV)… The film that probably had the greatest influence on the film was a Norwegian Film called “Reprise” (Director Joachim Trier).  We talked a lot about the process.  For me, the most important thing to understand from a director is his/her taste.  Taste is the one thing that affects my approach the greatest- and to try to align my personal aesthetic taste with that of the director’s is the thing I spend the most time on in prep.

What visuals hooked you into the final look?

Andrij: Again, it was “Reprise” that affected us the most- mainly, the shooting and editorial style, and the freedom in which it moves from flashback to present, often off of a character’s look or a sound cue.

How did you achieve the two different looks for the past and the present? Was it difficult mixing the two into a single sequence?

Andrij: I would say that it was as simple as changing the lens format, from Spherical to Anamorphic.  Lighting was rather consistent throughout the two periods, but we may be lit with a bit less film for the present.

What did you learn from shooting 13 Reasons Why?

Andrij: That not always being able to shoot on Alexa or film is not necessarily the end of the world. 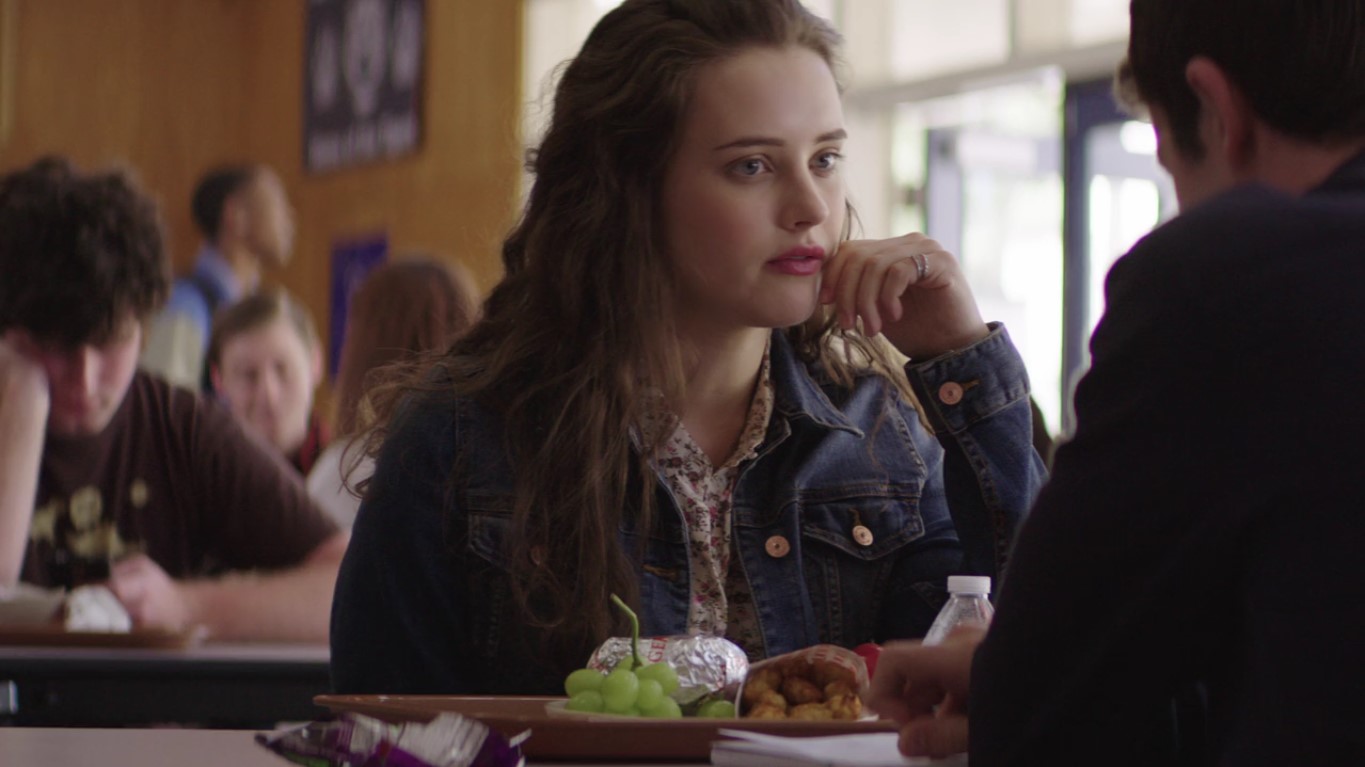 Since we now have so many different camera options how do you decide on a single brand or camera for a project?

Andrij: Again, part of this was dictated by not being able to use the Alexa because of Netflix’s 4K requirement- but it allowed us to test a number of formats, which then informed my choice.  I think testing is key.  I test before every project as much as I can, and approach shooting digital like shooting film- with the adage that you can improve it, but you can’t fix it later.

What are your go-to rigs to capture smooth shots?

Andrij: I love the Movi, mainly because I can operate.

How do you prep for scenes on 13 Reasons Why?

Andrij: Tom and I shot listed the film separately- then compared notes and made one master shot list.  I like shot listing separately from the director, as it allows me to fully enter into the world of the film and imagine how it will look and edit.  By then comparing notes, it’s truly a collaborative process. 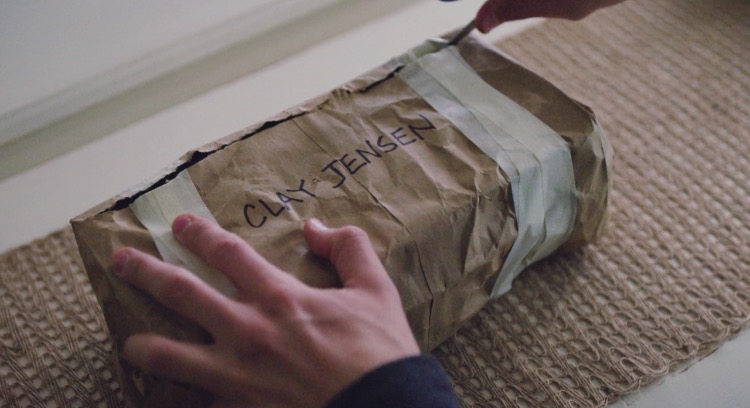 The lighting and camera work felt very natural? Any tips you can share to shed light on achieving a similar look?

Andrij: I try and use single source lighting as much as possible, and like to light rooms, not faces.  This simple approach makes my working style very fast- of course one needs to add a bit of bounced fill light once in awhile, but it also ensures that the director is not waiting for me and that we have made a huge amount of space and time for the actor and director on set.  We used a lot of large HMI’s, with Bleached and unbleached Muslin as the diffusion.  It cuts the amount of light, so the sources end up being rather large- 18Ks, M90s & M60s- and the organic nature of the muslin breaks the electronic feel of HMI a bit.

Who succeeds at filmmaking?

Andrij: The tireless, and those with a lot of patience.  Emotional intelligence also helps, as well as a strong sense of story.  Every decision has to come from the script, or at least be informed by it.

If you were not doing this work, what would you be doing for a living?

Andrij: Architecture.  It also deals with space and light, and moving bodies through space and time,

Do you have a favorite type of work: Feature films, docs, commercials or music videos? Why?

Andrij: I like feature work the best because one can really dig one’s hands into story and character.

How can a shooter, who is usually on smaller shoots, apply the lessons they’ve learned to a larger production?

Andrij: Work simply.  For me, the smaller the production the better- in the end, every movie is about a camera, a story, and actors.  Everything else is peripheral.  It’s easy to get caught up in gear or technical elements- but one can lose the essence of what we are trying to do, which is to tell a story that is gripping on an emotional level.  And camera placement is key.  So much comes from proper camera placement in terms of light and emotion. 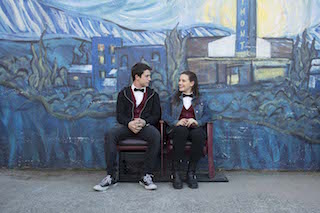 How do you balance work and life?

Andrij: That’s tough.  It’s all about choices and making sure that the cinematographer in me does not edge out the husband and father in me.

If there were one single piece of wisdom to impart on aspiring cameramen/women what would it be?

Andrij: Keep your overhead low.  By making cinema, you are inevitably joining a circus- one that can take you all over the world.  You need to be unencumbered and not bogged down by financial restraints, as the most important luxury is the ability to say “no” to the projects you don’t want to make because they don’t strike an emotional cord in you.  If you are not engaged by the material, it’s hard to find the inspiration to shoot well.

What’s next for you?

Andrij: A summer in France with the family. 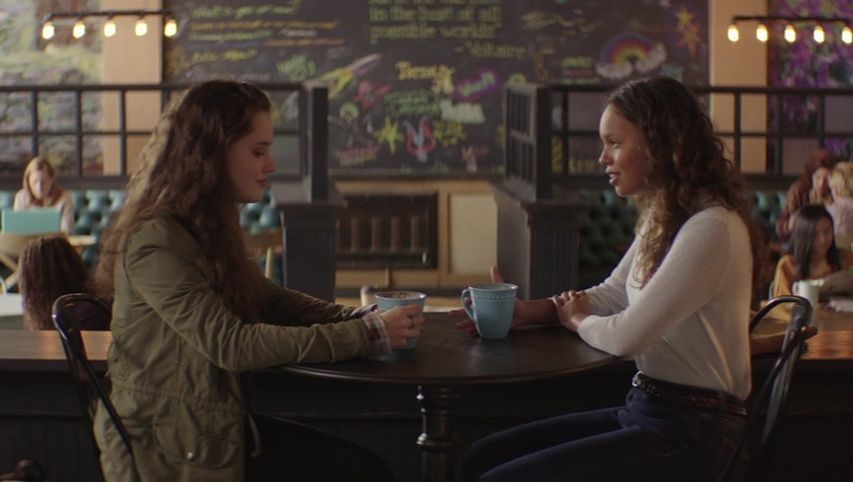 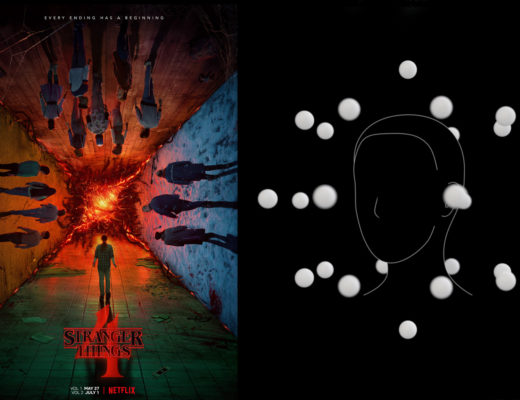