Brett Richards Tells Why His Post Is Up In Smoke

Winner of numerous ProMax awards in 2011, Sweden-based, boutique production company Brokendoll has garnered acclaim with their self-described “visually intense” high end productions for advertising, television and web. You might think a company with this level of initial success would also have goals of growing, but according to Brett Richards, Brokendoll is intent on keeping their footprint small to maintain the quality of their productions, “It is important to the quality of the production that we have the right team on each job, so we avoid large, in house teams to maximize our flexibility.”

Despite their modest size Richards goes on to say it is key they have the tools to handle every job, “The basic strategy that we have employed is that we have enough post capacity in house to guarantee the quality of every job regardless of the scale.” Although they employ a variety of different tools to achieve this, key among them is Autodesk’s Smoke. I had a chance to find out more from Richards about Brokendoll and how Smoke is helping them achieve their goals.

PVC: Can you talk a little bit about Brokendoll’s beginnings?

BR: I started Brokendoll about 5 years ago. It was really the culmination of a journey that started around 1999. That was around the time I was studying at film school and started a little two man operation with my Best friend Didier Elzinga. From there Didier and I moved onto Rising Sun Pictures in Australia (www.rsp.com.au) Didier went on years later to become CEO of RSP and worked on a string of block busters, Lord of the Rings, Batman Etc. Later, Brokendoll was born again. I kept the name with Didier’s blessing as a constant reminder of the passion and enthusiasm we had when we were young.

PVC: What do you feel sets Brokendoll apart from other production houses in the industry.

BR:All of our directors have a background as an artist: either as Animators or Designers. This means we are very visual and hands on. The basic strategy we have employed is to have enough post capacity in house to guarantee the quality of every job regardless of the scale. It is important to the quality of the production that we have the right team on each job so we avoid large in house teams to maximize our flexibility. Nevertheless since every job involves editing and finishing we keep that in house.

PVC: How does Smoke fit into your post work flow?

BR: We use Smoke as a finishing tool for conform, color correction, basic keying, paint and so on. Most of the time it sits in the Pipe as a hub for all the work in progress so we have the whole job up and online at any time. For complex motion graphics we still use After Effects and quite a lot of Cinema 4D for in house 3D. We also shake for tricky compositing. For the big stuff the VFX is outsourced and Smoke is used for Online with the clients. Offline is done in FCP and conformed via XML in Smoke.

PVC: Are their any attributes of Smoke that you just can’t find in other NLEs?

BR: What I really like about Smoke is that it provides proper full res playback and I/O without any gamma shifts, rendering artifacts and so on. The inbuilt color correction and effects are great when you are working on a deadline and you have to make changes to the offline in online (this happens more and more). In my old pipe, Offline was done in FCP, colour correction in Color and fx in Shake. The quality was great but last minute changes to the offline made for a big headache and the process was not very comfortable if you have a client on your shoulder.

PVC: Can you talk about a project you’ve completed recently that you just wouldn’t have been able to pull off without Smoke?

BR: One of our recent favorites was a lot easier to pull of thanks to Smoke’s color correcting detraining and compositing tools. Its a little spot we did for Viasat Creative Services. It involved a lot of color correction, some day for night, degrain paint and compositing.

For more information about Brokendoll, go to their website at brokendoll.com

For more information about Autodesk’s Smoke, they can be found at http://autodesk.com/smoke

FTC Disclosure: The creation of this article was partially subsidized by Autodesk. Although they approved the general subject, they had no control over its editorial content.

Autodesk today released the Flame 20th Anniversary Edition., a major redesign of its premier VFX software. Announced at this... 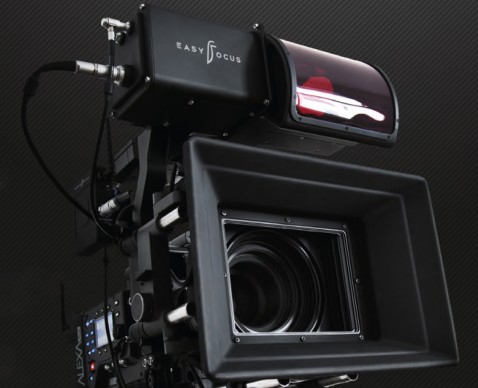 Focus is key, there’s really no way around it. Barring aesthetic choice, losing focus can be disastrous. So it’s...