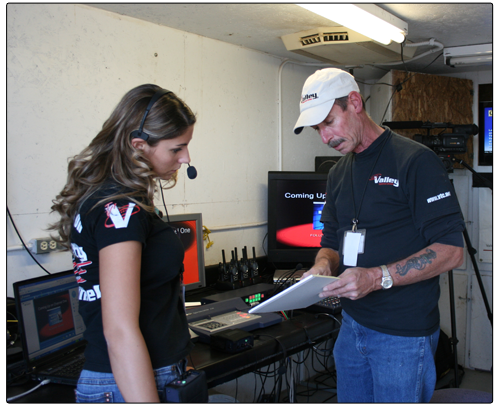 Ralph Score, video production and web coordinator at Valley TeleCom Group produces video programming exclusively made for Community Channel TV1, a cable channel provided by Valley TeleCom Group in Arizona. He calls himself “the guy who you don’t pay attention to behind the curtain” – but he’s mainly responsible for making sure the magic happens by keeping all the engineering and technical direction on a production tight. He was kind enough to share with us the flexibility and usage that he has when using our SE-500 4 input switcher for a variety of shoots in the local community.

Ralph: “Our production team handles producing about 90-95% of all the content TV1 runs. We have been working towards the goal of live broadcasting for some time now and finally got everything networked in. We’ve been using the SE-500 for a little over a year now for a variety of purposes, from live projected feeds at a football game, our annual cooperative members meeting, to taping a very big music event at a large performance venue, and also shooting a talk show type program with a group of young adults that they produce here in our studio.” 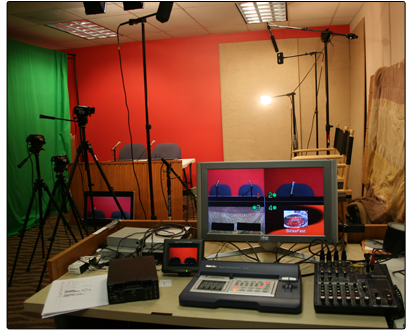 Another interesting thing about the footage Ralph creates using the SE-500 is that a lot of it is broadcast live via a cablecast server through Valley TeleCom’s fiber optics- a luxury most small live productions don’t employ. For these on-location shoots, the equipment lives in a trailer, and that trailer is usually brought into place a day before the shoot. Ralph: “The morning of a game or event, I’m at the venue to set all systems and do all the cable runs. Pre-production includes prepping all video playbacks (commercials), acquiring team rosters, writing toss and tags for the play-by-play announcers, and producing any new sponsor commercials. I also do the programming for our channel to make sure that I have it in the system for switching live when the time comes.”

Ralph also uses the SE-500 to switch with a combination of several cameras, depending on what the shoot calls for. The Panasonic HVX200 is his go-to production camera, but he also has three JVC Everio HD110’s and an older Sony VX1000 that he uses as needed. He records his audio through an audio mixer from several types of mics that are specific to the shoot and all his commercials play off a standard DVD player. The analog signals keep everything (video and audio) in-sync. The key to getting everything broadcast live using the fiber optics, is sending the signal through an Aventura / H.264 combo encoder/decoder. The unit converts and sends the video signals via wi- fi to Valley TeleCom’s digital TV network. That’s where it finally gets broadcast on their TV1 community channel exclusively for their local TV subscribers. 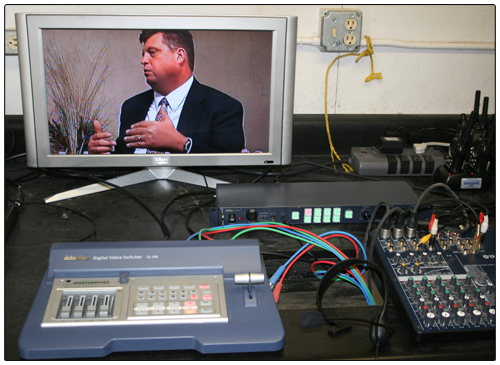 Ralphs advice for producers or anyone running live productions:
“Pay attention to both the big picture as well as the little details. Cabling is a big deal-use the best that money can buy. People think it’s insignificant but cables are the absolute life blood to your system. One other thing. Get used to becoming an obsessed maniacal insomniac if you do a lot of this.”

To see some footage that Ralph has produced with the SE-500, please visit: