When making a business plan, don’t make any assumptions about market share. 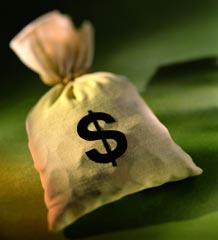 There are many variations on this common trap, but the general outline goes like this: Someone hears a report about how much money there is being made in a market segment, such as podcasts or movie trailers or renting out RED One cameras. They then theorize that if they could capture just some small percentage of that market – say, 1% – that they would be rich. And thus, a business plan is born! After all, who can’t capture at least 1% of a given market?!?

To give you an example, I used to work for a large electronic musical instrument manufacturer. Not that long ago, there was a huge market for creating “sound cards” that went inside computers to play back the music scored for computer games. Although we couldn’t make the cheapest card, we should certainly be able to make the best-sounding card in this market. And with that, we should certainly be able to capture 1% of the market, shouldn’t we? Of course we should – it was a no-brainer.

There were two big problems with this theory:

Although we made a good product, we captured far less than the projected 1%.

We even have a version of this playing out right here on ProVideo Coalition. A portion of the ad revenue is divided among the writers using a formula that includes the percentage of page views we receive. We know what the ad revenue is, and we know how many other writers there are; we should certainly be able to figure out our typical monthly compensation, right? However, there are curve-busters in this “market” as well: For example, during this start-up phase Adam Wilt alone regularly gets over 25% of the page views (which he richly deserves for the abundance of well-researched, in-depth content he posts); Adam plus HD for Indies founder Mike Curtis regularly consume over 40% of the page views. This leaves the rest of us dividing up a much smaller pie, throwing simple math out the window. (Don’t read that as a complaint: Adam is getting what he deserves, and we’re doing fine, thank you. It’s just a good example of how simple assumptions don’t hold water in the river of reality.)

My point being: Don’t fall into the trap of seeing a big market, and assuming you will capture enough of it to make a living by just showing up. For example, only a handful of podcasts actually make money; there are (conservatively) thousands that don’t. The model for return on investment is closer to buying a lottery ticket than doing simple math based on market size.

Also keep this in mind when being contracted to do work for others: Although a percentage of profits sounds like a potential way to get rich, there is a lot to be said for “paid in full.” It’s conservative, but it puts a known amount of money in your pocket to buy food with and pay the rent. If you like, try to swing a deal where you get a (potentially discounted) base payment that covers your expenses, with an option on percentage if it takes off.

That said, if you do have a compelling idea, great presentation, and good marketing, you can make money in the media marketplace – just don’t assume you will. Being realistic will already put you far ahead of the other dreamers vying for that 1%.