There are over 1,700 companies exhibiting at IBC in Amsterdam, and it’s always incredible to literally see the size of this industry. That exhibitor number includes companies that are comprised of one person as well as organizations that are able to fill up an entire hall. Regardless of their scale or approach, every exhibitor is dealing with technology developments that have redefined this industry, and IBC is a perfect place to see how those changes are impacting professionals in various capacities.

To follow up on my part I coverage of IBC, I wanted to focus on and how these changes and developments are impacting companies themselves as well the the professionals who use these tools. Of course, the more things change, the more they stay the same, and a legendary editor has a perfect story to illustrate that reality.

We’ve already published info about the new cameras that were announced from Sony, but I couldn’t resist quickly mentioning how these updates were being received on the show floor. The FS5 has been billed as the missing piece between cameras like the FS7 and the FS700, and there was always a crowd gathered around the unit they had on display. Meanwhile, the a7S II had attendees checking out the weigh and balance of the camera, and most looked pretty impressed. Both cameras showcase an incredible amount of versatility, and that’s not a coincidence.

Over at the Canon booth, attendees got their hands on the C300 Mark II as well as the XC10, and the 4K capability of both were what attendees were mostly focused on. That focus on image quality extended to the ME20F-SH, a multi-purpose video camera capable of capturing full color images in extremely low-light environments. It was pretty impressive to be able to see actual images that were shot in almost total darkness, and the colors they were able to display from a shoot of the Northern Lights were simply stunning. Their target segment for the product is TV productions of nighttime wildlife, deep sea/cave exploration, astronomy and surveillance, which obviously means you’ll be able to use this camera for more than one type of project.

Cameras developments have and continue to push boundaries, but what’s interesting to see is how these companies are placing such an emphasis on versatility. Users have been able to communicate the fact that they’re going to be using these products for various types and kinds of work, which means a camera can’t just do one thing well. Products like the a7S and C300 are proof that feedback is being heard loud and clear.

Distribution as a whole has been completely upended by the over-the-top (OTT) delivery of content, which has left traditional content delivery outlets like cable scrambling to figure out what their future looks like. Many experts are predicting OTT services will be in a record number of homes in less than ten years. With companies like HBO offering their own dedicated service in this area, the paradigm will continue to shift around the optimal way to deliver and watch content. Such developments are hugely important for companies like Netflix and Comcast, but what do they mean for us?

That was a question I saw a number of companies looking to address with a specific focus on OTT monetization and simplification. Both of those topics were nowhere to be found when this conversation began, since the mere concept of VOD was so new and exciting. While it’s great that the ability to create these platforms is easier than ever, questions around how it can work financially and logistically for smaller content creators is something that needs to be addressed. Startup companies like Viewlift are attempting to do just that by helping content creators figure out how they can turn a profit and grow organically.

The walls that prevented content creators from getting their work out to a mass audience are now totally gone, but how exactly can someone turn an online following into a career that pays the bills? It’s a question that needs to be answered, and it’s encouraging to hear the conversations that will eventually be able to provide those answers.

Partnerships are Taking the Industry to the Next Level

Avid’s partnerships with Apple and Adobe to more fully enable the openess and flexibility of the Avid MediaCentral Platform is the perfect example of a real paradigm shift. A few years ago the thought of competitors like Avid and Adobe working on anything at this level in an official capacity would have been crazy, but things have changed for these companies and for users. People want to be able to use multiple tools on a given project, even if those tools are competitive with one another, and trying to force them to choose one over another is not a real solution.

Since Rich Young already talked through the details of Adobe’s announcements for IBC, I used my time with Adobe’s Al Mooney to discuss this very topic, and thought he summed it up best when he said there were things Adobe knows they do well and things they know they don’t do well, or simply don’t do at all. That creates an opportunity for them to partner and work with outside companies to fill in any of those gaps, which ultimately creates something that benefits them and their users. It seems like such an obvious approach, and while Adobe has always been great about looking for and embracing these opportunities, in years past that mentality was not as pervasive as it is now, where practically every booth has a long lists of partners.

The bottom line here is that companies seem to be willing to move away from restricting their customers in terms of how their product is used. Forcing users to accept a given product exclusively or having to use a tool in a certain way just doesn’t work in today’s market. The fact that so many companies are recognizing this has already enabled the creation of tools that are changing workflows and processes for the better.

DJI Proves How UAV’s/Drones are Getting Better and Better

There’s no better example of a technology that’s changing the industry than UAVs/drones. The legal ramifications of flying and charging for aerial videography work are still being defined, but that’s just proof the technology is moving faster than anyone can keep up with. Drone technology really isn’t even five years old in this space, but it still seems to get better and better every year, and nowhere was that more apparent than the DJI booth.

Their big news for the event was around the new Zenmuse X5 and X5R cameras, but one look at the booth made it perfectly clear that the organic growth they’ve seen in this space goes across the board. With different sections dedicated to the Phantom, the Ronin and even developer tools, there was literally something for everyone. The booth really showcased how the company has come along over the past few years, not just in substance but in style. The area where they were flying their drones looked absolutely fantastic.

Of course, they weren’t just flying in the booth. DJI also sponsored the Drone Pavilion, where attendees could get a much better feel for how these drones behave and fly in a real-world environment. A number of other drone companies were flying in the Pavilion, and there were a few speeches throughout the day as well. I would have liked to see them putting on more presentations, but this was their first year with it so I’m already looking forward to seeing what they’ll have in store for the future.

Since IBC attendees spend so much time walking the show floor and talking through the news and updates with exhibitors, it can often be a challenge to connect with fellow attendees. Talking shop with your peers is often the best part of these events though. After all, how much fun is it to compare notes about what you’ve seen at the show? But when you’re focused on trying to take in as much as you can from 1,700 exhibitors and a full day of sessions, it can feel like there’s no time to do much of anything else. Plus, you’d be suprised at how many people fly out for IBC but never step foot in the convention center.

That’s why events like the SuperMeet are so essential. They give you the opportunity to have those conversations with fellow attendees as well as industry mainstays like Philip Hodgetts and Gary Adcock. As an added bonus, you also get to check out presentations by people like the legendary, Oscar-award winning editor Walter Murch. It was inspirational to hear and see how someone at his level is so willing to embrace new tools and processes, as well as how even he has to deal with the impact of budget cuts.

For me though, the highlight of his presentation was hearing him talk about how when he was in film school to become an editor, he had teachers telling the class to get out and find a different career, because TV was going to kill the film industry. Obviously the details have changed, but I couldn’t help but think about how that mentality is still out there today. Just as it was then though, what’s important is how people react to that mentality, rather than the actual reality behind it. Like the old saying goes, the more things change…

Check back for more from IBC 2015 in Part III, go back to Part I, or see additional pictures from the event below…

Jeremiah Karpowicz
PVC Staff
Jeremiah Karpowicz moved to Los Angeles to become a screenwriter but quickly realized making a film was about much more than the script. He worked at a post house where films like Watchmen (2009), Gamer… 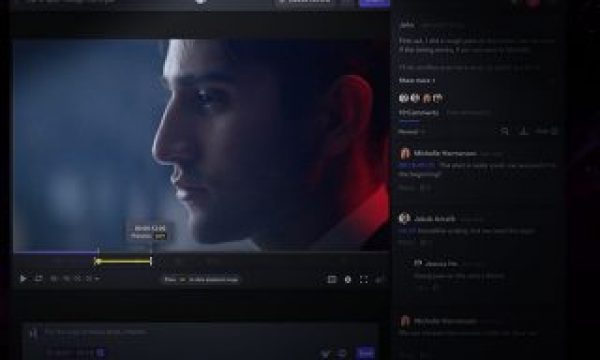 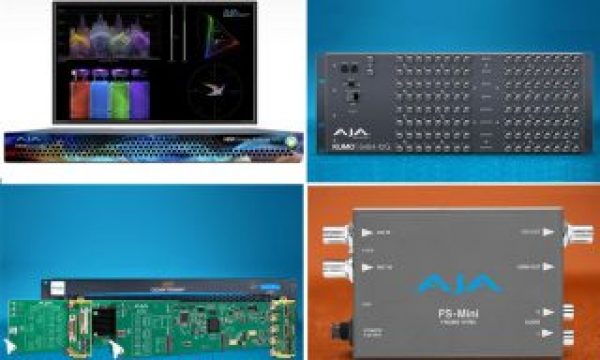 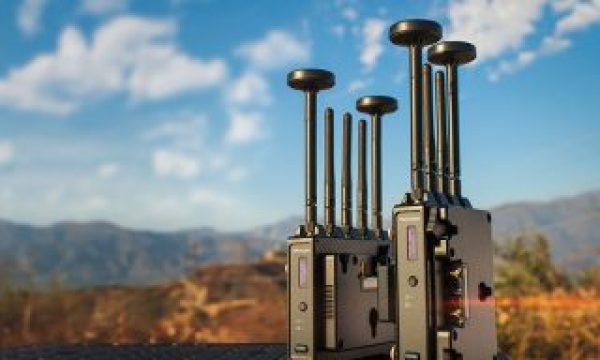 The Teradek Bolt 4K was announced last April, at NAB 2019, and now Teradek... 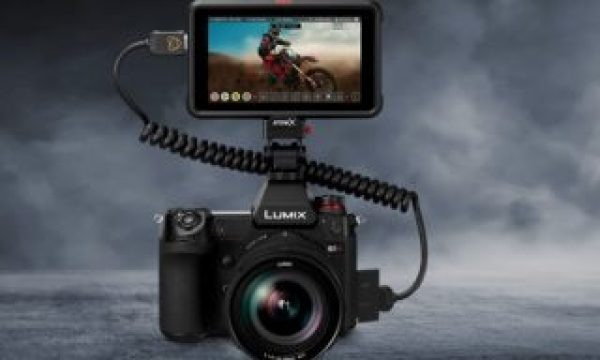 Panasonic showed at IBC 2019 a prototype of the LUMIX S1H able to output...