The world’s largest award honoring excellence in video and television across all screens  celebrates the power of storytelling by kicking off its 43rd annual call for entries. 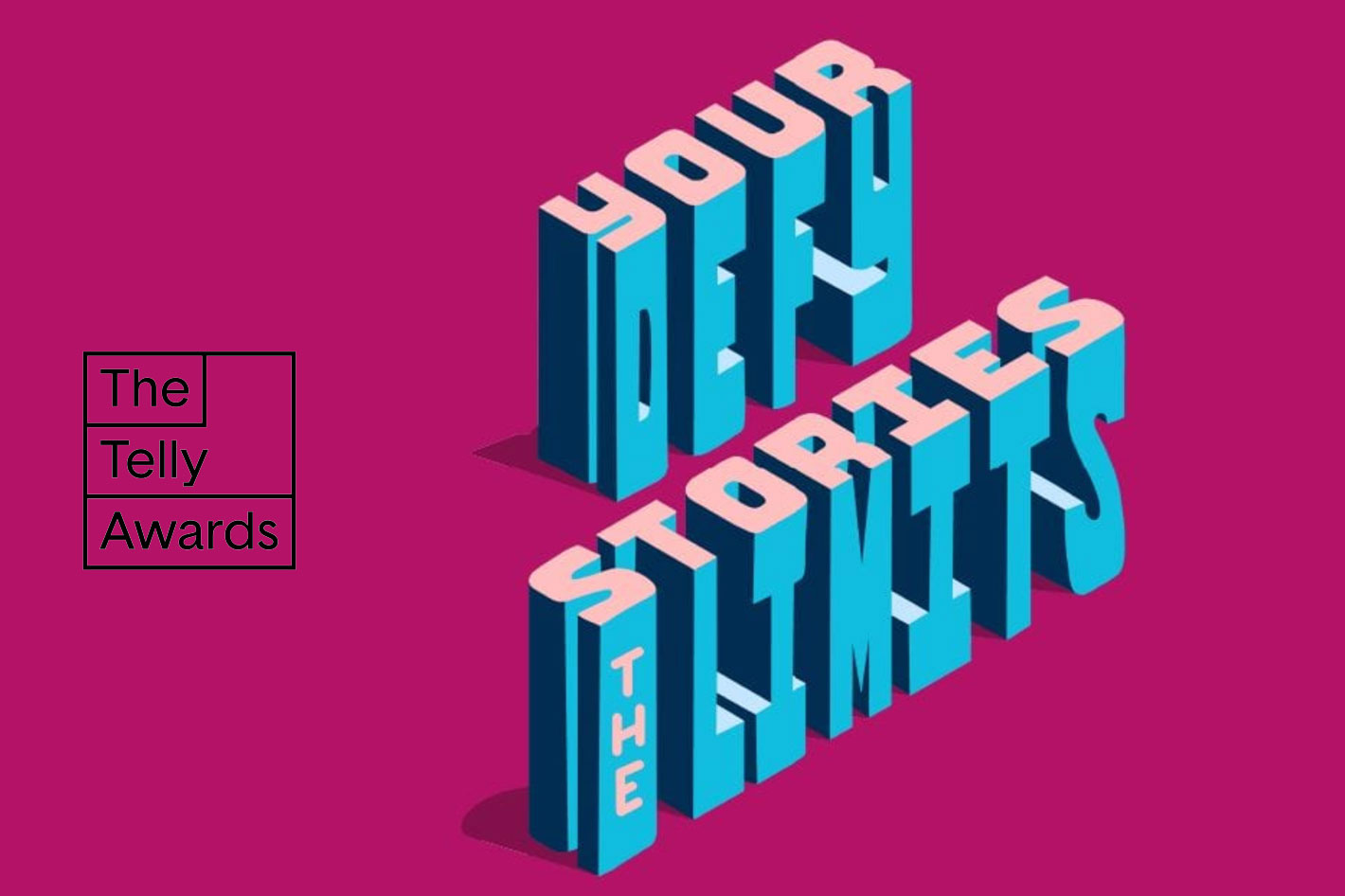 The 43rd Telly Awards returns and it introduces a series of new categories, including Sustainability, Remote Production, Virtual Events, Animation and more, that reflect the changes in the industry.

The world’s largest awards show for excellence in video and television across all screens heralds the return of the video and television community in a transformed world with a nationwide campaign, “A New POV”. The Telly Awards returns with a celebration of a reinvigorated content creation community and the power of storytelling by kicking off its 43rd annual call for entries.

In response to an unprecedented time in which companies and creators have retooled their offerings and workflows, representation is shifting across the industry, and more diverse voices are taking the lead behind the camera, the Tellys has announced new categories including Workplace Culture, Hybrid Events and Sustainability. In addition, the 43rd Telly Awards features expanded categories reflecting new production techniques including  Remote Production, Virtual Events, Animation, and D&I and Social Impact.

To mark this year’s edition and the renewed creative spirit that encompasses it, the Telly Awards has unveiled an all-new campaign that fittingly embodies the theme of “A New POV.” Tellys Executive Director Sabrina Dridje explains, “Our industry has adapted in difficult times by developing and implementing new skills, new workflows, new tools, and a new sense of perspective on what is achievable in a transformed world. As our community continues to focus on the important work of storytelling, it has embraced a perspective that values innovation, agility, equity, and tenacious creativity.” 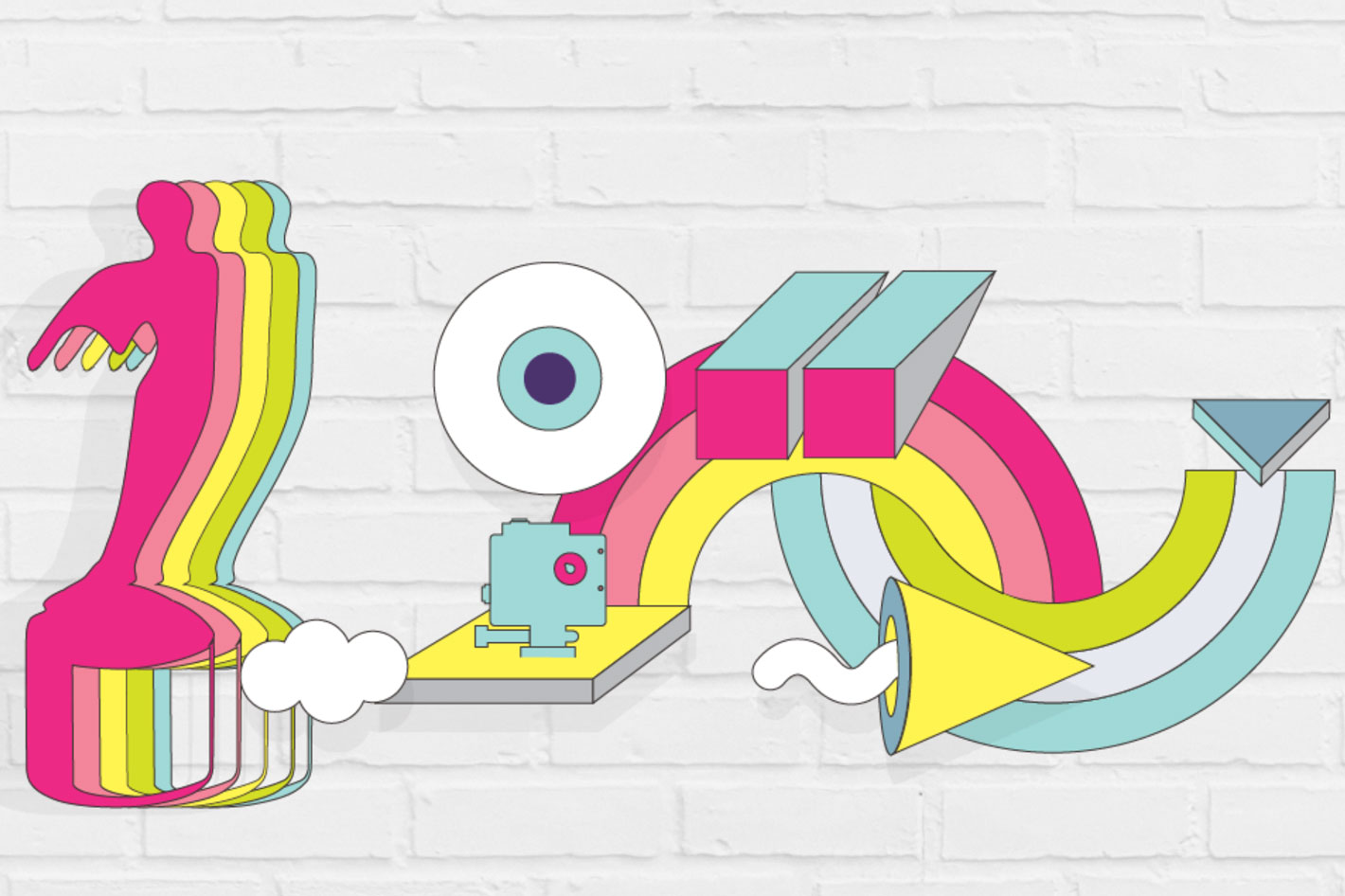 A diverse roster of judges

And as the television and video community reemerges, so do the Tellys live experiences, as the organizers are also thrilled to announce the return of live screenings. This year’s visual program will feature work from the likes of The Atlantic, The New Yorker, Nice Shoes, and Sony Music, and will take place in major venues in NYC and also tour other venues and cities in 2022, including NAB.

The new creative skill sets and perspective is coupled with the arrival of a new, esteemed set of Telly media and event partners including The Video Consortium, a global nonprofit network dedicated to supporting and connecting voices in documentaries and video journalism that is also partnering with the Tellys on the live screenings; The Future of Film, which consists of an online community, podcast, and an annual summit that has welcomed high-profile Hollywood producers like Andrew T. Jones (The Mandalorian), Jason Blum (Blumhouse), and Adobe Max. The Commercial Directors Diversity Program (CDDP), whose mission is to reflect the commitment to effect change and increase the representation of minority and women directors specializing in commercials and marketing communications, has also joined as a supporter of this year’s awards. 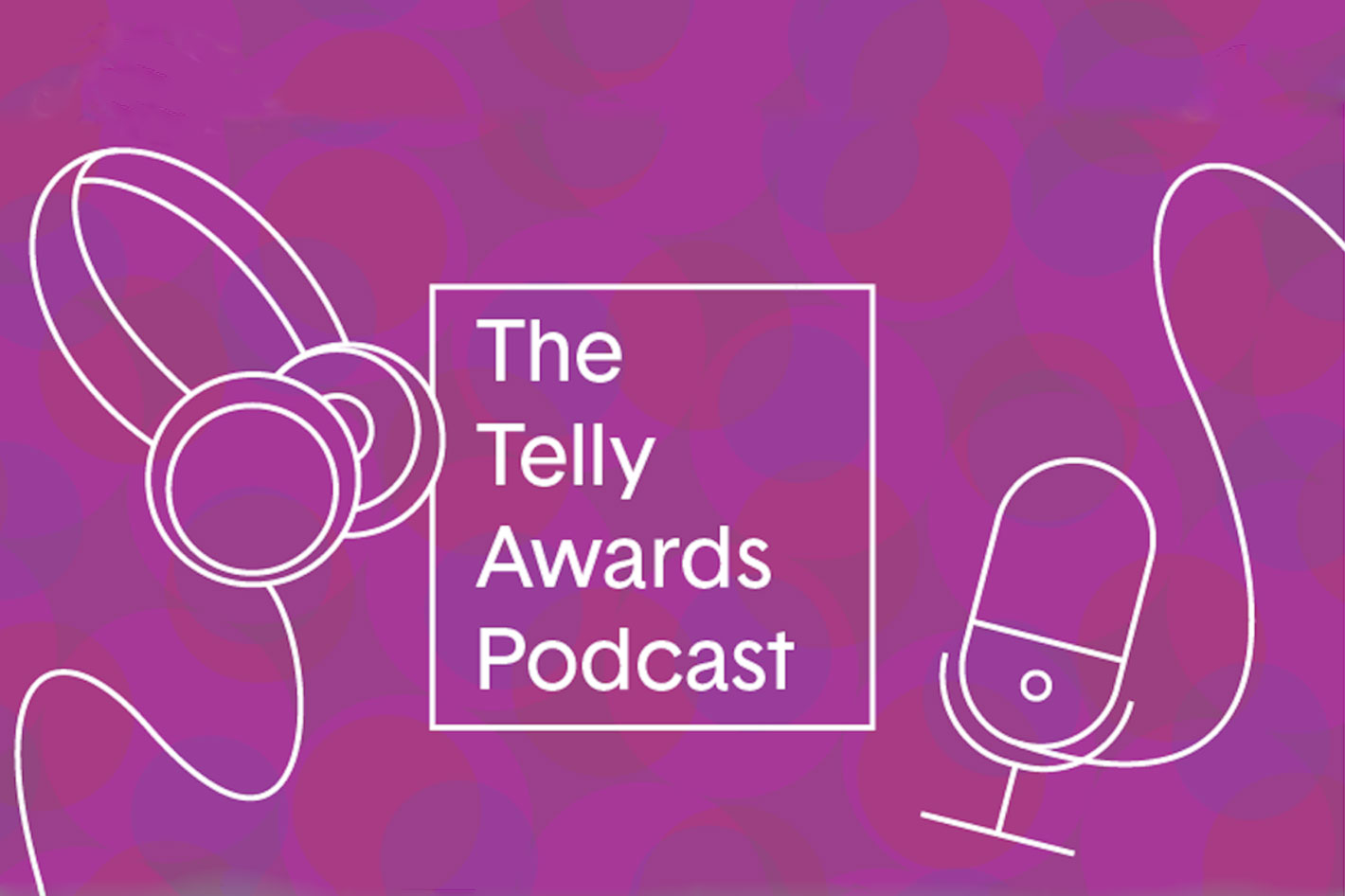 Organizers have also unveiled The Telly Award Podcast. Each episode of the podcast, is hosted by Tellys Executive Director Sabrina Dridje and features two guests with similar expertise in different disciplines. The unique platform creates space for plenty of insightful conversations as the guests share their craft, debate their differences. and find common ground in their forms of storytelling.

The first episode of the podcast, for instance, is dubbed “Editors: Reality TV vs. Virtual Reality” and features a lively discussion between two well-established editors from these respective mediums: Fernando Ramirez — a reality television editor with over a decade of editing household names such as 90 Day Fiancé and Jersey Shore — and Vanessa Rojas, Lead Editor from Baobab Studios, a renowned interactive animation studio with credits from the likes of Pixar and Oculus VR.

In conjunction with The Telly Podcast, the Telly Awards is keeping the conversational theme going by renewing last seasons’ launch of the monthly interview series dubbed “Hot Takes,” which features a chosen industry leader and expert offering an unfiltered, unrehearsed response to a hot button topic within their field. Hot Takes kicks off in October with Buck Design, where Creative Director Camille Chu speaks on the responsibilities of creative leaders to cultivate new talent and what up-and-coming designers can do to best face the challenges presented by an inundated industry. 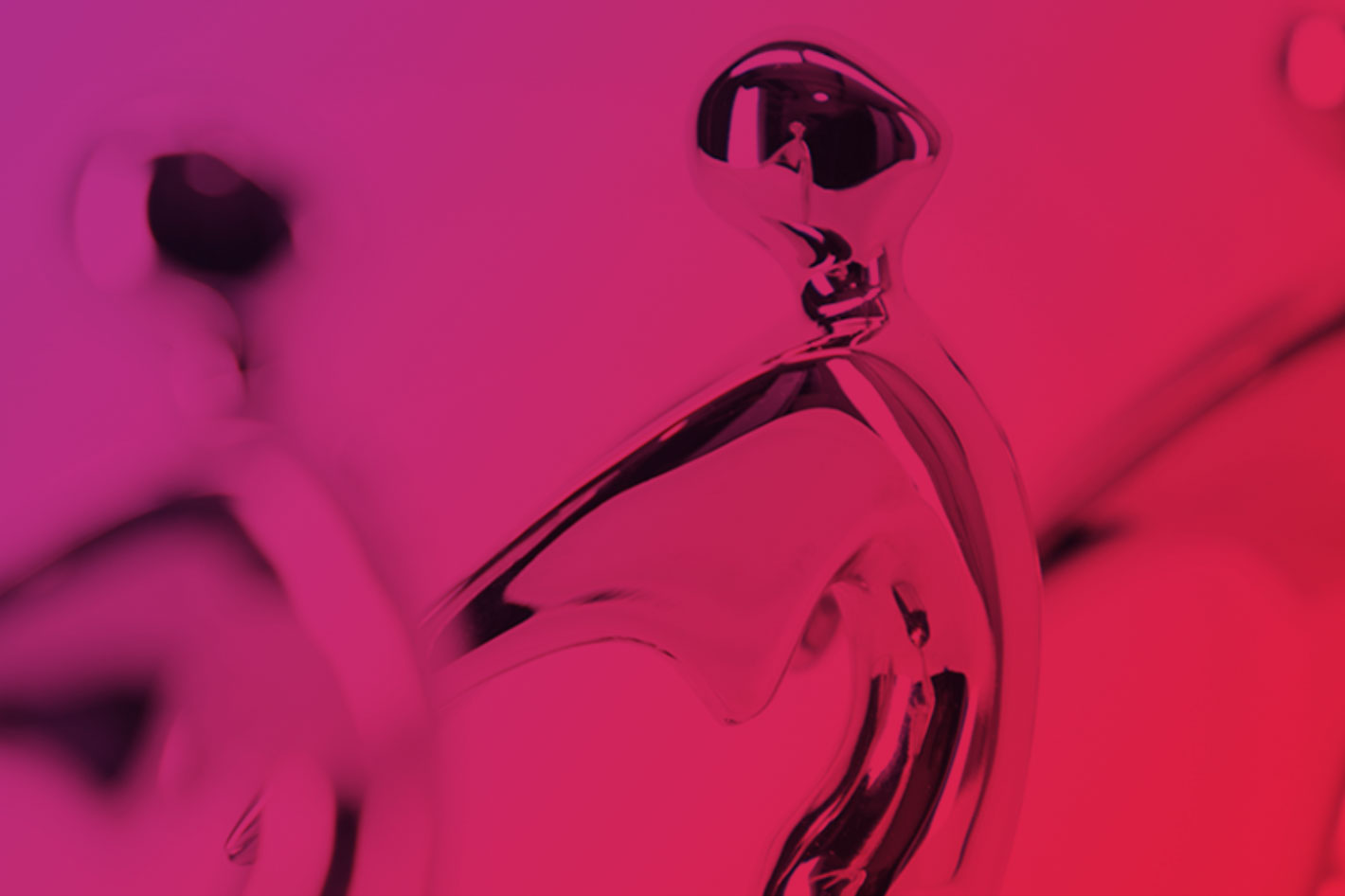 In subsequent months, Tellys judge and Ghetto Film School’s own Sharese Bullock-Bailey discusses the advantages of a Results-Only Work Environment (ROWE) in November, while in December, Alloy Studios Director Dimitri Lazarus explains why television content creators should look beyond broadcast as an end goal.

Founded in 1979 to honor commercials made for cable and local TV, The Telly Awards has continually refreshed its categories to honor the evolving, broad range of work being made — including branded content, social video, and animation — working with industry experts to identify categories where new platforms play an increasingly important role in the ways stories are being told.

To enter work in the 43rd Annual Telly Awards, visit www.TellyAwards.com. The deadline for early entries is December 10, 2021, and the winners will be announced in May 2022.

In a bid to inspire and educate artists, Edward Quintero, and Mold3D Studio created Slay, a sample project that... 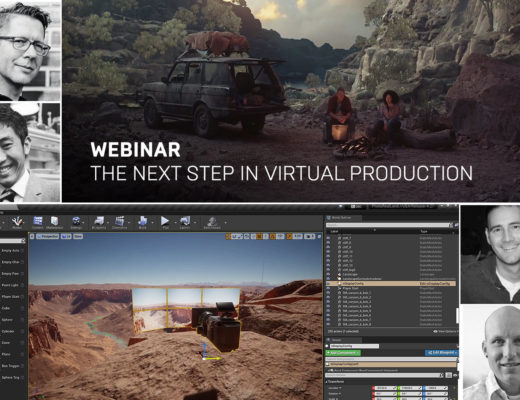 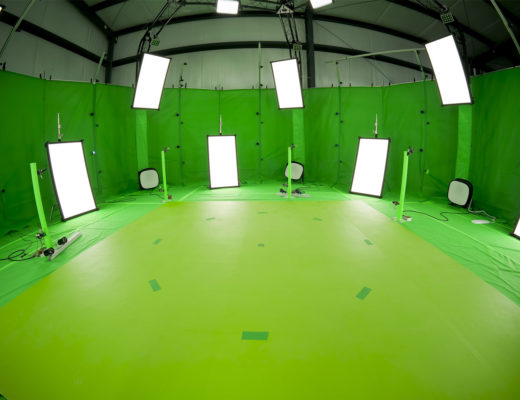