The internationally successful fashion company Marc Cain, founded in 1973 by Helmut Schlotterer, had its first virtual Fashion Show, under the title: the sky is the limit… and other stars shine up there. 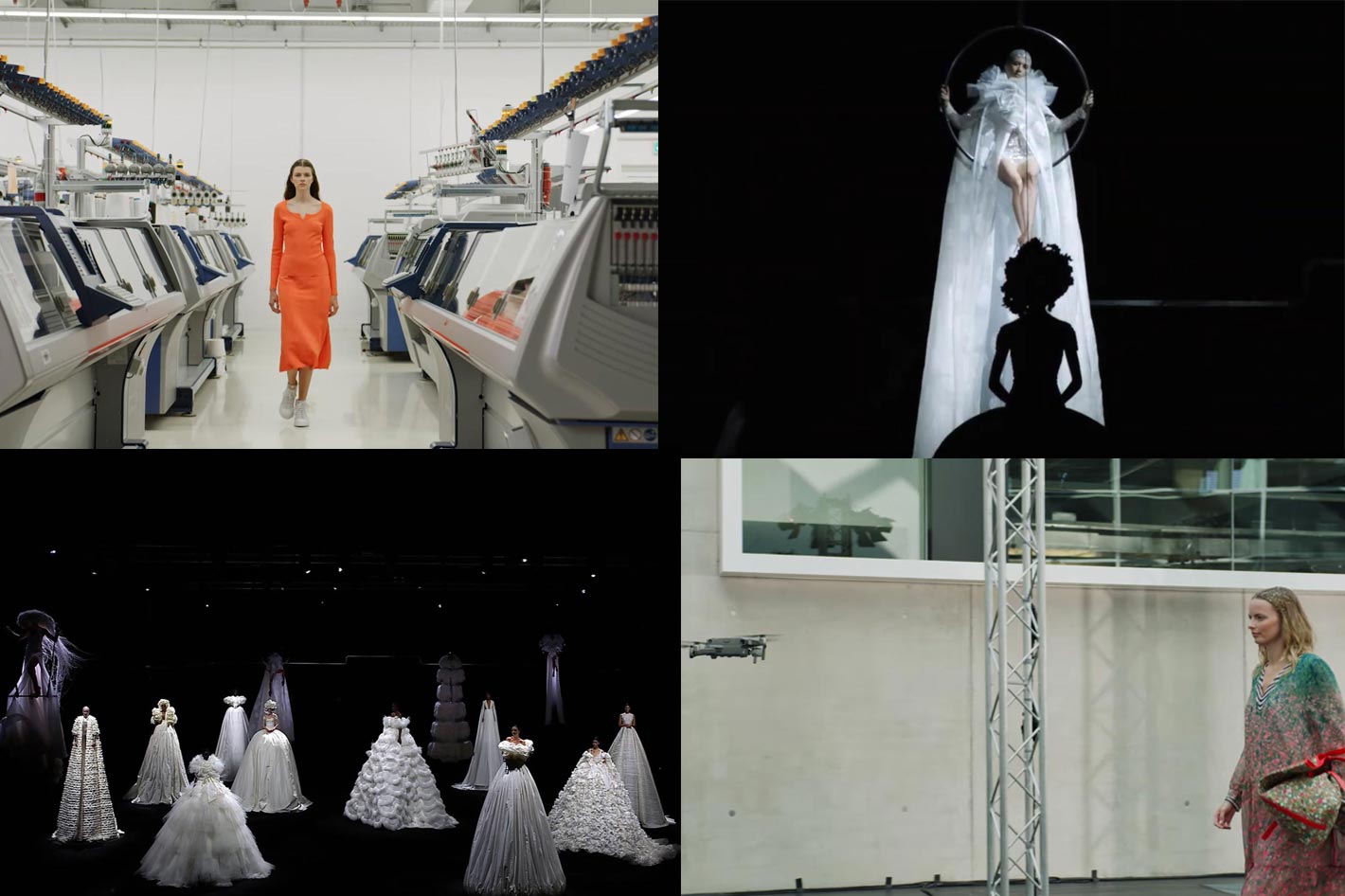 While some form of physical fashion shows may return in the Fall, virtual seems to be the way forward for many events this Summer. From Marc Cain to Valentino, fashion shows are going digital.

June is usually a busy month for the fashion industry, with many shows scheduled to reveal the collections for next year. The pandemic, though, has forced many venues to postpone their shows or find alternatives. In April this year the British Fashion Council was the first to announce the London Fashion Week would be entirely digital, a move that other events would follow in the following months.

While everybody considers that virtual shows do not offer the same experience of those in real life, the truth is that the pandemic has forced everyone to err on the side of caution. That’s the reason why the Fédération de la Haute Couture et de la Mode (FHCM) announced that shows would pivot to a video-only format this season. Ralph Toledano, the president of the FHCM, told Vogue “Digital is clearly part of the shape of fashion to come and we will take it as an opportunity for innovation to complement tradition”. 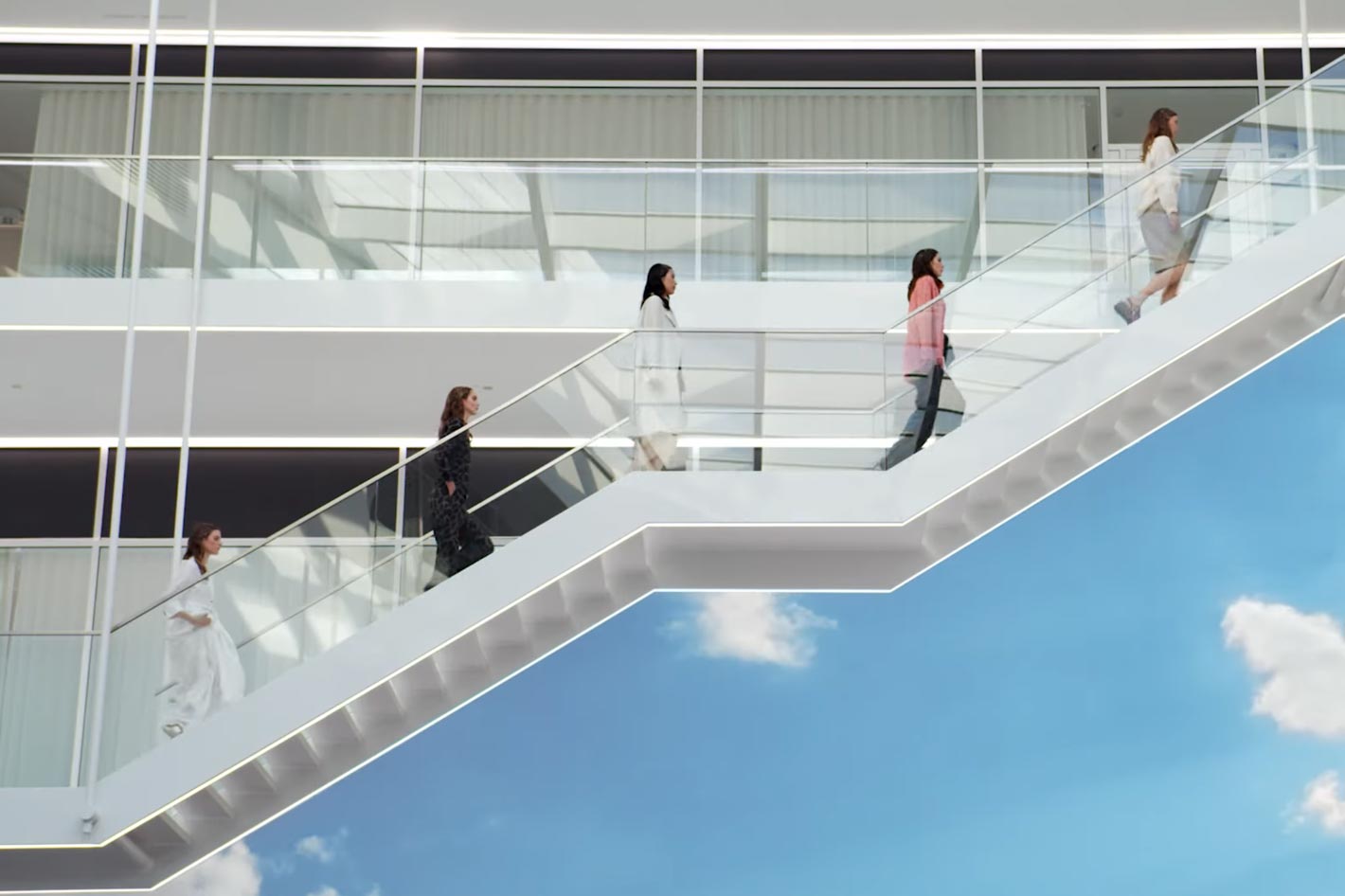 The Sky is the Limit

The latest virtual fashion show took place yesterday and the digital event experience was accompanied by a small streaming event in Berlin. This was the first Marc Cain digital Fashion Show, with the new collections being premiered differently: not as a classic Fashion Show during Berlin Fashion Week, but as a digital film streamed on YouTube Premiere.The light- flooded, ultra-modern Marc Cain headquarters at the Bodelshausen production site set the perfect architectural stage for a new form of fashion show experience.

The fashion film The Sky is the Limit was produced by PROFASHIONAL, a German company founded 2011 and based in Berlin. This boutique agency is specialized in tailored solutions in the fields of photography, film and social media content and its team believes that a great idea is nothing without an excellent execution. 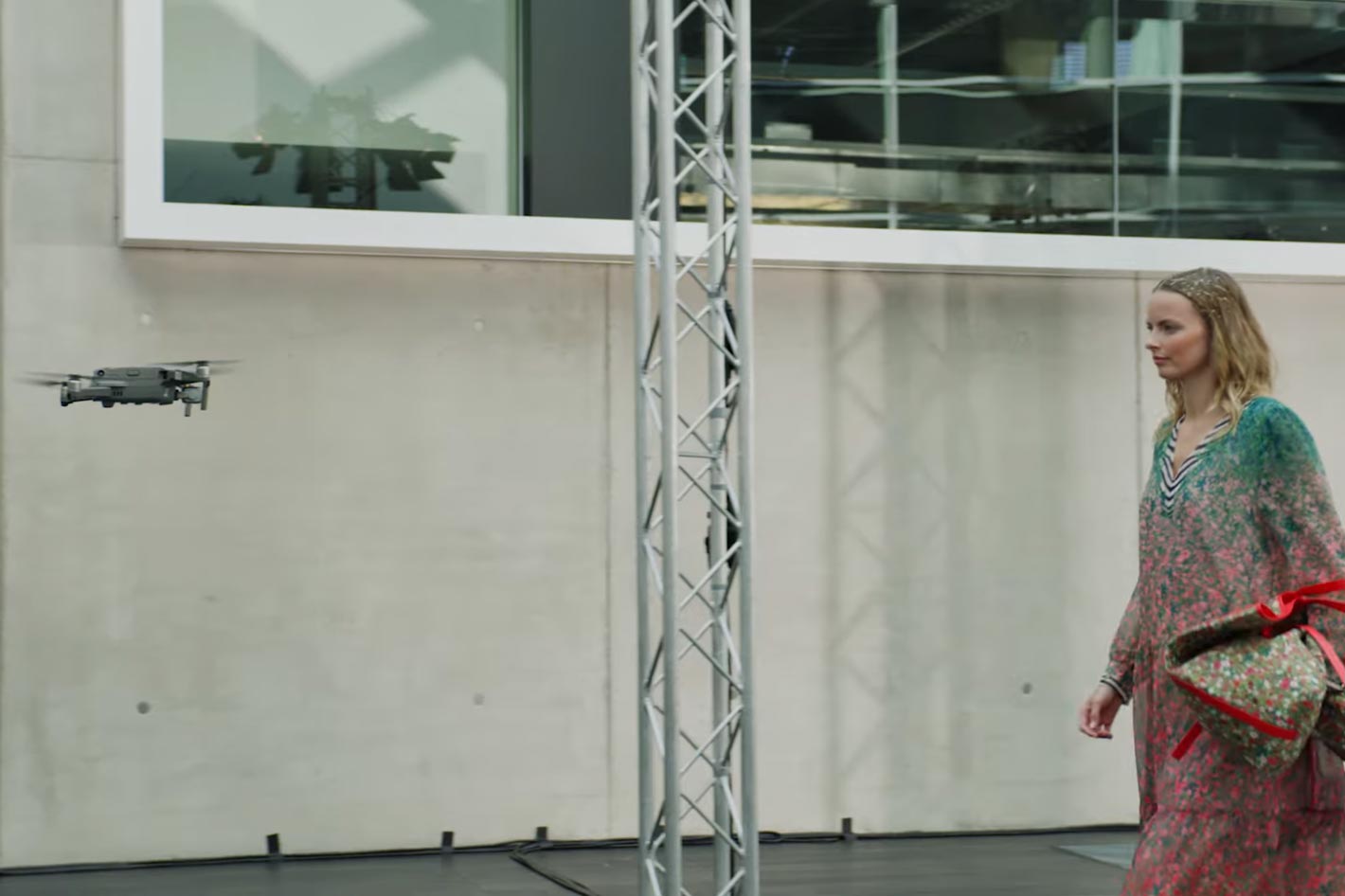 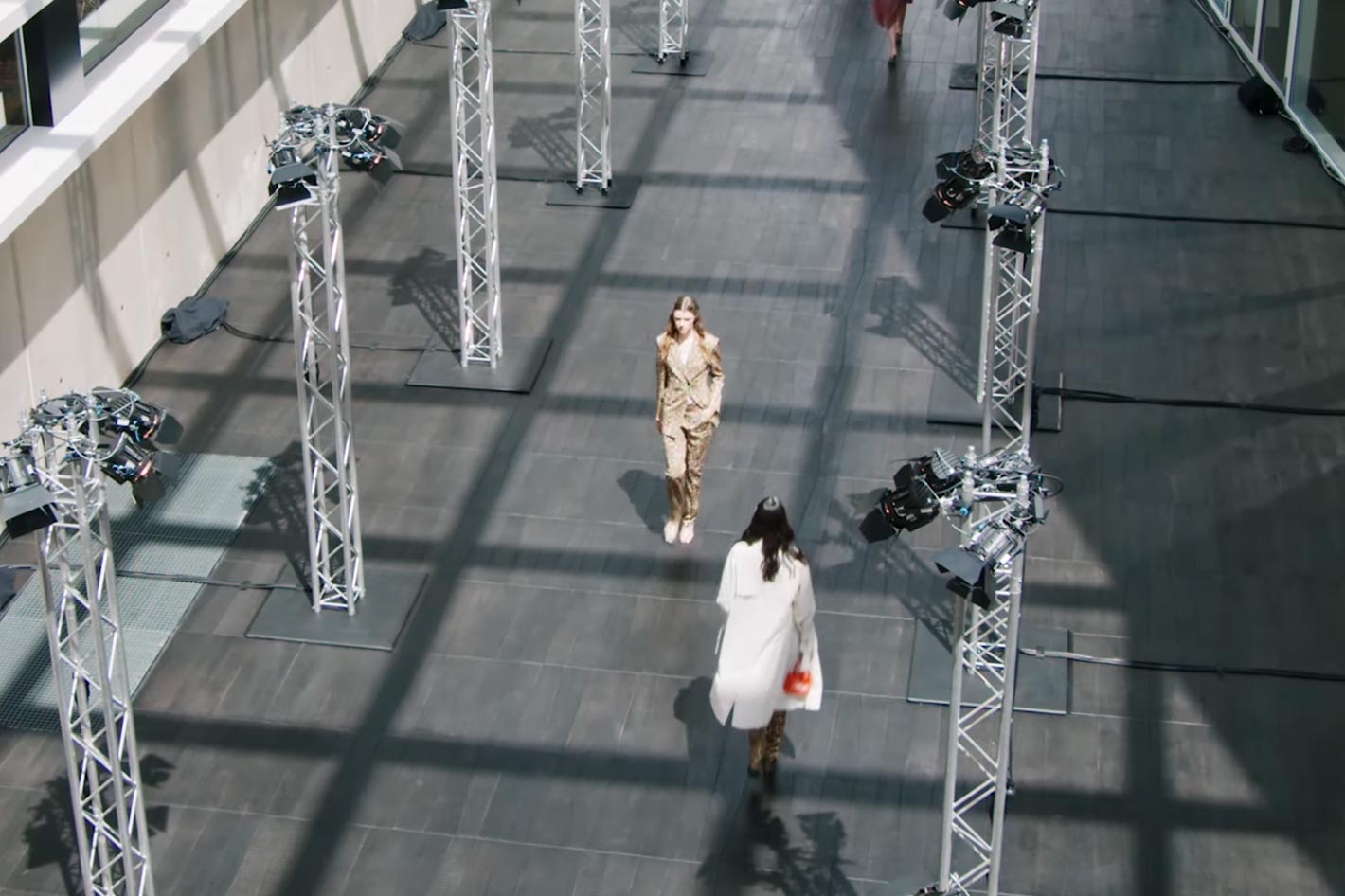 “All in all, the importance of digitisation has been boosted significantly in recent months due to the current situation. Six months ago, a digital fashion show was not an issue for us. In January, we had a catwalk show in Berlin as part of Fashion Week. Now we have created a fashion film within a very short time – and it was a complete success. Our futuristic headquarters in Bodelshausen as an architectural stage fits perfectly. I can very well imagine expanding this new direction in the future”, explains Helmut Schlotterer, Chairman of the Board, Founder & Owner of Marc Cain. 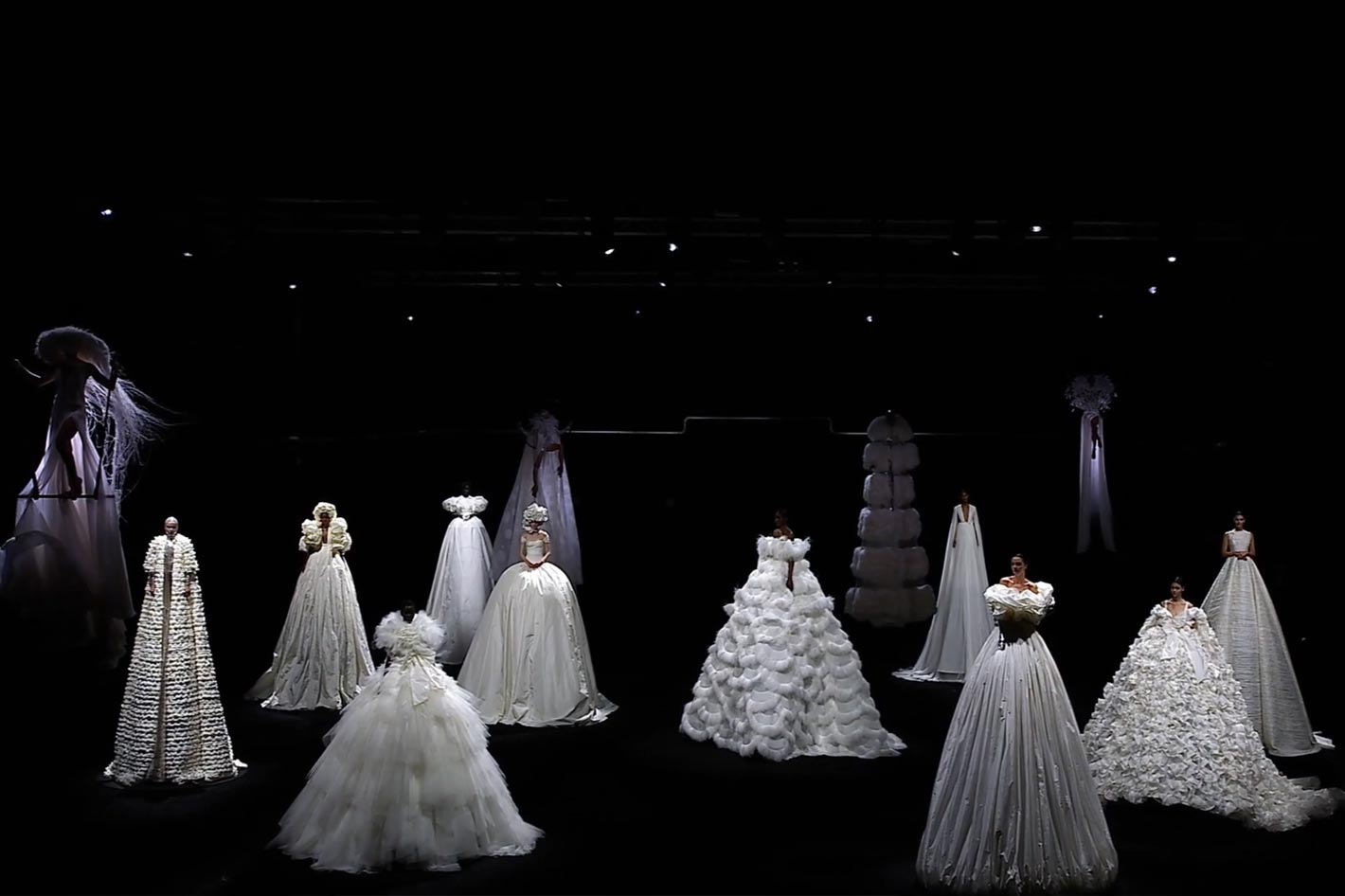 While many want to go back to the catwalk as soon as possible, the forced experience of digital events, due to Covid-19, has, no doubt, opened new horizons for many in the fashion industry. One example unveiled this July is the fashion film Of Grace And Light, directed by Nick Knight, and edited and filmed by Britt Lloyd. For A/W 20 haute couture, Pierpaolo Piccioli called upon Nick Knight to reimagine Valentino.

The resulting film premiered as part of a live performance made in collaboration with Valentino on Tuesday, 21 July 2020, in Rome. Exploring the idea of rebirth, placing human values in conjunction with the digital, this season Piccioli wanted to step away from the traditional show format. 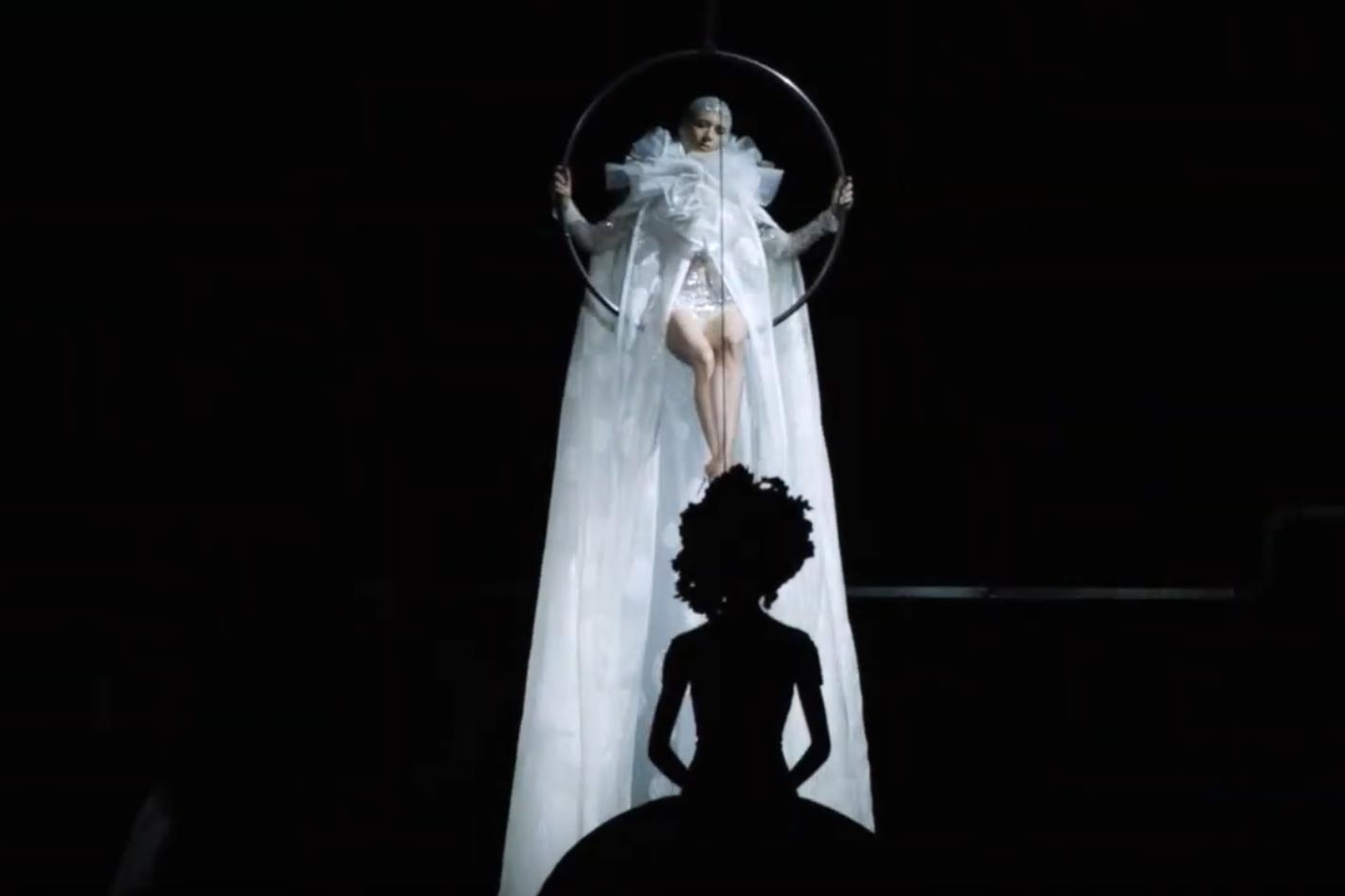 Physical and digital realities co-exist in the film, where 15 white dresses up to 20ft in length, styled by Joe McKenna, float through the air, – thanks to a team of professional aerialists on trapezes – all the whilst coloured by digital projections. Via fantastical proportions highlighting the craftsmanship of the Atelier, the film highlights the very real possibilities that fashion can bring about.

According to ShowStudio, Nick Knight and filmmaker Britt Lloyd directed the fashion film through Zoom over three days – like the Swan Lake Bath Ballet -, working with a ‘very talented Italian film crew.’ The film also includes a quote from the famed Italian film director and author Pier Paolo Pasolini on the importance of dreaming; together with the emotive soundtrack from FKA Twigs, and the show venue of Cinecittà Studios, the film nods to Italy’s rich cinematic history and its position as a fount of cultural inspiration. 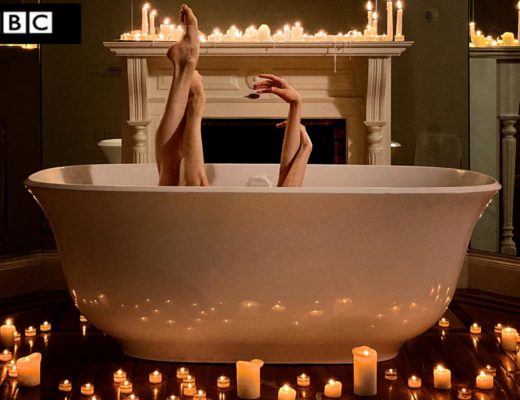