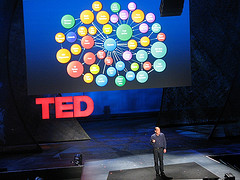 Back in the early days of the web, Peter Deutsch from Sun penned a classic list:The Fallacies of Distributed Computing. Peter took a long, hard look at dozens of networked systems that failed, and realized that almost every failure made one or more catastrophic assumptions:

Any time you make an assumption along the lines of the fallacies above, your project will almost certainly fail. These fallacies are best explained in anarticle by Arnon Rotem-Gal-Oz, but today I will focus on fallacy #5:Topology doesn’t change, and how the semantic web will fail partially because its creators made this fatal assumption.

As I mentionedbefore, proponents of the “Semantic Web” are trying to dial down their more grandiose claims, and focus on items with more concrete value. The term that Tim Berners-Lee is using these days isLinked Data. The core idea is to encourage people to put highly structured data on the web, and not just unstructured HTML documents, so the data is easier for machines to read and understand.