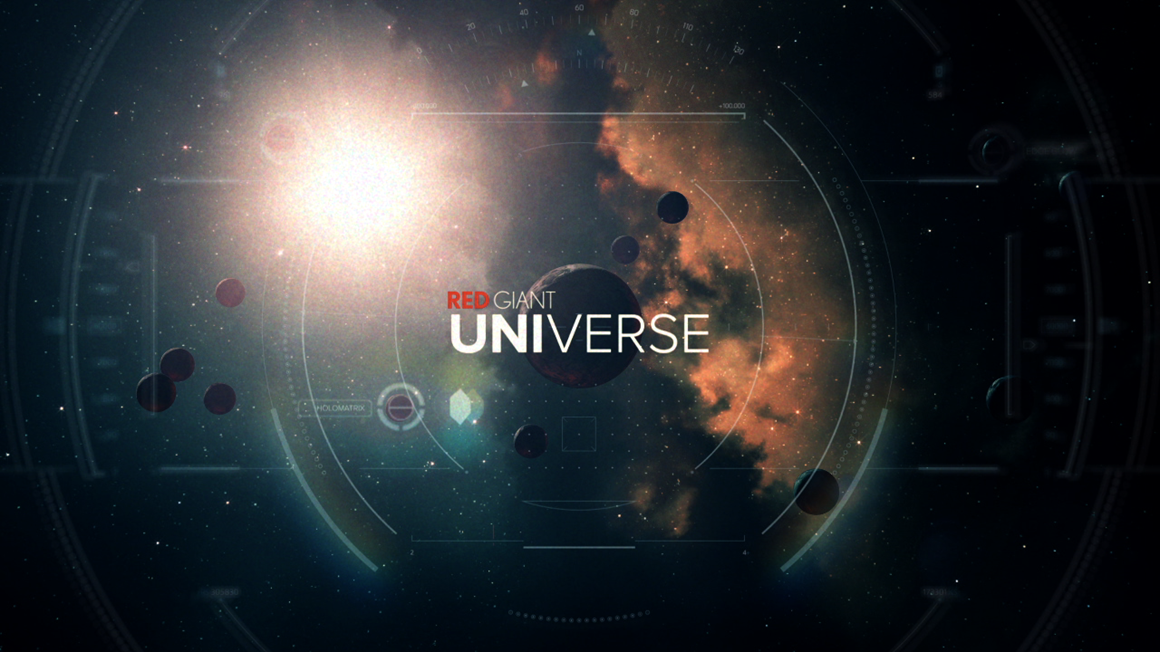 Today, Red Giant released an update to Red Giant Universe, its new multi-host app library of GPU-accelerated tools. The updated (version 1.1) includes nine new free and premium effects as well as updates that add new features and functionality to several existing Universe tools. These updates expand the Universe toolset to 59 Effects and Transitions, more than half of which are free.

“When we released Universe, we promised frequent updates,” said Sean Safreed, Red Giant's co-founder. “We added three new free tools including an awesome little Luminance noise generator. We also included Red Giant Carousel, available for the first time for Adobe apps. We held this release up for a few days to make sure it worked well in Adobe's new CC 2014 release.”

With less than two months of development time, one might expected a software update to offer some minor improvements, and maybe one or two new tools. But the Red Giant Universe team has turned around a large amount of new content in just a few weeks; and not only are there a lot of new tools, there are a lot of great ones.

“I'm really really impressed not only by the number of new tools, but by their quality and the artistic possibilities they provide,” said filmmaker and editor David Pepe. “Just the nine new tools in this update alone are worth the entire cost of Universe.”

The secret is Supernova, Red Giant’s powerful, new java script-based development platform, which makes the process of creating and updating plug-ins much faster and easier than ever before. Supernova also makes it simple to output plug-ins for all supported host apps, at the touch of a button. Currently, Universe supports Premiere Pro, After Effects, Final Cut Pro X and Motion, with more host apps on the way.

This release of Universe includes many new additions and updates including glows, cartoon effects, vintage footage treatments and more. Version 1.1 also features SplitScreen Blocks and SplitScreen Custom Blocks from CrumplePop, based on its extremely popular split-screen tool. This is the first time this tool is available for Premiere Pro and After Effects. In addition, Holomatrix and ToonIt have also been given new features and presets, based on user feedback.

One of the most interesting aspects of Universe is that plug-in development is being driven by the community. To that end, Universe 1.1 also includes a new free high-quality Compound Blur tool based on community voting in Universe Labs.

Red Giant Universe is available today as a subscription for $10/month or as a discounted yearly pre-pay for $99. Users who want the benefits of membership but would prefer to opt out of the subscription model, can opt for a lifetime membership for $399. The lifetime membership never expires and includes all Universe updates and upgrades released over the months and years to come. All Red Giant Universe tools and effects work in After Effects (CS 5.5, CS6, and CC), Premiere Pro (CS6 and CC), Final Cut Pro X (10.1.1) and Motion (5.1), and work on both Mac OS X (10.8.4 and later) and Windows 7 (64-bit) and Windows 8.1. This release is fully certified for the new Adobe After Effects and Premiere Pro CC 2014.

The Red Pledge
Red Pledge is Red Giant’s commitment to customer happiness, with no purchasing hassles. Learn about the Red Pledge guarantee at www.redgiantsoftware.com/redpledge/.

About Red Giant
Red Giant is a software company made up of talented artists and technologists who collaborate to create unique tools for filmmakers, editors, VFX artists and motion designers. Over the last decade, our products (like Magic Bullet and Trapcode) have become the standard in film and broadcast post-production — with over 200,000 users, it’s nearly impossible to watch 20 minutes of TV without seeing our software in use. From our experiences as artists and filmmakers, we aspire not only to provide tools for artists, but inspiration as well. Watch our films, learn from over 200 free tutorials, or try our software at redgiant.com.