Eric Philpott
Comment
We really pushed the boundaries of what you can do with the Creative Cloud software. For me, it's almost like being in a punk band again with Adobe: SpeedGrade and After Effects are my drummer and my bass player and Premiere Pro is my guitarist, who’s been getting much better. I have my band, and now I can tell my stories.

Leveraging the complete Adobe Creative Cloud toolset, Wayland’s Song, which premiered at Cannes on May 25, 2013, was written and directed by Richard Jobson. A former movie critic and television host, Jobson started his career as the charismatic front man for 1970’s punk band, The Skids. After working in broadcast, he began screenwriting in 2000 and was soon directing short films and game cinematics. Early writing and directing highlights included Heartlands, and 16 Years or Alcohol.

As an independent filmmaker Jobson brings a practical, can-do attitude to his work, producing movies that are technically innovative and pioneering in terms of subject matter; such as his visually powerful 2009 human trafficking short, The Journey.

Already familiar with Photoshop and After Effects, Jobson started editing with Adobe Premiere Pro in 2011 to conform and finish The Somnambulists – an arresting portrayal of fallen service personnel, recounting their experiences in Iraq, from beyond the grave.

“Premiere Pro allowed me to go back to the original, native rushes that I shot in camera, without changing or degrading the image,” said Jobson. “No other software allowed me to do that. With Premiere Pro’s dynamic link to After Effects, completing the film in Adobe software was a no-brainer for me.”

For his latest feature film, Wayland’s Song, Richard Jobson moved to an all Adobe workflow: Starting with Adobe Story Plus, which he used for script editing, preproduction planning, and to generate detailed production schedules, all the material was moved smoothly through Adobe Prelude, Adobe Premiere Pro, After Effects, Adobe Audition, and finally SpeedGrade for finishing.

Creating Wayland’s Song
Inspired by a Nordic myth, Wayland’s Song tells the story of a British soldier returning from Afghanistan. While the world he left behind him seemed dark and medieval, the world he returns to appears little better. He discovers that his daughter has disappeared and the film follows his search for her, a journey through friendship, tragedy and ultimately revenge.

“I have always loved a kind of graphic sensibility in my stories,” reflected Jobson. “The Wayland character has almost been lifted from a graphic novel. I love that type of thing. In all of my films I use the camera and lighting to create this quality.”

Wayland’s Song was beautifully shot on the Canon C300 by Director of Photography Andrei Austin. Offload, back-up and ingest was done with Adobe Prelude, which the production team used for shot-logging, adding metadata for use in postproduction, and pre-editing. 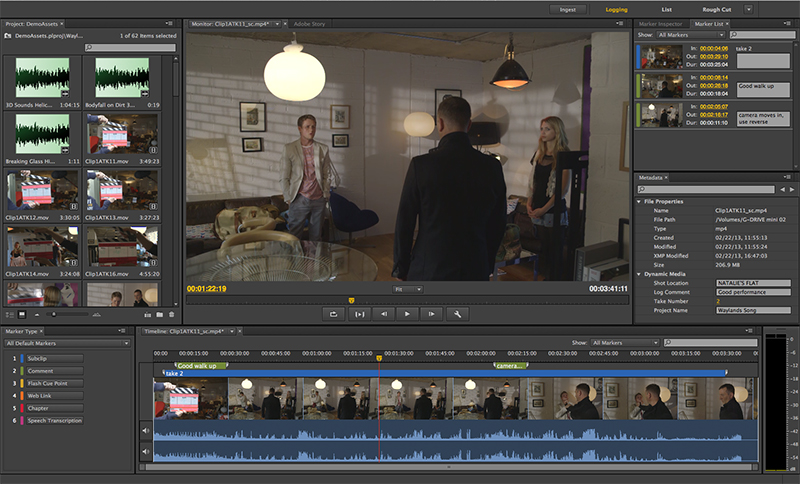 Visual effects and graphics were created entirely in Photoshop and After Effects, including a series of colorful, experimental sequences portraying the main character’s collapse into a seizure.  “I suffer from epilepsy myself, and I wanted to visualize that overwhelming sensory experience, where mind and body are flooded with light and you enter a world of hyper reality,” said Jobson.

The film was edited by Steven Sander in Adobe Premiere Pro. Moving to a native workflow allowed for a much faster pipeline that required no transcoding or rewrapping of files. XDCAM, Apple ProRes and H.264 codecs were all mixed on the same timeline in a smooth, seamless process. The combination of HP hardware, an Nvidia Quadro 5000 graphics card and the Mercury Playback Engine in Premiere Pro eliminated rendering from the editing process and allowed instant feedback when working with complex visual effects.

“I was instantly impressed by the speed and responsiveness of Premiere Pro,” said Sander. “It seemed to handle everything we threw at it and it was great to be able to switch between Mac and Windows hardware, as needed, without converting sequences or media.”

Audio clean-up and mixing was done in Adobe Audition by musician and composer Keith Atack, who previously worked with Jobson on Heartlands and 16 Years of Alcohol. “This was a really fun and challenging project. A number of the team have a background in video game production and we tried to bring some of that dynamic to both the visuals and the sound design,” said Atack. “Audition lets me to work quickly and intuitively, allowing me as a sound designer to stay in the creative moment and get instant feedback. That was really useful for the more experimental sections of the film.” 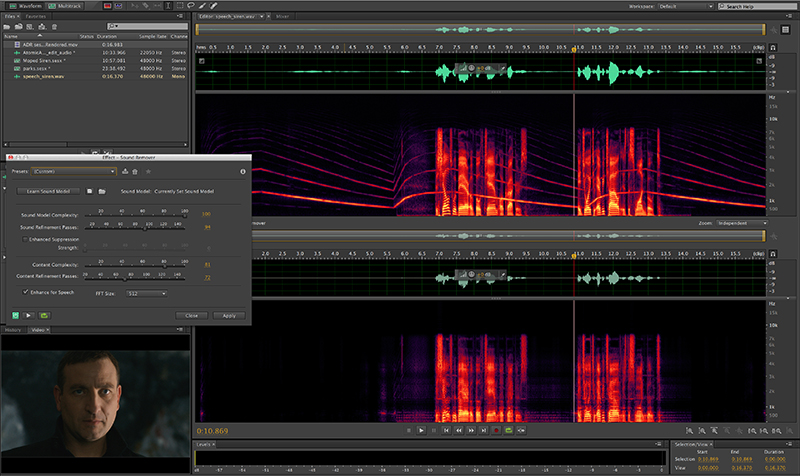 Audio editing for Wayland's Song was done in Adobe Audition.

Grading and finishing were completed in SpeedGrade by colorist Dado Valentic at his MyTherapy facility in central London. Valentic has been a longtime SpeedGrade user.

“We actually developed the looks for the project in SpeedGrade before we started production,” explained Jobson. “This allowed us to view our shots as they came in with the creative looks applied. It was really helpful – just one of the ways that these tools allowed us to work faster and more efficiently.”

“Richard gave me a lot of creative freedom on this project,” said Valentic, “so I could really put SpeedGrade through its paces.  I applied technical looks, which I created to adjust the camera color spaces, along with the creative looks Richard used during production. With SpeedGrade, all of these color adjustments are layered so it’s easy to combine all of them for a final result that is both color corrected and stylized with the artistic look of the film.” 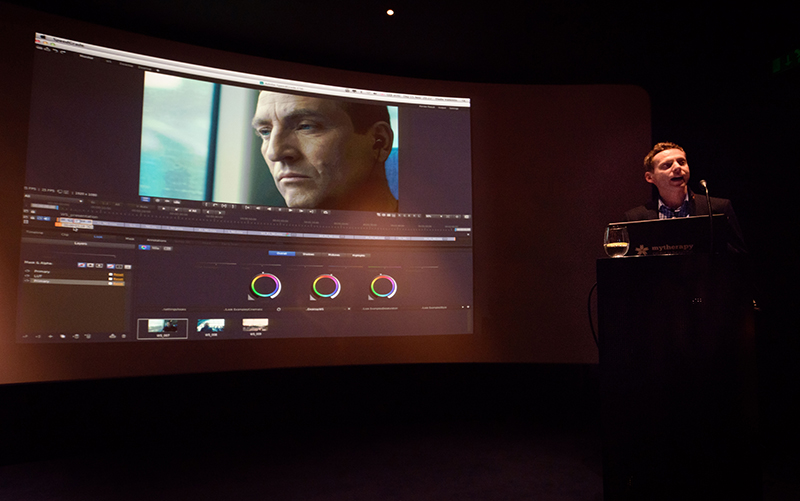 Colorist Dado Valentic talks about his work with SpeedGrade on Wayland's Song.

Filmmaking with Adobe Creative Cloud
Jobson joined Creative Cloud in 2012, soon after it became available, and couldn’t be happier with the service and the tools. “Adobe Story Plus gives me a great place to start my projects, and with the whole package I have all the tools for production right through to finishing. This software gives me the freedom to make films the way I want to make them.”

Wayland’s Song premiered at the Cannes International Film Festival on May 18 and will see theatrical distribution in the UK and Europe in September 2013.

Learn more about Adobe Creative Cloud and the latest tools for filmmakers mentioned in this article.

Listen to a recorded Ask a Video Pro session with Richard Jobson from June 13, 2013.