A whole collection of two-dimensional photographs  made it possible to create a Virtual Reality model of the Palace of Versailles that offers anyone a unique visit of the palace built by Louis XIV. 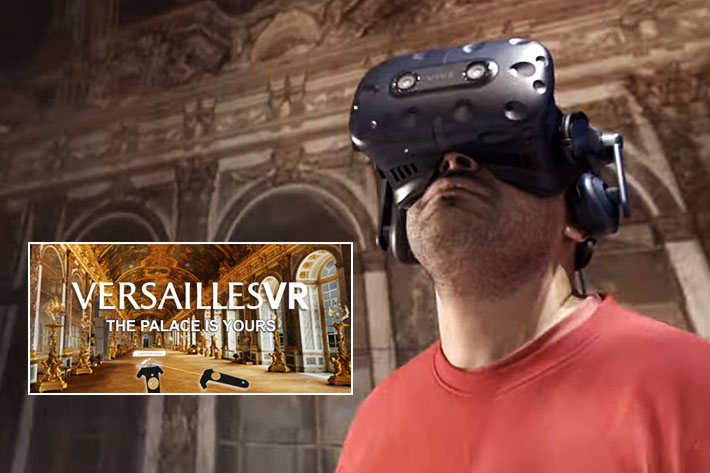 Never a 3D model will replace the emotion of actually stepping into the monument, but the new app “VersaillesVR: The Palace is Yours”, gives users a new way to explore parts of the majestic place.

A private virtual tour of the former home of French royalty, “VersaillesVR: The Palace is Yours”, is a tour that invites you to see the Palace both during opening hours and under the light of chimney fires. Being able to wander through the different rooms without crowds of tourists, with the ability to see paintings, statues, exquisite furniture and other works of art without having to fight for space, is a bonus that, even if you’ve visited Versailles, you’ll appreciate.

This invitation to visit Versailles is FREE, all you need is a VR headset. Yes, it is possible to watch the app on a flat screen, but believe me, nothing is as exciting as using a Virtual Reality headset (Valve Index, HTC Vive or Oculus Rift), which transports you, not into a 360 degree flat experience, but a real 3D tour developed by Google Arts and Culture and makemepulse and published by the Château de Versailles. One word of caution: you need a powerful computer to view the experience. Windows 10 64bit, an Intel i5 6600K, Nvidia GTX 1070ti and 20GB of available space are recommended. 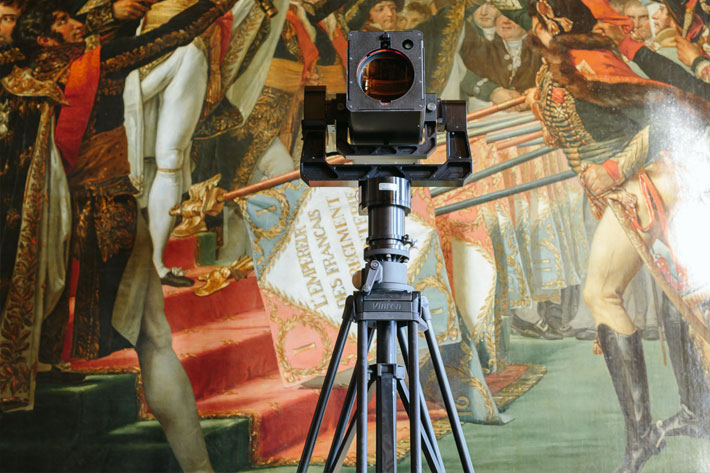 Almost touch masterpieces with your nose

Some of the first comments about the app point to the resolution, which could be better. Well, there is something that can be done, if you’re familiar with your VR headset: use super sampling, which creates a larger image, with more resolution, that is then sent to the VR display. On the Oculus Rift, I use the free tool OTT – Oculus Tray Tool, to create a profile for each app I want to run with super sampling, also controlling, from the app, how the CPU is used. That will give you some extra detail.

True, “VersaillesVR: The Palace is Yours” is not a high resolution experience, but there are some surprises, as the level of detail you can go when looking at the paintings. In fact, Google used its Art Camera to capture the detail. As the engineer Ben St. John, from the Google Cultural Institute wrote, back in 2016, “so much of the beauty and power of art lives in the details. You can only fully appreciate the genius of artists like Monet or Van Gogh when you stand so close to a masterpiece that your nose almost touches it”. Well, that’s exactly the type of experience you get here, a whole new way to discover the paintings at the palace, something that is not even possible to do during a regular visit to Versailles. 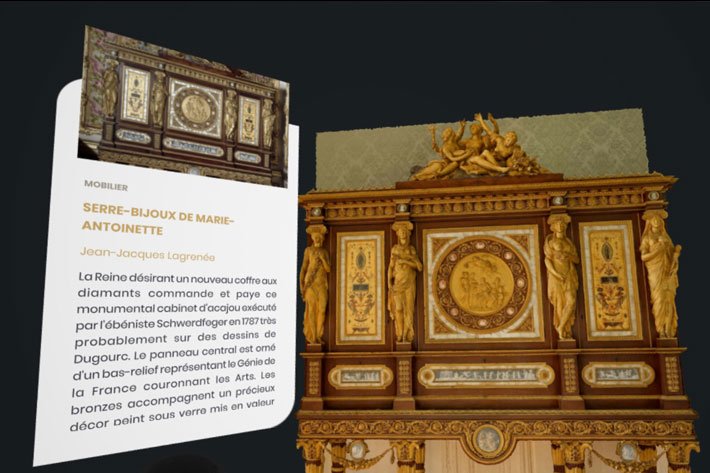 A partnership started 7 years ago

The Google partnership with the Palace of Versailles  goes back to 2012, when the Palace History Gallery opened (June 14, that year). As a prologue to the visit to the State Apartments, eleven rooms explain to visitors the richly varied functions of the places they are about to explore. The visit combines the presentation of the collections of Versailles with physical scale models and striking 3D reconstructions.

Google and the Château de Versailles have worked together for some years now, and this new VR tour is the result of that cooperation. The experience is not perfect, the control and locomotion system could be better, but the chance to “be there”, to see objects close and move around them, will, if the theme interests you, make for an enjoyable experience. Catherine Pégard President of the Palace of Versailles says that the palace “has always been an incredible place to visit. Today, opening the doors of Versailles to the world means opening them virtually, too.” 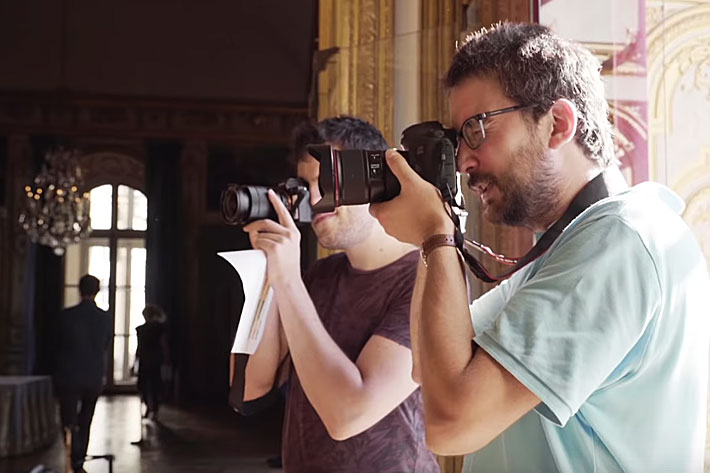 The new app, “a technological first in the cultural world”, says Catherine Pégard, takes visitors on a virtual reality tour of the Royal Grand Apartments, the Chapel and the Opera. To recreate the palace,  photogrammetry was used, with 132 thousand images captured over a two week period. Then the technology, which reconstructs three-dimensional models of objects and landmarks from two-dimensional photographs, made the magic.  Add the tour guide and the support texts and you’re about to enter a unique experience. 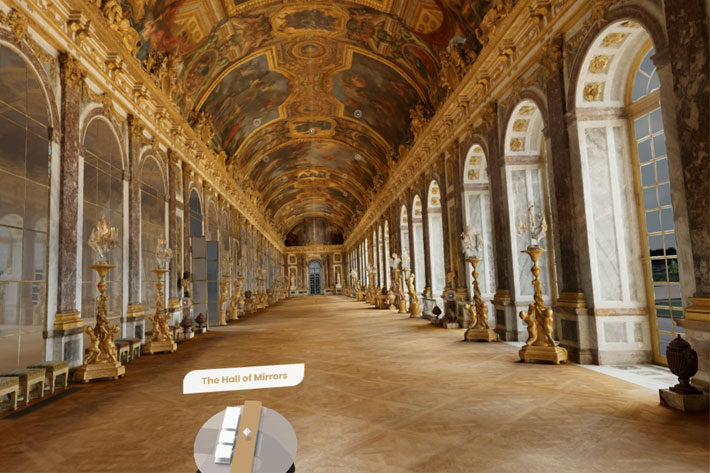 Try the night mode when in Versailles

“VersaillesVR: The Palace is yours” offers you a unique visit of the palace built by Louis XIV. Alone, and free to discover the works in the most emblematic rooms, immerse yourself fully in the Palace of Versailles. The King and Queen’s State Apartments are all yours, plus other locations besides… Climb onto the stage in the Royal Opera House, draw up close to the high altar in the Royal Chapel sculpted by Corneil Van Clève in the 18th century, and discover the Hall of Mirrors, one of the most iconic places. Tapestries, paintings, ceilings, sculptures and furniture, everything is within reach of your controller to grant you unlimited and privileged access to the treasures of Versailles. For a more intimate experience, switch to night mode and explore the Palace by the light of chimney fires. 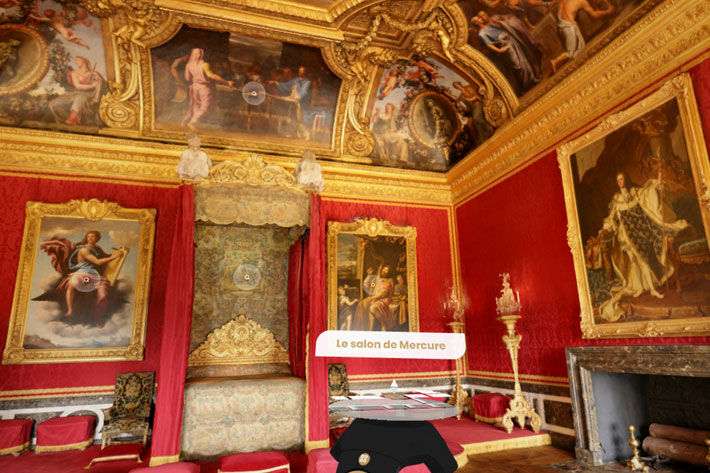 The President of the Palace of Versailles says the new app is “an invitation to discover the secrets of Versailles, and a magnificent sneak peek for those who might plan to visit in person. Though nothing will ever replace the emotion of actually stepping into the Palace, we hope this visual immersion might inspire you to do just that.” In fac, the VR tour can be the start of a never ending exploration, as the Palace History Gallery website offers much more information you may want to read. Maybe in preparation of a visit the the real thing. 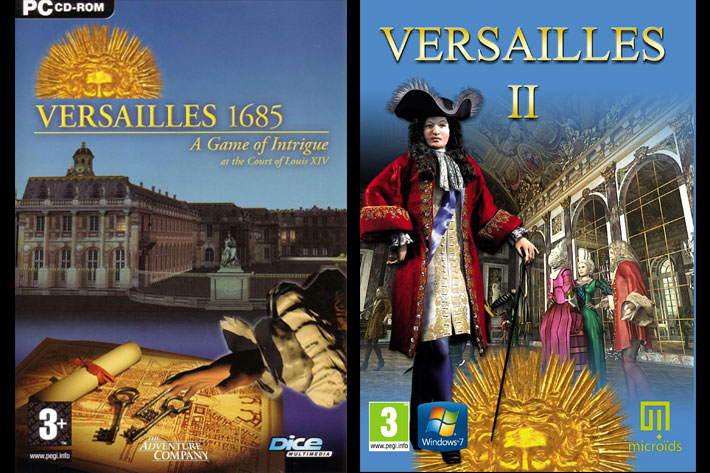 In fact, discovering a place before visiting it in person can be an asset. Back in the mid 90s I wrote a review of a 3D adventure game, developed by Cryo Interactive Entertainment, and published by Cryo, Canal+ Multimedia and the Réunion des Musées Nationaux. The title was Versailles 1685 or Versailles: A Game of Intrigue, a story that used Versailles as background. The title was a commercial success, and my newspaper editor at the time acquired it for his son, a student who was going to visit Versailles during a school trip. The 3D adventure gave him a knowledge of the palace his classmates did not have, so everybody, even his teachers, were surprised. It explains why the title is used in French schools to teach History. 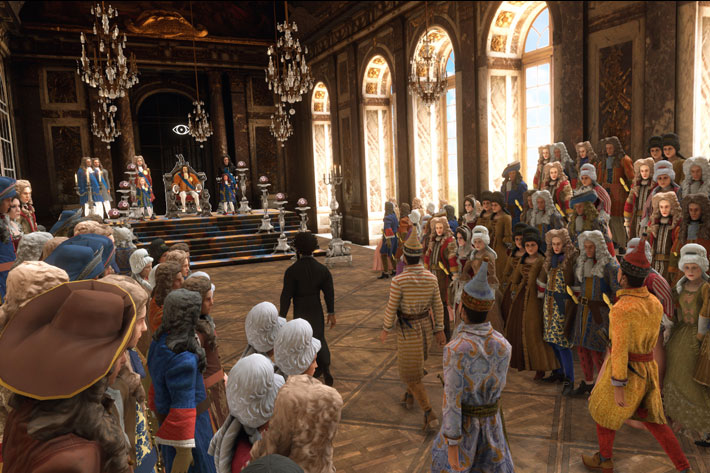 I tell the story here because it reveals how 3D, and now VR, demonstrate a continuity in the evolution of tools used to explore the world around us. Both use the same base techniques, photography and or video, and while the end result may have changed, the goal – to share culture and information – is the same. To see the video with the making of of Versailles 1685, follow the link. It’s time well spent, believe me! 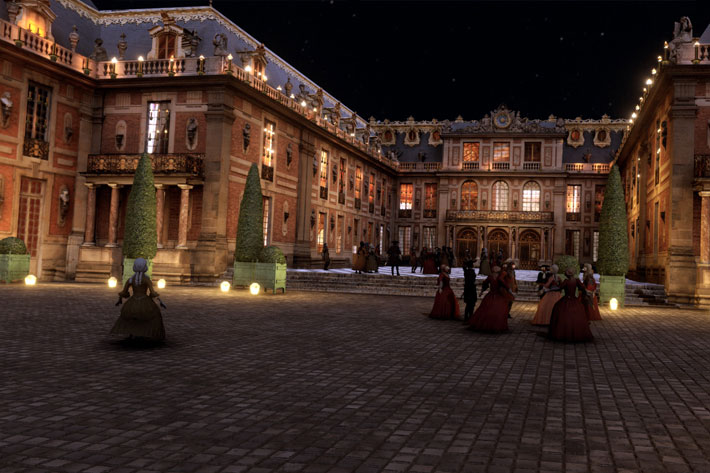 Versailles 1685 was followed by Versailles II: Testament of the King a video game released in 2001, another 3D game created with Cryo’s game engine, Omni3D. The French company, responsible for the creation of titles based in Philip K. Dick (Ubik) or Philip José Farmer (Riverworld)  novels and also titles based in the tridimensional recreation of places, from the Ancient Egypt to China under the Qing Dynasty, is somehow mirrored in the experiences followed by a new French company, makemepulse, developers of “VersaillesVR: The Palace is yours”, but also of another title, with VR support, launched in 2018, “Experience Versailles”, which invites you to live two historical events that took place at the Palace of Versailles : the visit of the siamese ambassadors during Louis XIV’s reign, and the Yew Tree Ball, organized by Louis XV.

“Experience Versailles”, also published by the Château de Versailles, can be considered as a first essay from where the team moved to offer “VersaillesVR: The Palace is yours”. The title is, again, compatible with Valve Index, HTC Vive and Oculus Rift VR headsets, and is free to download from the Steam platform. A Windows 10 64 bit PC is needed, and from a Intel i5 6600K to a Nvidia GTX 1080, the recommended specifications are a clear indication of how much VR needs a powerful machine. 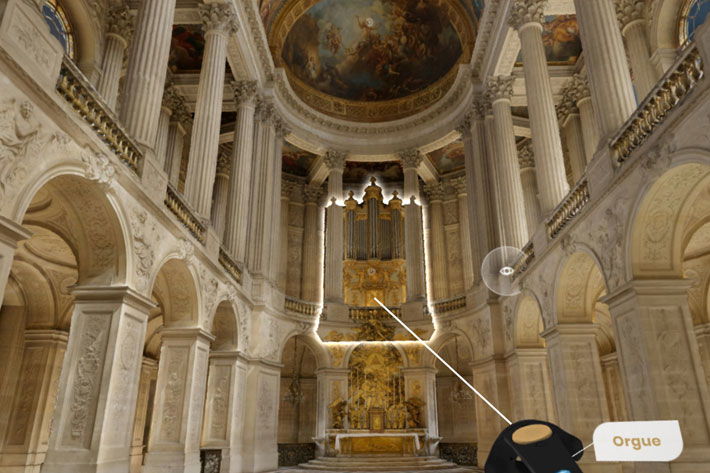 The two Virtual Reality titles, plus the 3D games using Versailles as background, are not only important to the general public; they are key elements for anyone interested in exploring the production side of this type of material, and the evolution of tools and techniques when working with locations as Versailles. The information made available and the “making of” of both the VR title and 3D game point to the specific problems posed by these reconstructions, either for fictional narrative or real representation of the spaces to audiences searching for other forms of seeing content. They give readers a context that helps to better understand the path content creators are exploring.