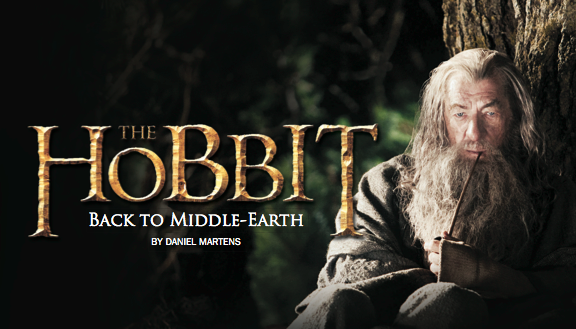 Almost nine years have passed since the release of The Lord of the Rings: The Return of the King during which loyal Tolkien fans speculated whether its literary prequel The Hobbit would ever
make it to the silver screen. The adaptation was originally supposed to be a marriage of minds with Guillermo del Toro directing and The Lord of the Rings film trilogy director, Peter Jackson, producing. But The Hobbit would languish in pre-production for years, losing del Toro due to scheduling conflicts. The film seemed lost until a glimmer of hope emerged as director Peter Jackson himself took the reigns and charged right back into Middle-Earth, shooting three films instead of the originally planned two. The wait is finally over as Jackson and company have conjured up a 3-D fantasy spectacle that is sure to be as much a feast for the eyes as for our spirits and imaginations.

Shot over 18 months, the new Hobbit trilogy would require an editor that could meet the heavy demands brought upon by shooting delays that resulted in a quick turnaround. For this, Jackson turned to fellow New Zealander and The Lovely Bones editor, Jabez Olssen, who once worked as an assistant on The Lord of the Rings: The Fellowship of the Ring back in 2001. Now Olssen is in the editor’s chair for all three films starting with The Hobbit: An Unexpected Journey. Even with the release of the first film, Jabez stays hard at work putting together the next two. I caught up with him in Wellington, New Zealand to learn about the challenges of the daunting task and to find out why halflings with furry feet still captivate us.