Leading software developer, The Foundry has released the new version of its powerful node based compositor, NUKE.

They were also joined live onstage for a Q&A by Hugo Guerra, Head of NUKE at The Mill and Paul Simpson, Founder and Creative Director at Realise.

Hugo Guerra, Head of Nuke at The Mill comments: “This update of NUKE cements it as the most powerful compositor in the market today. It doesn't matter if you are making a film, a commercial, a TV show, game cinematics or creating an art installation, you will never be disappointed with its unique scalability and raw versatility”.

The vast list of features include the new Dope Sheet, allowing artists see and move keys around in the context of a timeline style view, a brand new Text node letting artists compose, edit and animate directly in the viewer.

There are big updates to NUKE’s grading and colour correction tools with a new intuitive in-panel colour wheel to control hue, saturation and value as well as Scope tools to help users analyse the picture like Waveform, Vectorscope and Histogram viewers and a pixel analyser. There’s also a new Match Grade node enhancing NUKE’s grading capabilities. 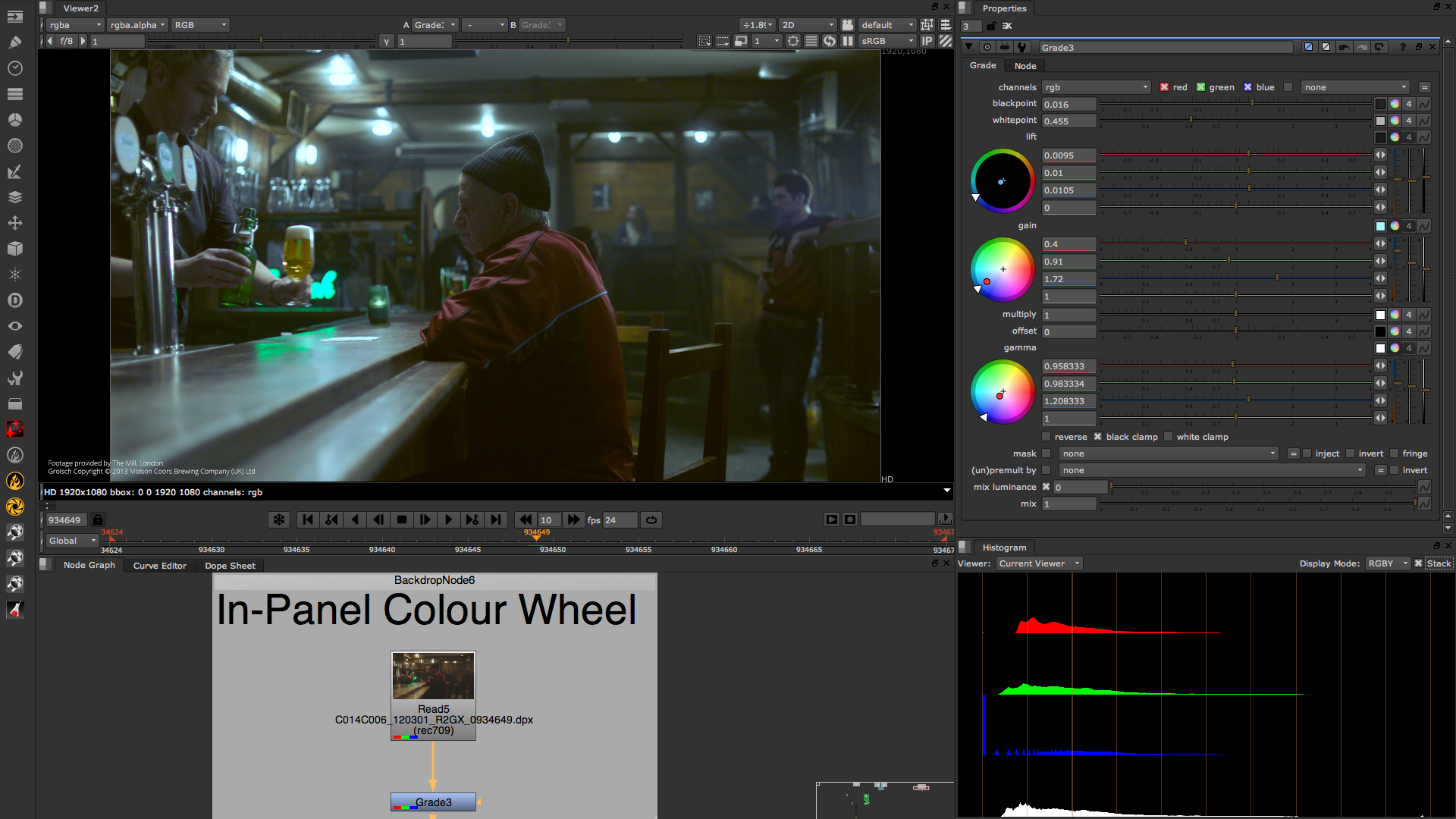 Jeff Jasper, Digital FX Supervisor & Technical Lead at New Deal Studios comments: “Colour is really important and the fact that they added colour wheels right within the correction tools is great – it gives you much more flexibility. The Match Grade node update in NUKE 8 also really helps you get the colour correct you need in a commercials workflow much quicker.”

Brand new 3D tools include Viewer Capture to allow users to flipbook images from the 2D and 3D Viewer, a new Edit Geo node, a Particle Cache node to speed up rendering times and the Wireframe Shader node for various visual effects and increased control over projection mapping.

With NUKE 8 developers are able to write their own image processing operations inside of NUKE using the new Blink Script node to ensure they get the best possible performance from their teams hardware.

The new Import NUKE function allows developers to use NUKE as a module in any Python interpreter, and developers of C++ plugins can now output planar data in more flexible ways thanks to new Planar Rendering Framework.

Alongside the NUKE 8 release, HIERO 1.8 is also available today, bringing a wide range of user driven new features and improvements to HIERO and HIEROPLAYER. These will include new Quicktime colour handling controls, a wide range of enhancements to optimise playback, new audio level controls, the ability to use custom readers and a whole host of additional improvements and fixes. This update really enhances the NUKE / HIERO workflow offering.

For further information, and to watch a recording of the event click here.

NUKE 8 Testimonial from The Foundry on Vimeo.

In the design world, MODO enables the creation of a huge variety of things from products and advertising material to games assets, animation projects and beyond.

In 2013, The Foundry made the Sunday Times Tech Track 100 for the fourth consecutive year, ranking in 92nd position. This year, the company has also been shortlisted for categories in the UK Tech Awards and the National Business Awards. The Foundry’s CEO Bill Collis was recognized as the UK Technology winner for the Ernst & Young Entrepreneur of the Year award.