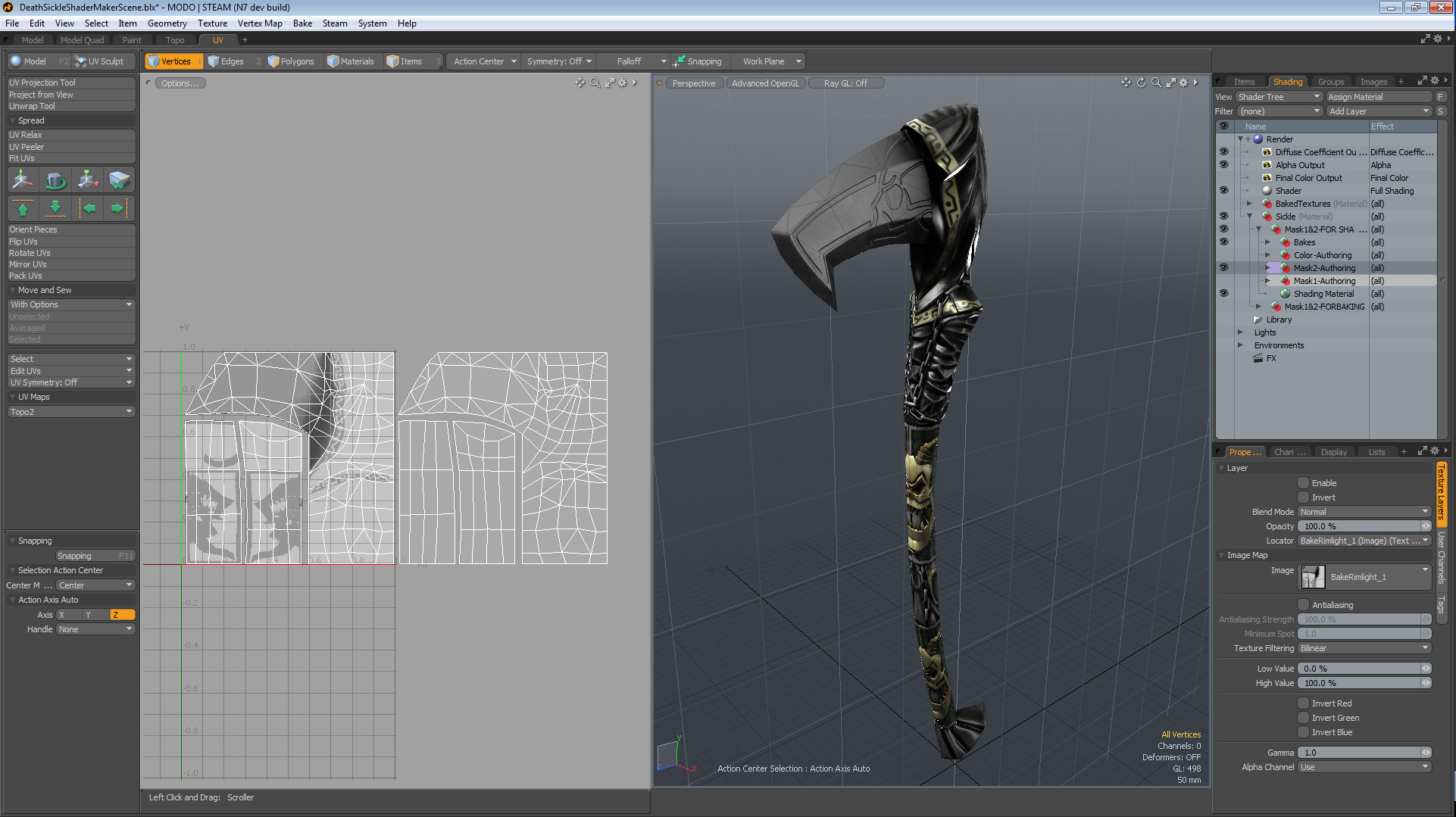 Have you ever wished your favorite DOTA 2 characters could heft an eight-bladed battleaxe made of purple flame or a brutal mace topped with a dismembered human head? With MODO Steam Edition’s vast 3D content creation tools, you can forge the weaponry of your dreams (and much more) for DOTA 2 and other Source engine games.

Modeling 3D weapons, armor, and other custom gear for DOTA 2 is a lot easier and more fun, now that MODO Steam Edition (MSRP $149 – http://store.steampowered.com/app/244290) is on the scene. With the launch of The Foundry’s powerful modeling app designed specifically for Valve’s Source engine, gamers and content creators across the massive Steam crafting community can now construct amazing kit for their favorite heroes.

Until now, creating custom items for DOTA 2 has been a patchwork process involving multiple programs with no quick-and-easy way to get your gear in the game. MODO Steam Edition solves this problem by pairing powerful pro tools that let you model, manipulate, texture, and paint just about any crazy piece of gear you can imagine! Even better, you can save your creations to the Steam cloud and seamlessly export anything you create into DOTA 2.

The expansive content creation tools in MODO Steam Edition are tailored for quick and flexible integration with DOTA 2, though they can also easily be used for creating assets for other Source engine games like Team Fortress 2 and Left for Dead! Feel like making some funky new hats, or example, or awesome accessories? No sweat!

MODO Steam Edition is a streamlined, purpose-built version of The Foundry’s award-winning MODO program (www.thefoundry.co.uk/modo) — the end-to-end 3D content creation solution of choice for tons of product designers, VFX film studios, and game makers, the likes of Gearbox Studios. It’s used widely across the industry, for everything from creating alien weaponry and vehicles for blockbuster sci-fi films like District 9 and Star Trek: Into Darkness to making characters and scenery in AAA games like Borderlands 2 (read more about that here: http://bit.ly/191cc9l) and Sly Cooper: Thieves in Time (also here: http://bit.ly/J7P3bS)