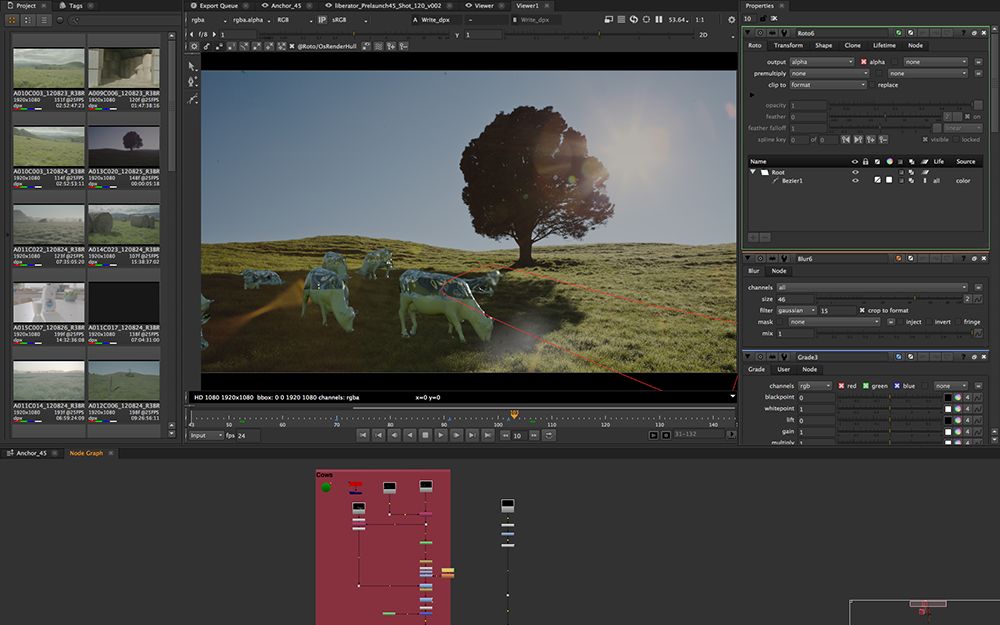 The Foundry, providers of award-winning creative software used globally by leading artists, will bring even more power to its NUKE family of products, with an enhanced version of NUKE STUDIO.  NUKE STUDIO, a powerful node-based VFX, editorial and finishing studio, provides unmatched review capabilities for creative individuals working independently as well as collaborative teams working on quick-turnaround projects.  The Foundry will demonstrate the new features at NAB, Lower South Hall at booth SL 6329, as well as broadcast them during a live stream on Tuesday, April 14 from 10am – 2pm PDT.

“In order to keep pace with the ongoing demands our customers face, we decided to bring incremental, value-add components to our NUKE family of products,” said Philippa Carroll, head of Media Production, Business Strategy and Operations. “With these features, NUKE STUDIO becomes an even more invaluable single, integrated VFX and finishing application for both individuals and teams.”

NUKE STUDIO’s new features, expected to be commercially available this summer, include :

About The Foundry
The Foundry develops award-winning creative software used globally by leading artists, designers and creative professionals. The portfolio lets users create inspiring and technical high-end visuals in the areas of Media Production (film, commercial, episodic, gaming and VR/AR), and Design (enterprise and creative), as well as participate in emerging high-growth markets such as 3D printing. The Foundry’s wholly owned subsidiary, Made With Mischief, develops simple, creative and accessible tools and applications that empower people to explore ideas and create.

In 2015, the London Stock Exchange named The Foundry one of its “1000 Companies to Inspire Britain.”

© The Foundry, its logo and product names are registered trademarks in the UK, USA and/or other countries.