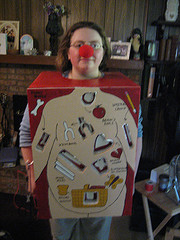 The Face of the New Branded Contest – Mobile and Social Media | ClickZ.

When it comes to online promotion, branded contests used to be left to their own devices. Sure, marketers would mention them on their brand and product sites and in some existing banner ads, but the proactive effort often ended there. Few would go so far as to develop an entire digital campaign dedicated to increasing awareness and entries. These companies had other things to push, after all: their products.

But that was before mobile marketing made it possible for brands to contain entire contents within the boundaries of a mobile app, and social media became a viable channel through which to engage consumers. Modern branded contests are highly interactive, multi-platform affairs, and their marketing campaigns must complement this.

For its Casting Call contest this year, Gap is using mobile marketing and social media to attract entrants; it’s expecting to receive over a million. The contest, in which parents submit photos of their children in the hope that they’ll become the new face of babyGap and GapKids, is in its fifth year. For the first time, it includes the use of a mobile app. Created in tandem with mobile entertainment agencyskyrockit, the Casting Call iPhoneapp makes it possible for parents to upload an entry photo and vote for their little cutie to become the “fan favorite” entirely on their mobile devices. A complementarymicrosite facilitates online entries, and both channels encourage entrants to use Facebook and Twitter to solicit the fan voting support of their family and friends.