Many winter sports enthusiasts recall sitting in high school auditoriums or theaters on the edge of their chairs watching content from Warren Miller, a legendary American ski and snowboarding filmmaker. Miller produced, directed, and narrated his films until 1988. His talented staff continues to create iconic films about skiing and other outdoor winter sports that are renowned for their stunning photography, witty narrative humor, and impressive athletic talent. Two of the people who’ve kept the Warren Miller Entertainment legacy alive are John Barcklay, post-production supervisor, and Kim Schneider, executive editor. Both have spent decades working with Warren Miller and recently adopted an all-Adobe workflow, including Adobe Premiere Pro software. 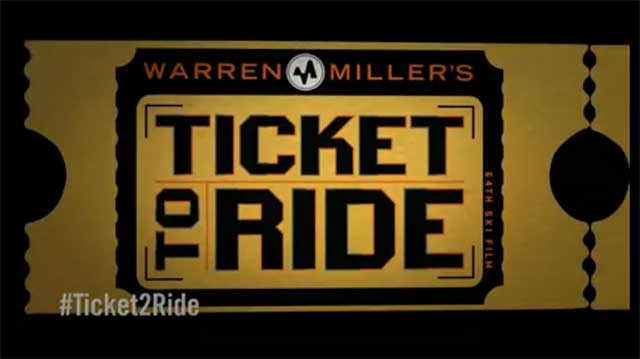 Adobe: Tell us how both of you got started with Warren Miller?
Schneider: I was living in my truck in Lake Tahoe, California at a ski area when I met Warren. I knew what I wanted to do from the time I was 12 years old—to ski and make movies about skiing—so there was no hesitation in taking the job as editor with Warren. People tell me I’m one-dimensional, and my answer is “Isn’t that great?” That’s how I got started, and I have been working in editing films with Warren Miller for 35 years. I’m now executive editor—it never gets old.
Barcklay: I have been working with Warren Miller Entertainment for 25 years. I started back in 1989, running film back and forth from Hermosa Beach to Burbank to drop off dailies and bring them back. I would log all the key codes on the film, a very time-consuming and tedious process. I gradually worked up through different positions to become post production supervisor. 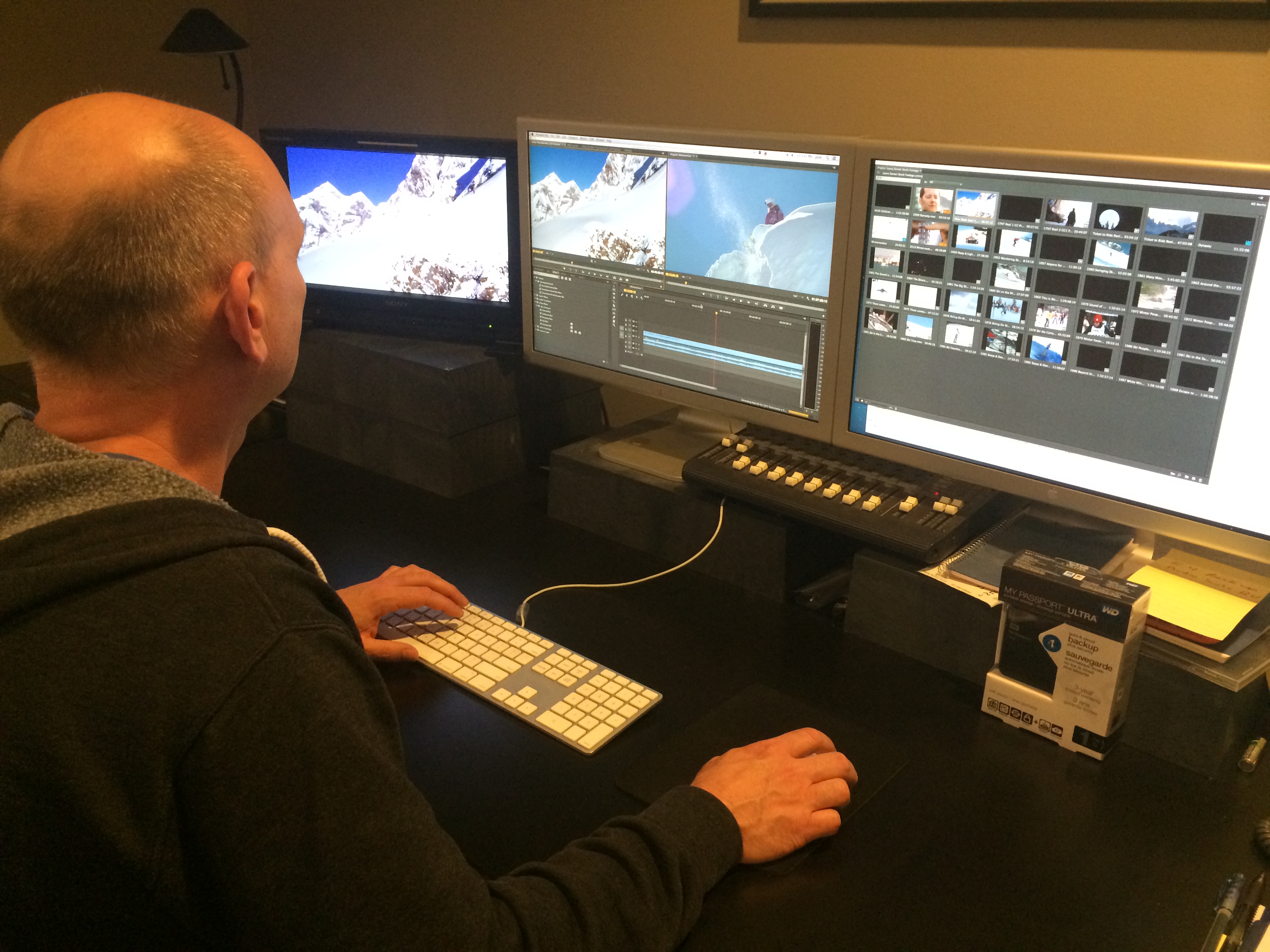 Adobe: How has the workflow changed since the early days?
Schneider: I’m dating myself, but I used to hack frames apart with a razor blade and then tape them back together. If frames were missing, I’d have to hack up film and put back the missing frames. We would cut the film and hang the footage up on hooks that were called trim bins—that’s where the term bin that is used today in digital video originated. Using bins was never foolproof, and sometimes cuts of footage got lost or fell. It was nightmarish trying to stay organized. Then we went to videotapes, which also had their issues. We tracked videotapes of footage using arcane methods like Polaroid pictures with time codes pasted on sheets of foam or cardboard. Then we had to find a shot by going through footage to find the right time code.

Adobe: When things first went digital, what was your strategy?
Barcklay: We started out with Avid, then moved to Final Cut Pro in 2003. But then when Final Cut Pro X came around, it didn’t meet a lot of our needs as professionals. We took a look at Adobe Premiere Pro and were impressed with its professional color correction, compositing, and so on. Also, when we saw that we could throw virtually any format on the timeline whenever people got back from a shoot without having to transcode it, we were instantly sold. We can just import footage and start working. That’s crucial for us for two reasons: we work with huge volumes of footage, sometimes upwards of 200 hours, and we have to cull it down to a 90-minute feature. And, we typically have a lot of cameras running in different locations using different formats when we’re making our annual feature film, so we can’t spare the time to transcode everything.

Adobe: What is your editing process?
Schneider: We start by formulating a plan for the year. In theory I’m just an editor, but I’ve been with Warren Miller for so long I’m always involved in the planning stages. We talk about the direction we want to go, but our plan is somewhat dictated by the weather. Eventually, the footage ends up on a drive in front of me. I work offsite for a good part of the year, and I just start dragging it into Premiere Pro and wailing away on it. In a lot of ways you can put us into the music video category because we rely heavily on the soundtrack to motivate the edits. In the end, it’s all about the action – how someone turns, how deep the snow is, and the overall beauty of a shot. 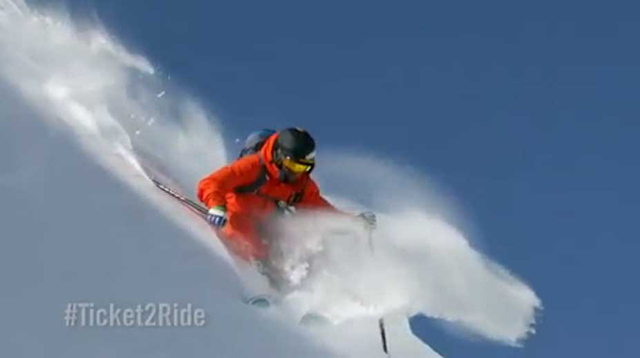 Barcklay: Before everything goes to Kim, we send out the shots for a quick color-correction on the dailies. After the edit is complete, we organize the shots and remove any spots on lenses, hair, or dirt using Adobe After Effects or Photoshop. We may also transform some of the footage for YouTube, Vimeo, and tablets for our Active Interest Media publishing arm. We also use After Effects for various graphic based projects and Adobe Encore to create Blu-ray discs for our annual feature film tour and many other projects.

Adobe: Has working with Adobe Premiere Pro made editing fun again?
Schneider: For me, it’s almost like playing a video game. The way we do it now has given me the longevity I needed. The computers just have to get faster and faster to keep up. Filmmakers are now able to bring excitement to editing, a part of the filmmaking process that’s usually not considered that glamorous. I remember the days when we laid pieces of film on top of each other and crammed them into a projector or sent them off to an optical house. We wouldn’t see the results for a week, and they were often not even close to what we were imagining. Today, we can composite several shots and see the results in 10 minutes—it’s amazing. The speed and professional features, combined with the ability to instantly work with any format on the timeline—all these facets have completely transformed our workflow for the better. 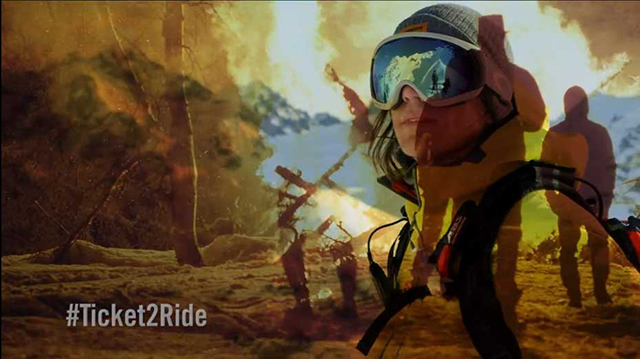 Adobe: Do you have any favorite features in Premiere Pro?
Schneider: I’ve never sat in an editing room with a monitor two feet away from my face. Instead, I work on a three foot by four foot screen that’s eight feet away. In my ultimate world I would edit in a movie theater. The one keystroke I use all day long is when you hold your mouse over the media browser and hit the tilde key and the frame goes full screen. I also like using the Blend Mode in Premiere Pro for compositing. My presets are all there and I can just cycle through them all the time and try new things. I’m convinced that many of the things that happen in digital that are truly amazing come from people’s mistakes.

Adobe: Do you think you will continue along this path for a while?
Schneider: This is a phenomenal line of work and I like what I do. I work with extremely passionate people throughout the industry but the people at Warren Miller are the best. The cameramen are on the side of a mountain shooting when they could be in a studio making $5,000 to $10,000 a day. It’s amazing to be able to marry our passions into a career. The work on the films we’re doing really conveys the passion people feel for skiing. We have a 75% return rate of audiences every year, and viewers range from 8 to 88 years old. It is something we’re privileged to be part of.

Watch the Ticket to Ride trailer