Got an iPhone or iPad and a Canon EOS camera? Read on…

I’ve got my FieldMonitor app talking to Canons, but I need some help testing it. Anyone game? 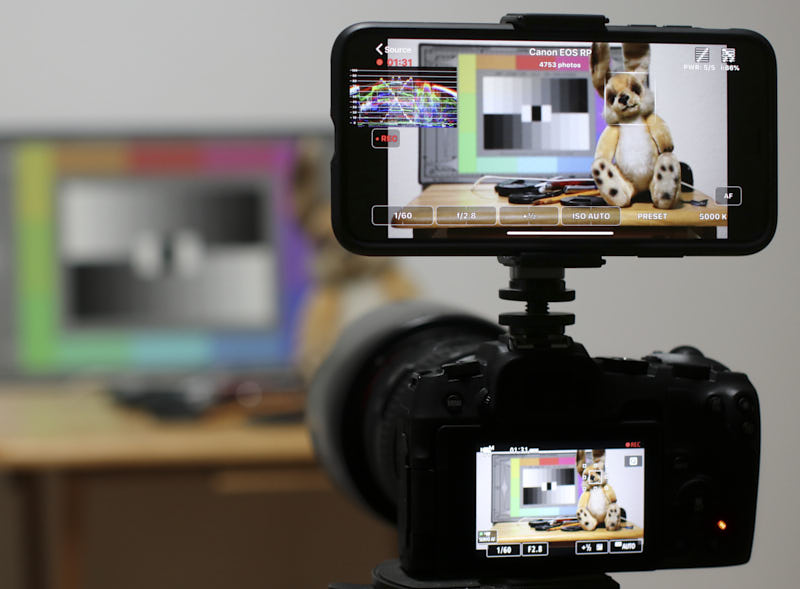 FieldMonitor connects to supported cameras using Wi-Fi and provides remote monitoring and control, with scopes, LUTs, anamorphic desqueeze, focus assist, false color, and more. It runs on iPhones, iPads, and iPods touch. The new version talks to Canon EOS mirrorless and DSLR cameras (but not cinema cameras or camcorders, sorry). I’ve been testing it with an 80D and an RP, but that doesn’t mean it works properly with a 5D Mark IV or a 6D or an EOS R or a 90D or whatever you have. So I’m looking for a few brave souls with various Canons to try it out.

Want to help? You’ll need a camera that works with Canon’s Camera Connect app, and lets you record video while using it. That’s probably an R-series mirrorless or a DSLR, but if you have an EOS M or PowerShot that allows video recording while using Camera Connect, by all means let’s try ’em out.

And you’ll need an iOS device — iPhone, iPad, iPod touch — running iOS 9 or later (there’s no Android version of FieldMonitor, sorry). Send an email to [email protected] from an account you use on your iDevice, and let me know which camera(s) you’re using. If I can use your help you’ll get a TestFlight invitation in return. WARNING: some effort is involved: there’s a tiresome test procedure to work through, so please don’t respond unless you have spend some time poking at onscreen controls and waving your hand in front of the lens (yes, really). Thanks!