Removing tattoos from body parts is tricky business: painful in the real world and painful in post-production. The former because being sizzled by Q-switched lasers is painful and expensive. The latter because trying to track subtly deforming skin tissue is…painful and expensive. But it doesn’t need to be anymore, thanks to Blackmagic Design’s Fusion and a handy free tool called “PatchPal.” 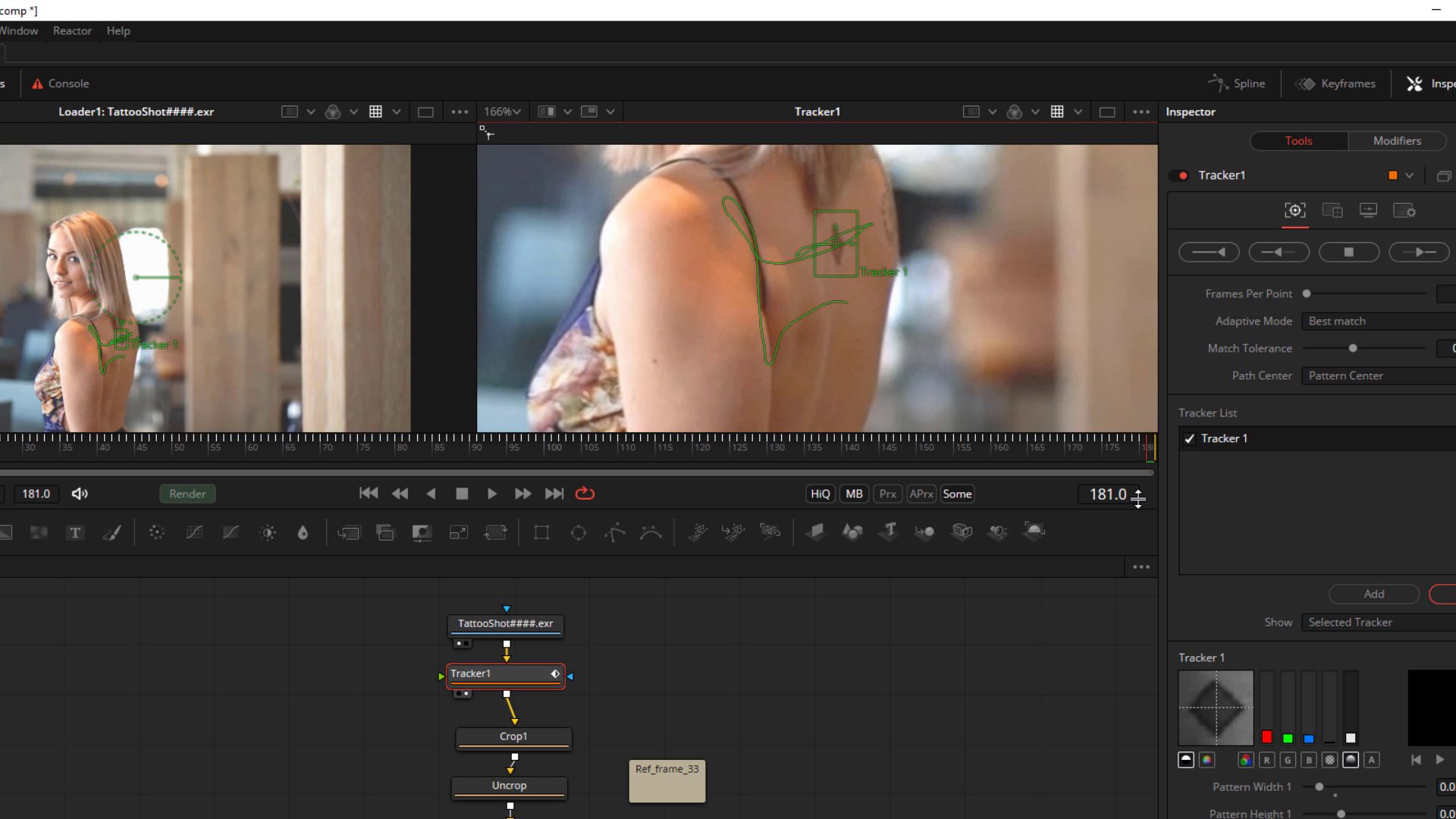 In an earlier article I covered the extremely useful Fusion plugin manager Reactor. One of the items available for free via Reactor is the ‘stx’ suite, of which PatchPal is an included macro. PatchPal is basically what Nuke calls “Smart Vectors” and Flame calls “Motion Warp” tracking. Is it as good as those commercial tools? Not really, but for a free tool, it’s still quite impressive.

Now normally I’d use Mocha Pro to remove tattoos; it’s fast and extremely accurate. The only problem is that on surfaces that have multiple deformations (a wrinkled face or–in this case–a rippling shoulder blade) the resulting cornerpin from a Mocha track can’t fully represent the deformation of the surface. In contrast, a vector distortion matchmoves pixels based on localized pixel movement and can thus better represent these subtleties. 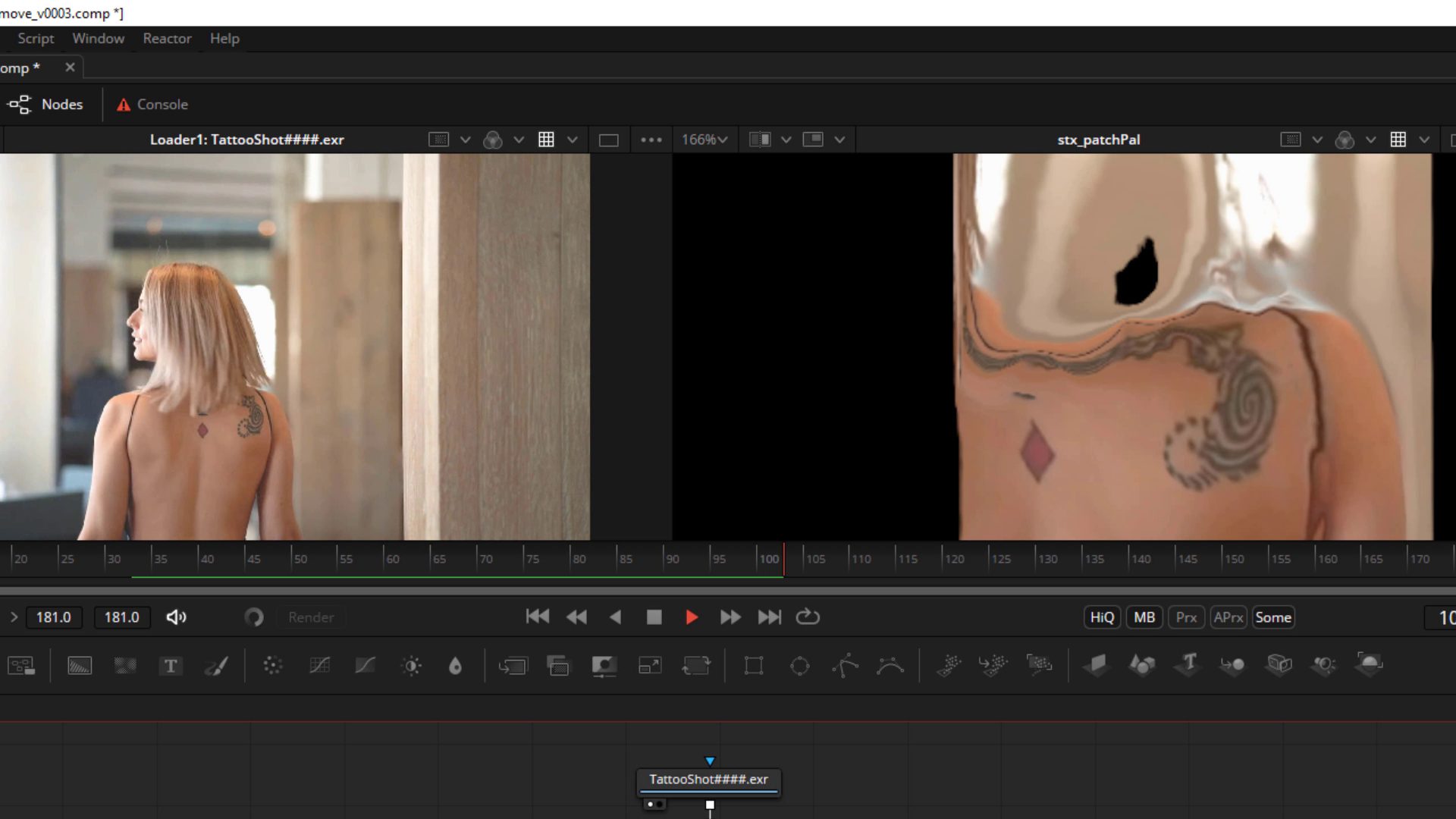 Since PatchPal can only do so much, in the tutorial video below I’ve assisted by first stabilizing the footage. This makes PatchPal’s job a whole lot easier, since the optical flow need only calculate a much more local displacement. The only problem here is the introduction of two instances of sub-pixel softening. At some point I plan to take PatchPal and adapt it by concatenating the stabilize operation with the vector displacement, but for now we have to live with adding some sharpening to compensate for the softening.

There are a lot of steps to this video, including the implementation of an automatic light matching. As such, you’ll need to watch carefully if you’re following along. Regardless, it’s a good general framework for all kinds of cosmetic enhancement and removal techniques. Best of all, it requires nothing more than a license of Fusion Studio or Resolve Studio.

As with all the content at moviola.com, the video is completely free to watch. If you want to try to follow along with the same footage you can download the clip from Pexels.com. At time of writing the direct link to the footage was here. 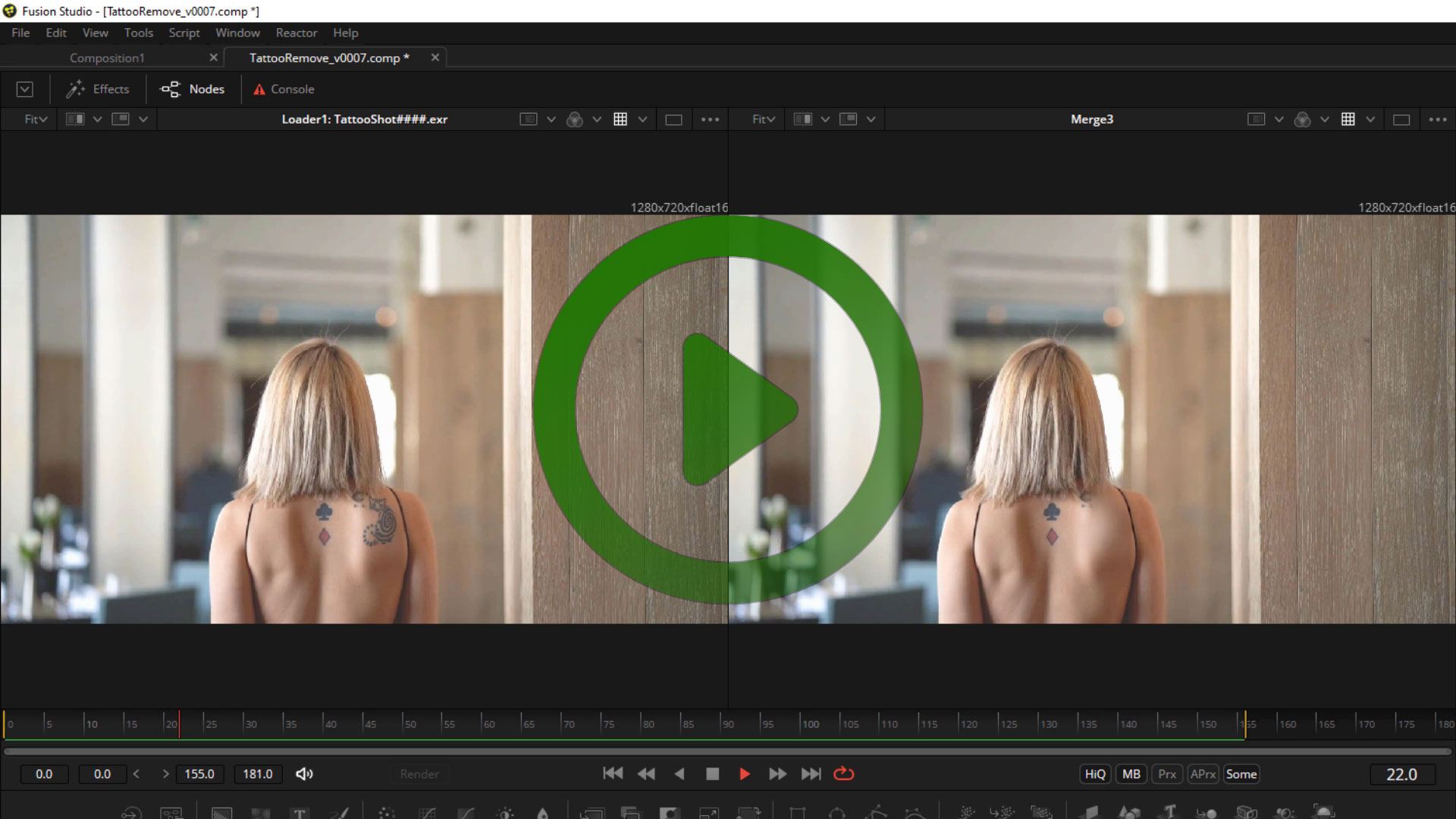