From the eight-track analog recorder used to record the voices of the Star Wars saga droids to the Decca Tree spaced microphone array, a total of eight culturally significant sound inventions will be inducted to the TECnology Hall of Fame of the NAMM Foundation. 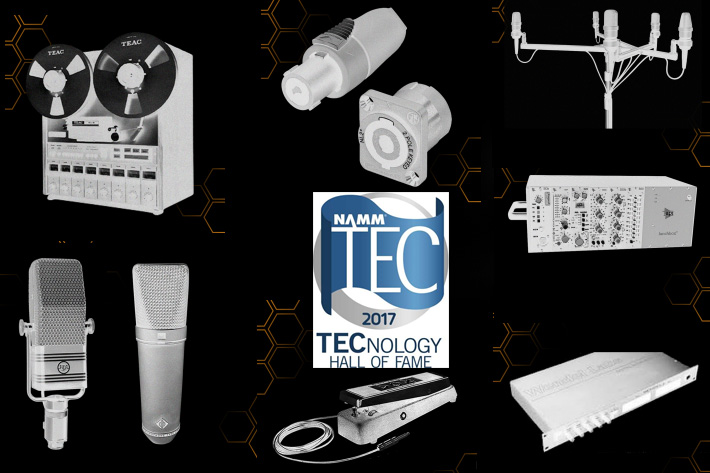 Saturday, January 21, during the NAMM show in Anaheim, California, the eight TECnology Hall of Fame inductees for 2017 will be presented.

Although a show like the one from the National Association of Music Merchants may seem distant, to some, from the areas covered by PVC, the fact is that when it comes to tools, both industries use the same tools, and professionals from both areas work together many times, besides sharing the same problems. It makes sense to cover here sound inventions that, after all, pertain to the two universes.

Founded in 2004 by George Petersen and presented since 2015 by the NAMM MUSEUM of Making Music, the TECnology Hall of Fame honors and recognizes audio products and innovations that have made a significant contribution to the advancement of audio technology. Inductees to the TECnology Hall of Fame are selected by a panel of more than 50 recognized audio experts, including authors, educators, engineers and other professionals. Products or innovations must be at least 10 years old to be considered for induction.

Here is the list of the eight culturally significant musical inventions ranging from 1954 through 1998 that will be inducted to its TECnology Hall of Fame.

In 1954 Roy Wallace and Arthur Haddy, a group of engineers at London’s Decca Records devised a creative solution for stereo recording. The result — which became known as the “Decca Tree” — consisted of three omnidirectional microphones on a T-shaped mount, with left and right mics and a third mic in the center. The Decca Tree offers a wide stereo spread of the outer microphones with the center mic eliminating any possible “hole in the middle” effect from the widely spaced left/right mics. Optionally, two other left/right mics on a rear outrigger can also be used. The technique has become a worldwide standard in the concert hall, recording studio and film scoring stages. 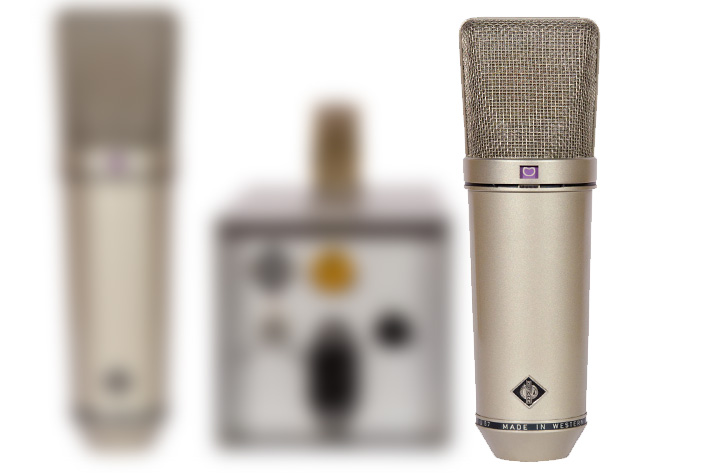 In 1960, Neumann launched the U67, a three-pattern tube mic for close-miking of studio vocals that was intended as a replacement for the venerable U47. Designed by Neumann’s Dr. Ing. Gerhart Boré, the U67’s great sound and modern, tapered body made it an instant success. In 1966, Boré’s team was asked to create a solid-state version of the U67, with the transistorized U87 debuting in 1967. Since its release, the U67 has gained a reputation as a “workhorse” in studios, defining the sound for generations of leading vocalists and musicians.

Discovered nearly by accident by Brad Plunkett of Warwick/Thomas Organ Company, the wah-wah pedal has defined some of the most notable guitar riffs over the past 50 years. The discovery came from his replacement of the MRB (midrange boost) switch on a Vox AC100 amplifier with a rotary potentiometer, and turning the control offered that wah-wah sound. So guitar players could use the effect while playing, Plunkett fitted the pot into a volume control pedal from a Vox organ and the concept of the Wah-Wah pedal was born. Top hits from leading acts including Cream, Jimi Hendrix, Led Zeppelin, Guns ‘n’ Roses and many others can be attributed to its signature wax and wane effect. 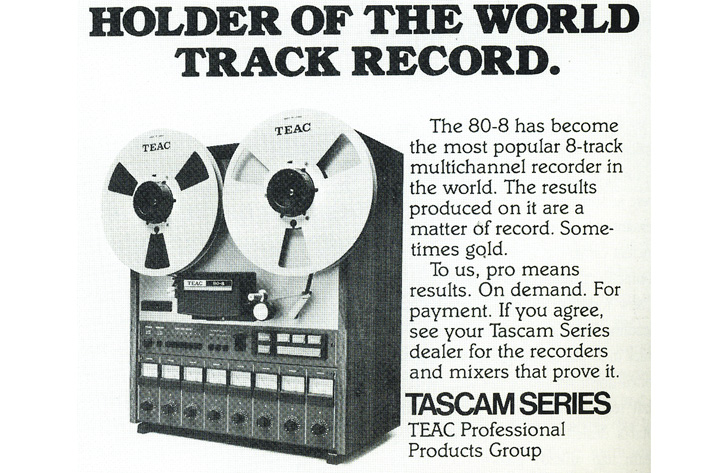 This eight-track analog recorder expanded home recording possibilities in the late ’70s and was a key link in defining the project studio market. At its time, this ½” reel-to-reel format deck — operating at a “pro” 15 ips speed” — was the most popular multichannel recorder in the world and became the standard in small professional and home studios, and was even employed to record the voices of the famed C-3PO and R2-D2 droids in the first Star Wars film.

In 1978, studio engineer Roger Nichols developed the Wendel to sample audio and drums, and in 1979, he put his machine to the test on “Hey Nineteen” on Steely Dan’s album, Gaucho. His invention gave birth to a new class of musical technologies, and today, Nichols is considered the pioneer of digital drum replacement. Wendel was later offered in a commercially version, known as the Wendel Jr., which made Nichols’ famed library of drum sounds available to studio users worldwide.

Founded in 2004 to honor and recognize audio products and innovations that have made a significant contribution to the advancement of audio technology, each entry must be at least 10 years or older to be considered for the honor.

From the earliest days, founder Saul Walker’s designs for API consoles were based on modular units (preamps, equalizers, etc.) in its 500-series that could be interchanged to create a customized mixer at an affordable price — without sacrificing quality. And over the years, users on non-API consoles who wanted that sound had to create customized interfaces to use the modules in studios without an API desk. In 1985, API owner Paul Wolff debuted the API Lunchbox — a convenient housing for up to four API modules in a lunchbox-sized chassis. Easy to use and portable, this led to larger versions (up to 10 slots) from API and other manufacturers. Eventually, other companies adopted the modular 500-series, leading to an entire industry of products in the 500-series format.

Celebrating its 30th anniversary in 2017, the Neutrik Speakon has become the world standard speaker connector for the professional sound reinforcement industry. At their release, both the cable and chassis versions of the connector met international regulations, featured a solderless connection, and defined a streamlined signal chain experience. Eventually, the original 2-pole Speakon connector line was expanded, adding 4- and 8-pole variations for mono- or multi-amping — all with full protection against arcing damage if disconnected under load. 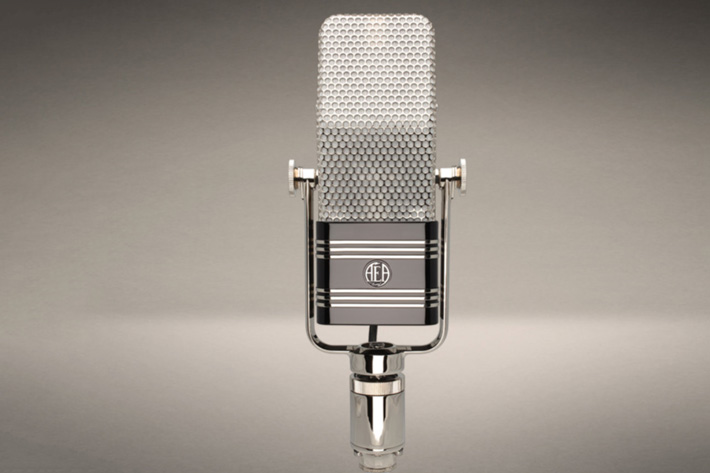 Designed in the 1930s, the RCA R44B was deemed the most multi-purpose microphone available for sound professionals and that sound is still popular today. In 1976, when RCA discontinued mic production, Wes Dooley of Audio Engineering Associates began servicing RCA ribbon mics, and eventually began manufacturing replacement parts. In 1998, Dooley unveiled the R44C, the first in his line of exact reproductions of classic RCA microphones, and almost single-handedly launching the industry’s revived interest in ribbon microphone technology, which continues to this day with a full line of AEA mics in vintage and modern designs.

The TECnology Hall of Fame ceremony will take place from 2:00-4:00 p.m. Saturday, January 21 in Room 202A, several hours before the NAMM Foundation celebrates the pro audio community at the 32nd Annual NAMM TEC Awards. Winners in the categories of Outstanding Technical Achievement and Outstanding Creative Achievement will be announced during the TEC Awards show. Aerosmith co-founder and lead guitarist Joe Perry will receive the prestigious Les Paul Award and perform several songs, while the band’s engineer and producer Jack Douglas will be inducted into the NAMM TEC Hall of Fame.