Tidbits from the VMI show 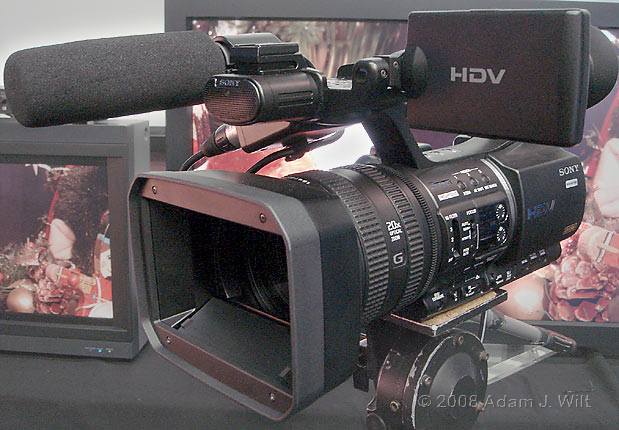 The business end of the HVR-Z5.

There were a couple of unexpected surprises at VMI’s mini-Sony show today in Sunnyvale, CA. While the HVR-S270 and PMW-EX3 camcorders, the PMW-EX30 SxS recorder/player, wireless mics, and LCD displays were the main attractions, Sony also fetched along one of three prototype HVR-Z5 camcorders currently in the USA, as well as a fiber-connected studio setup for the EX3. I also saw the B4-mount lens adapter for the EX3. 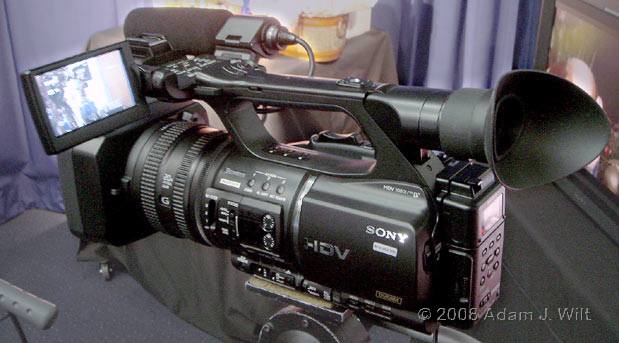 The HVR-Z5 with CF card adapter docked on the rear.

The HVR-Z5 was introduced at IBC in Amsterdam, and its first major showing in the USA will be at DV Expo in Los Angeles in a month’s time, but the Sony folks gave us a sneak peek. It’s functionally like a Z7 with a fixed, 20x zoom with free-spinning focus, zoom, and iris rings. The wide angle is 29.something mm 35mm SLR equivalent, and it should be shipping in December at “under $5000 list price”.

Also shown was a fiber-optic studio rig for the PMW-EX3 built by Nipros in Japan and soon to be delivered in the USA by Sony as a package deal bundled with an EX3 for around $29,000.

The Nipros rig uses a sled adapting the EX3’s native connections (including its remote control port) to fiber, conveying HD-SDI, control, intercom, and return video up to 2 km (1.2 miles) to the base station. 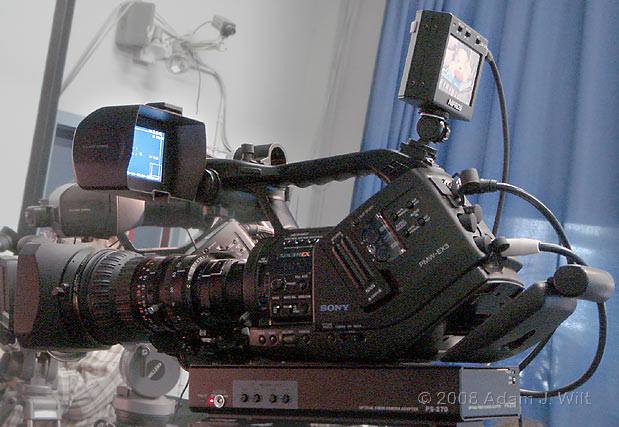 The EX3 end of the Nipros rig. Fiber port is on the other side.

It includes the sled, the base station, a 3.5″ monitor for returned video, two intercom headsets, and all the short BNC and remote cables needed to connect the EX3 to the sled. The fiber cable is extra, and is available in lengths from 50m up to 2km. 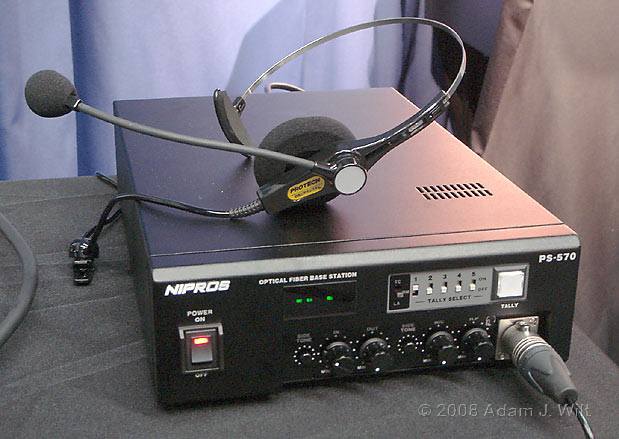 The Nipros CCU / Fiber Base Station.

When it’s delivered, it’ll support full operability of the EX3 using the Sony RM-B150 or RM-B750 remote panels, including (on the 750) video display with superimposed EX3 menus. Sony will sell it only in a bundle with the EX3, but in response to audience questions, the Sony rep said you could probably arrange to buy the bundle now, take delivery of the EX3 now, and then get the Nipros rig when it ships in the next couple of months (assuming I remember the timeframe correctly). 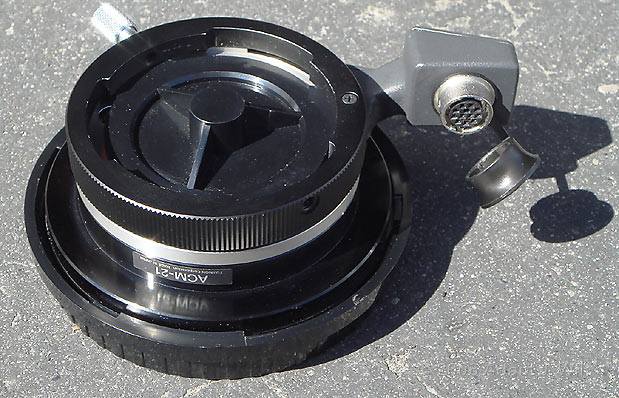 The B4 adapter allows both hot-shoe and separately-cabled 2/3″ lenses to talk to the EX3, so start/stop and various other lens functions can be communicated to the camera’s CPU (functionality depending on the lens, of course).

The Sony ZV-1 camera/camcorder/streamcorder is quite intriguing and has been covered in many reviews by many tech journalists. However,...