This article contains ZV-1 framerate workarounds and requests to Sony.

The Sony ZV-1 camera/camcorder/streamcorder is quite intriguing and has been covered in many reviews by many tech journalists. However, so far, I have seen zero coverage of the ZV-1’s framerate shyness and outgoing modes via HDMI and USB as of firmware version 2.00. Since I currently don’t have any contacts at this Sony division, I actually rented the ZV-1 for a week in order to research these details. Camera framerate shyness is a critical detail to understand —and often to resolve— in order to have and retain the desired native framerate when using the ZV-1 as a camera or streamcorder (not as a camcorder), in order to avoid one of the two major downsides of camera shyness: undesired de-interlacing (which is damaging to picture quality and often adds latency) or a tremendous waste of bandwidth, which ends up compressing each frame excessively and without justification. Ahead you’ll see a refresher of the three types of camera shyness, and then cover each one with the Sony ZV-1. Then I’ll offer workarounds for users and requests for Sony for future firmware updates and share my two favorite ZV-1 reviews so far from colleagues.

As I have covered before, the only justification for higher framerates in final delivery is if you are if you are covering fast action like sports or gaming. There is when it is justifiable to use high framerates like 50p or ≈59.94p in final delivery. If you are only covering talking head heads, it is a tremendous waste of bandwidth to use such high framerates. Given a limited bandwidth budget, each frame will need to compressed more to achieve the extra frames per second. That’s why, if you are covering only talking heads for web streaming, you are better off with a lower framerate like:

Of course, even higher framerates are available with the ZV-1 for super slow motion, but that goes beyond the scope of this particular article. This article is focused on live or live-to-drive production at lower framerates between ≈23.976p and ≈29.97p (including 25p).

Refresher about the three types of “shy” camera situations over HDMI

There are three types of 1080p shyness in cameras over HDMI, in order of importance: PsF, Telecine and Doubling. (Later in this article, I’ll introduce the newer concept of camera framerate shyness over USB.)

When set to image and record ≈29.97p, some shy 1080p cameras double the number of frames per second to ≈59.94 progressive frames per second on the HDMI or SDI output. Similarly, when set to image and record 25p, they duplicate the output framerate to 50p (50 progressive frames per second) over HDMI or SDI. As long as your hardware can accept high progressive framerates like 1080/50p and 1080/≈59.94p (i.e. more recent models like the UltraStudio Recorder 3G, ATEM Mini, ATEM Mini Pro, ATEM Mini Pro ISO), this is the easiest type of shyness to solve, and doesn’t require the video mixer (“switcher”) developers/manufacturers to do anything special, as several already have at my request to properly resolve PsF and telecine while retaining all of the original image quality. To solve type 3 shyness, the user/operator should simply set the camera menu and the session in the video mixer for the desired delivery framerate (1080/25p or 1080/≈29.97p) and the mixer or software will simply skip half of the repeated progressive frames per second. This solution is not perfect (and does not help with type 1 or type 2 shyness), but has been the best way to solve type 3 shyness when your camera suffers from it over HDMI, until the other solution proposed ahead in this article, which can also solve all types: 1, 2 and 3 via HDMI.

The reality of streaming in 2021: Why not stream 4K live…

Even though many available cameras offer 4K UHD, in most cases in 2021, it’s not feasible to live stream 4K UHD yet (even if you really wanted to do that). This is both because of bandwidth issues (your Internet upload speed) and platform capabilities. I’ll cover some popular services in alphabetical order:

Often in 2021, we simply want to stream at 1080p or 720p, without any local recording or ISO recording. Other times, we want to record 4K UHD locally but live stream at 1080p or 720p. In either cases, it is often too demanding on a single computer to receive and then downscale from 4K UHD to 1080p (or lower) while also performing other tasks (i.e. switching cameras, connecting remote video guests, picture-in-picture, adding lower thirds, chroma key) so it would be better to send the signal to the computer already downscaled to 1080p by performing that task externally of the computer.

Although many 4K UHD capable cameras can indeed supply a pre-downscaled 1080p signal, sadly many of them are still shy with the 1080p signal (including the ZV-1 in most framerates), as explained earlier in this article. In other words, they almost never output the original native framerate as we really need it, but instead complicate things by either doubling it (type 3 shyness) or as a quasi-interlaced 1080i over ≈59.94i or 50i (type 1 or 2 shyness). In fact, that is the case with most 1080p framerates with the ZV-1, as we’’ll see ahead.

Below are the shy/outgoing modes of the Sony ZV-1 vía HDMI in 1080p: 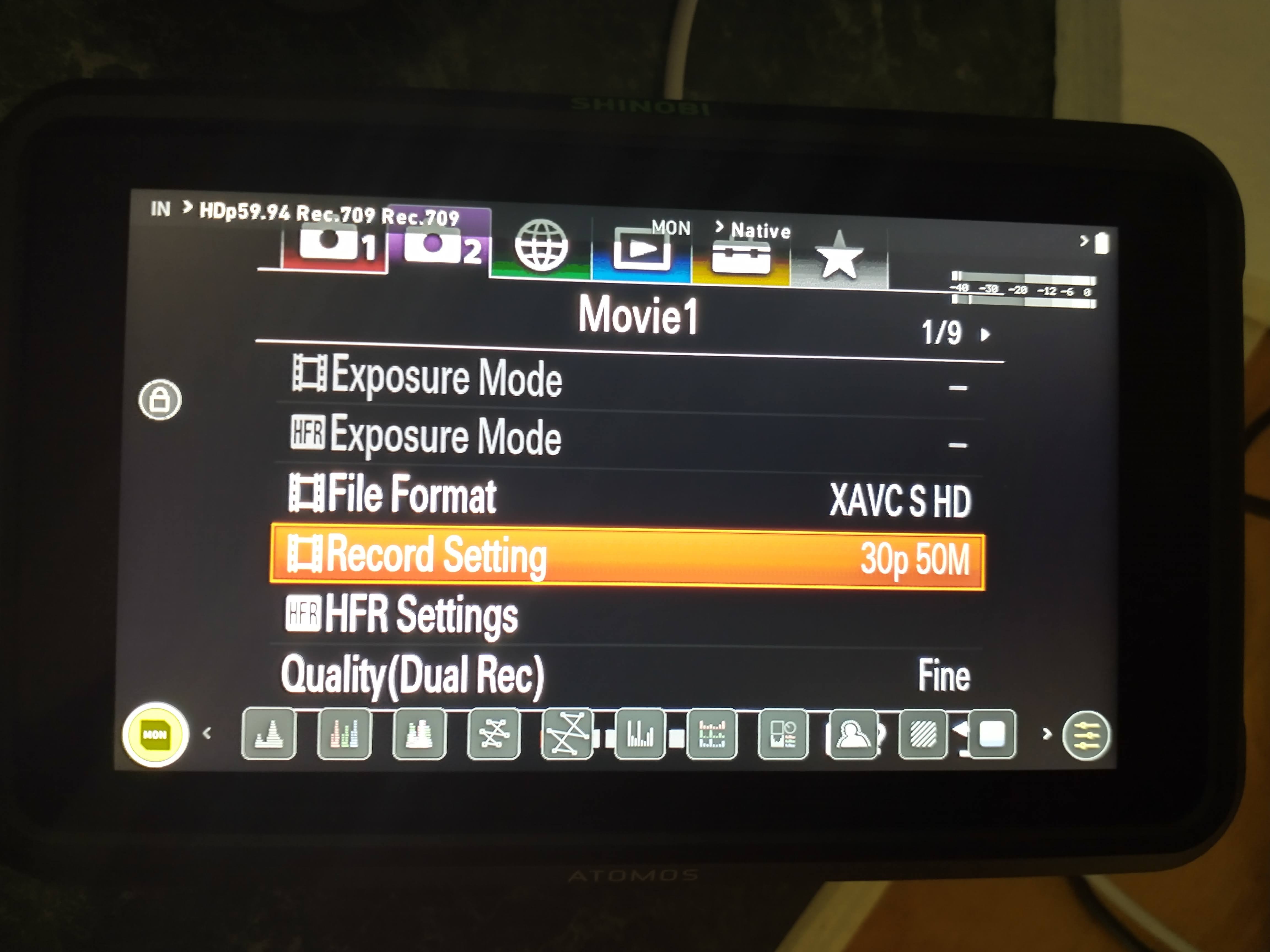 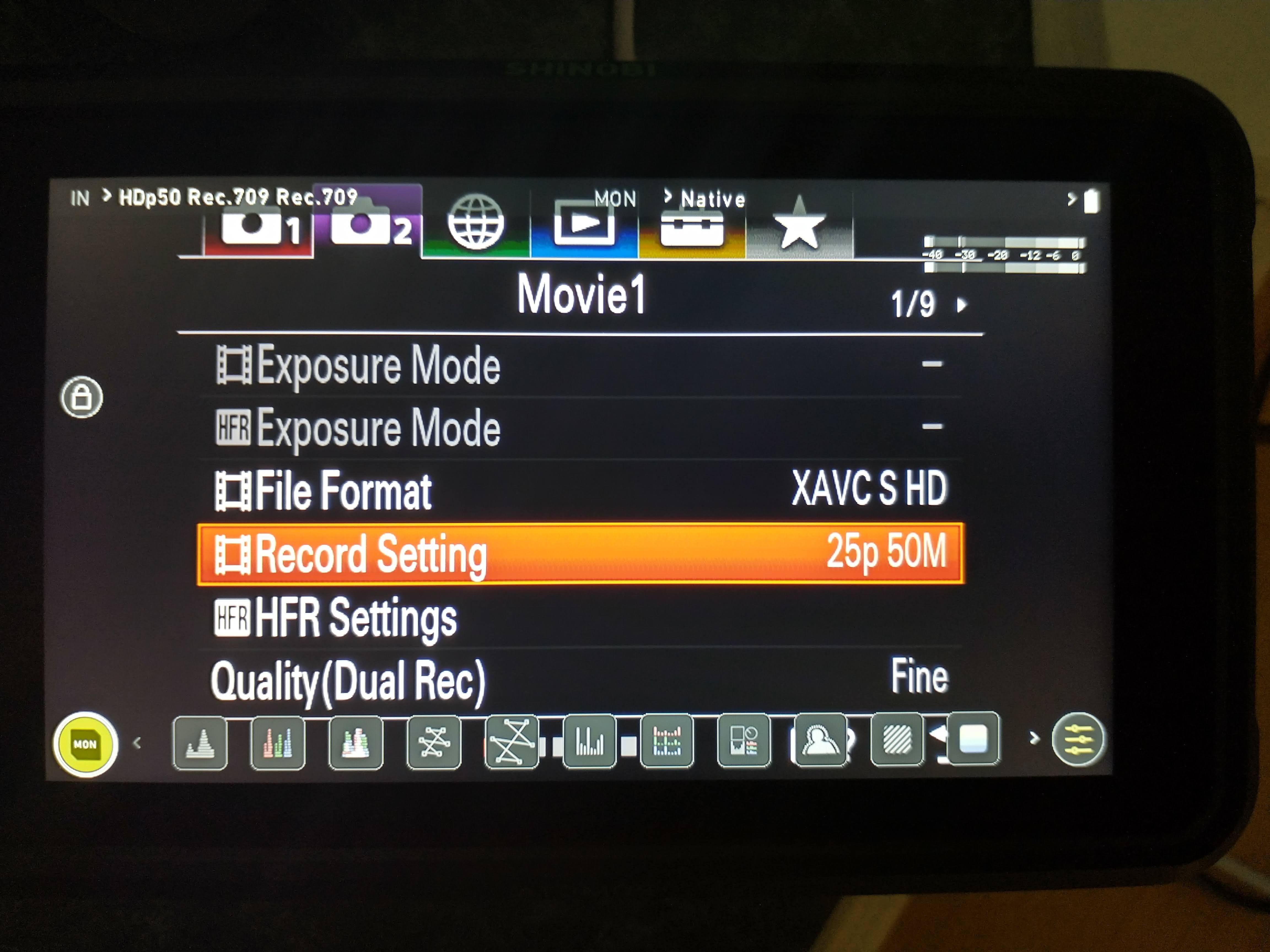 Outgoing modes in the Sony ZV-1, via HDMI 4K UHD

Fortunately, everything is outgoing when the camera is in 4K UHD. This follows the expected behavior, since fortunately there is no interlacing in 4K UHD. 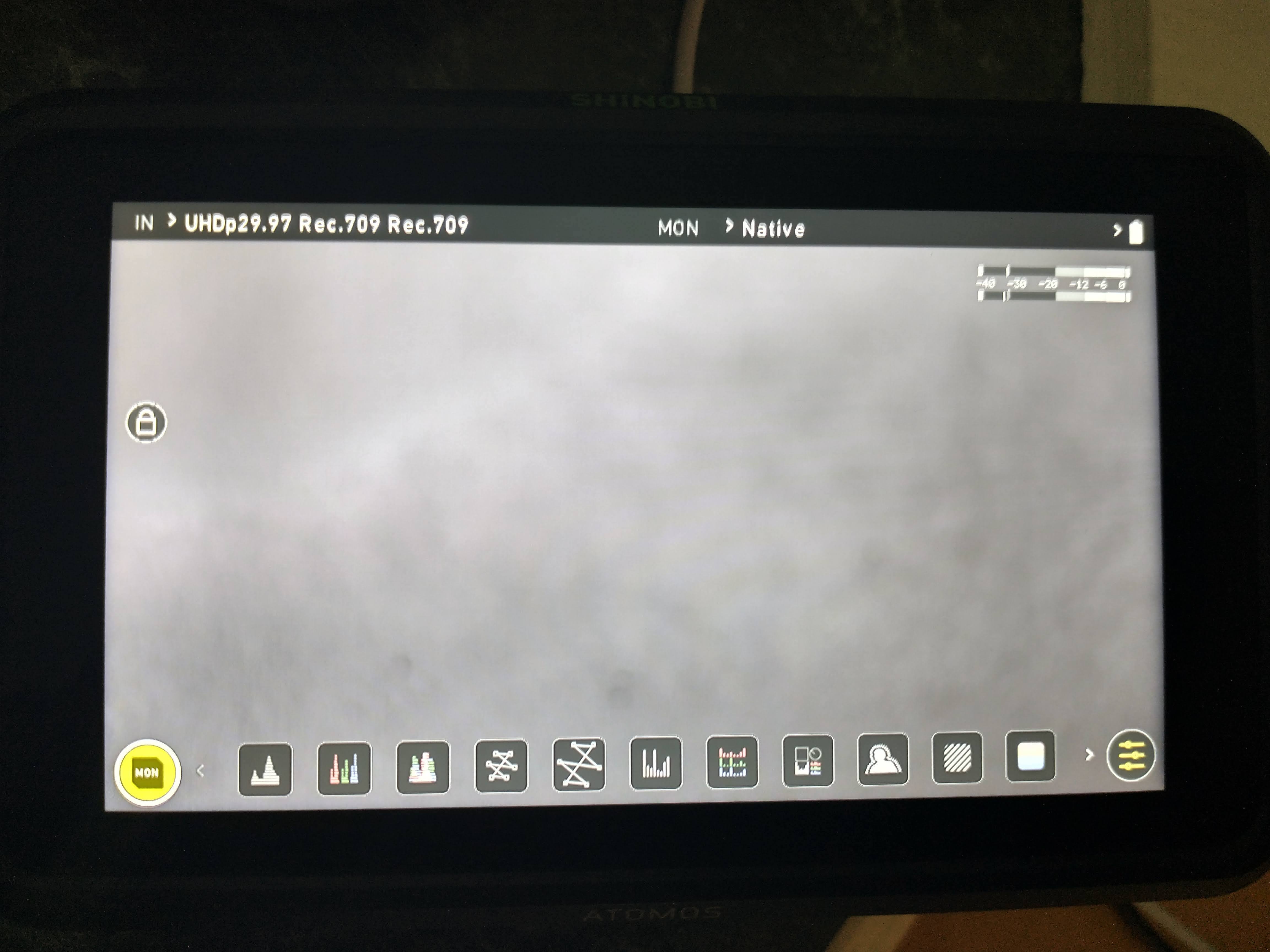 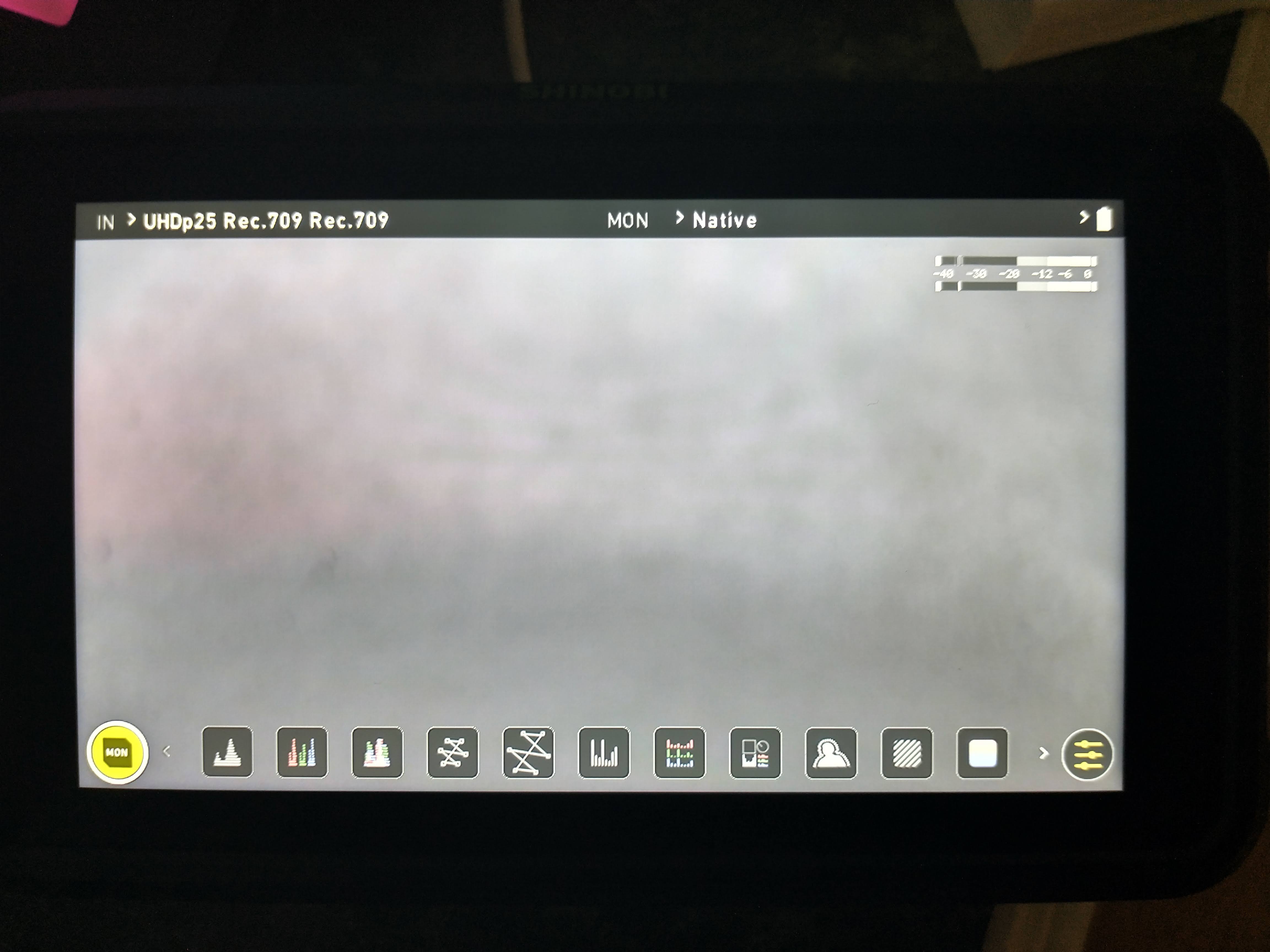 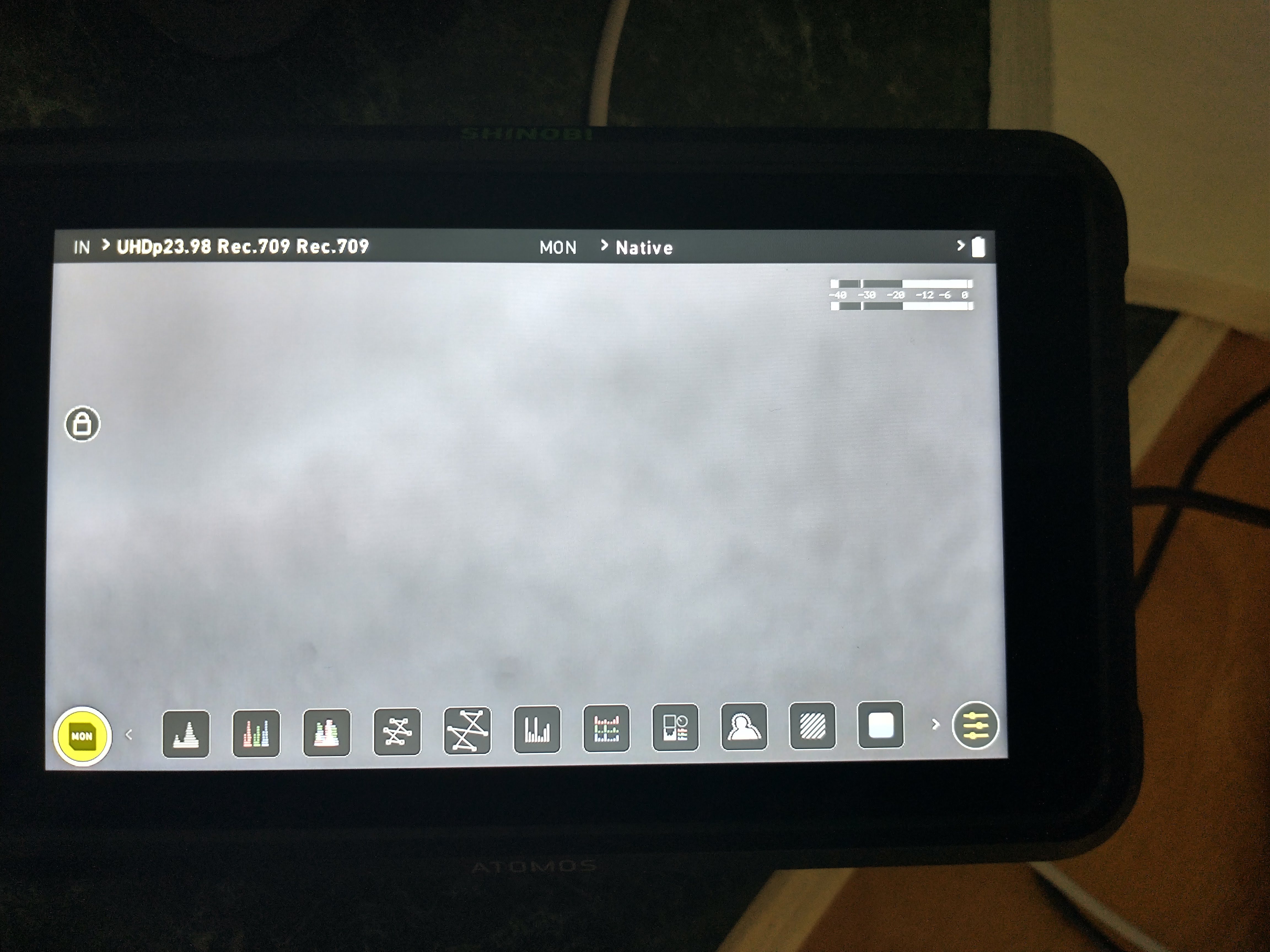 Shy/outgoing modes in the Sony ZV-1, via USB

No matter whether the camera is set for 1080p or 4K UHD or what resolution you set at ≈29.97p or ≈23.976p, the ZV-1 camera sadly outputs exactly 30 fps, but not the television-friendly ≈29.97 fps used in the United States since 1953, but exact 30, so we can feel like we’ve time traveled to 1952 (and I was born in 1964). Although this non-standard 30 fps will indeed work for web streaming, it is not ideal to combine with ≈29.97p footage shot the the ZV-1 or any other camera, nor is it appropriate for over the air broadcast on a traditional TV station without retiming it. Who knows what the Sony engineers were thinking when they did this.

The only thankful exception is with the camera set to 4K UHD 25p, where the camera is outgoing and outputs proper 25p via HDMI.

Note that as of firmware version 2.00, the signal sent via USB is 720p HD (1280×720), not 1080p or 4K UHD. However, if you are using Zoom.us, the only HD you get is 720p at 25P anyway, unless you have a commercial or enterprise account and have previously requested 1080p from tech support. Also, please remember that although the spatial resolution of 720p is lower than 1080p or 4K UHD, for many years, 720p has been enough spatial resolution for TV networks like ABC, AT&T SportsNet, beIN Sports, Big Ten Network, Daystar, Disney Channel, Disney Junior, Disney XD, ESPN, ESPN2, ESPNews, ESPN Deportes, Fox, Fox Business Network, Fox Deportes, Fox News Channel, FS1, FS2, Fox Soccer Plus, Fox Sports Network, Freeform, FX, FXM, FXX, FYI, Ion, MLB Network, MLB StrikeZone, MyNetworkTV, Nat Geo Wild, National Geographic, Reelz and SEC Network. In Europe, Arte HD, Das Erste HD, ZDF HD, and the HD channels of ORF and SRF use 720p according to this source. Even at 720p, the ZV-1 still has the advantages of its 1-inch type sensor, great optics, great autofocus and even its unique product showcase mode.

Recommended ZV-1 workarounds as of firmware 2.00

If you are only streaming via Zoom.us and have not been blessed with special 1080p permission from Zoom.us tech support (and do not need to make a local recording at a higher resolution than 720p), you may as well use USB streaming at the 720p @ 25p (the Zoom.us worldwide standard, as covered here). This also applies if you are using any other streaming platform that is limited to 720p or if you simply find 720p at 25p is perfect for your live streaming needs.

If you must stream at a higher resolution than 720p and/or make a local recording at a higher local resolution recording while streaming or otherwise being connected to a video mixer (“switcher”), consider one of the following:

My favorite ZV-1 reviews so far