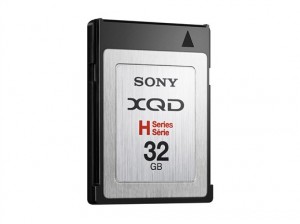 With its ultra-high write speed performance, and when using with Nikon’s new DSLR “D4”, XQD memory cards can record approximately up to 100 frames in RAW formatin continuous shooting mode.

Sony is also introducing a USB 2.0/3.0 compatible XQD card reader (model MRW-E80) so users can quickly and easily transfer large quantities of very high capacity data to their PC. Also, an XQD ExpressCard Adapter (QDA-EX1) will be available for use with computers with an ExpressCard™ 34 card slot.

The new family of XQD™ Memory Cards by Sony is available from end of January.