First announced in 2021, the Somnium VR ONE headset from Somnium Space will be further developed through a partnership with Prusa Research and Vrgineers. 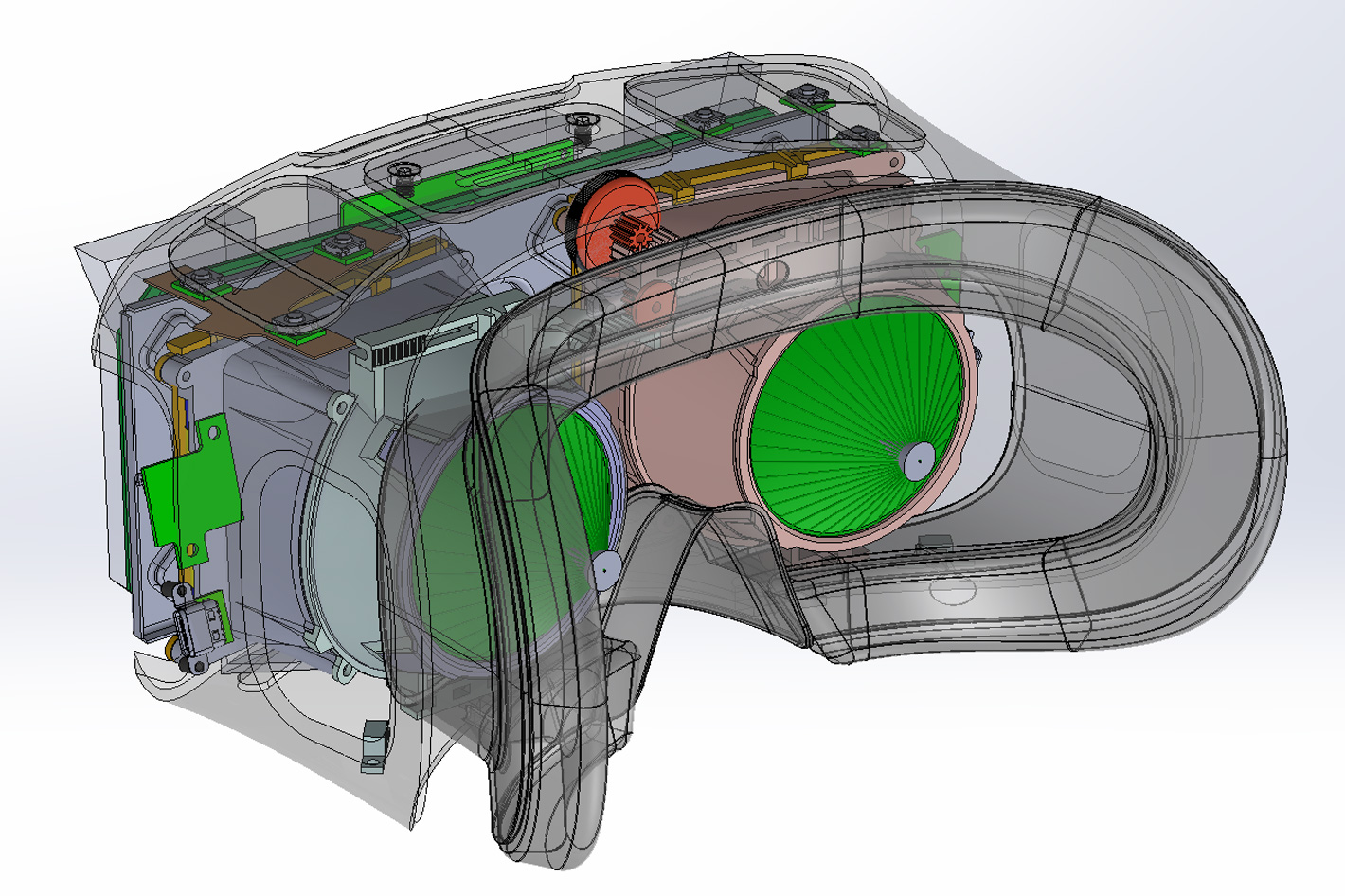 Able to work either standalone or in tethered mode, the “Somnium VR ONE” headset aims to change the restrictive politics in the virtual reality market, making it perfect for the commercial sphere.

As Virtual Production moves forward, filmmakers need to have VR headsets that can cope with the new needs created, hardware that can be customized, repaired and enhanced. In a market dominated by Meta (Facebook’s VR arm renamed), followed by HTC Vive and HP, Somnium Space aims to offer a different solution, promising to provide “an unrestrictive hardware and software environment to all VR enthusiasts around the world.” One you can print and assemble at home!

In fact, Somnium Space suggests that “3D models of the headset parts will be available so that any user with access to a 3D printer can print them out” and “Android OS source codes will be in a public GIT, this is the freedom for metaverses, where we plan to spend much more time in the future,” adds Artur Sychov, Somnium Space Founder & CEO.

“Each user deserves to fully own hardware they buy and be able to customize, repair and enhance it anytime” he continues. To make it happen, Somnium Space, one of the world’s leading immersive metaverses, has partnered with the leader in delivering next-generation virtual and mixed reality pilot training systems Vrgineers, Inc. and 3D printer manufacturer Prusa Research to further enhance the development of a new cutting-edge open-source (standalone & PC wired) headset: the Somnium VR ONE. 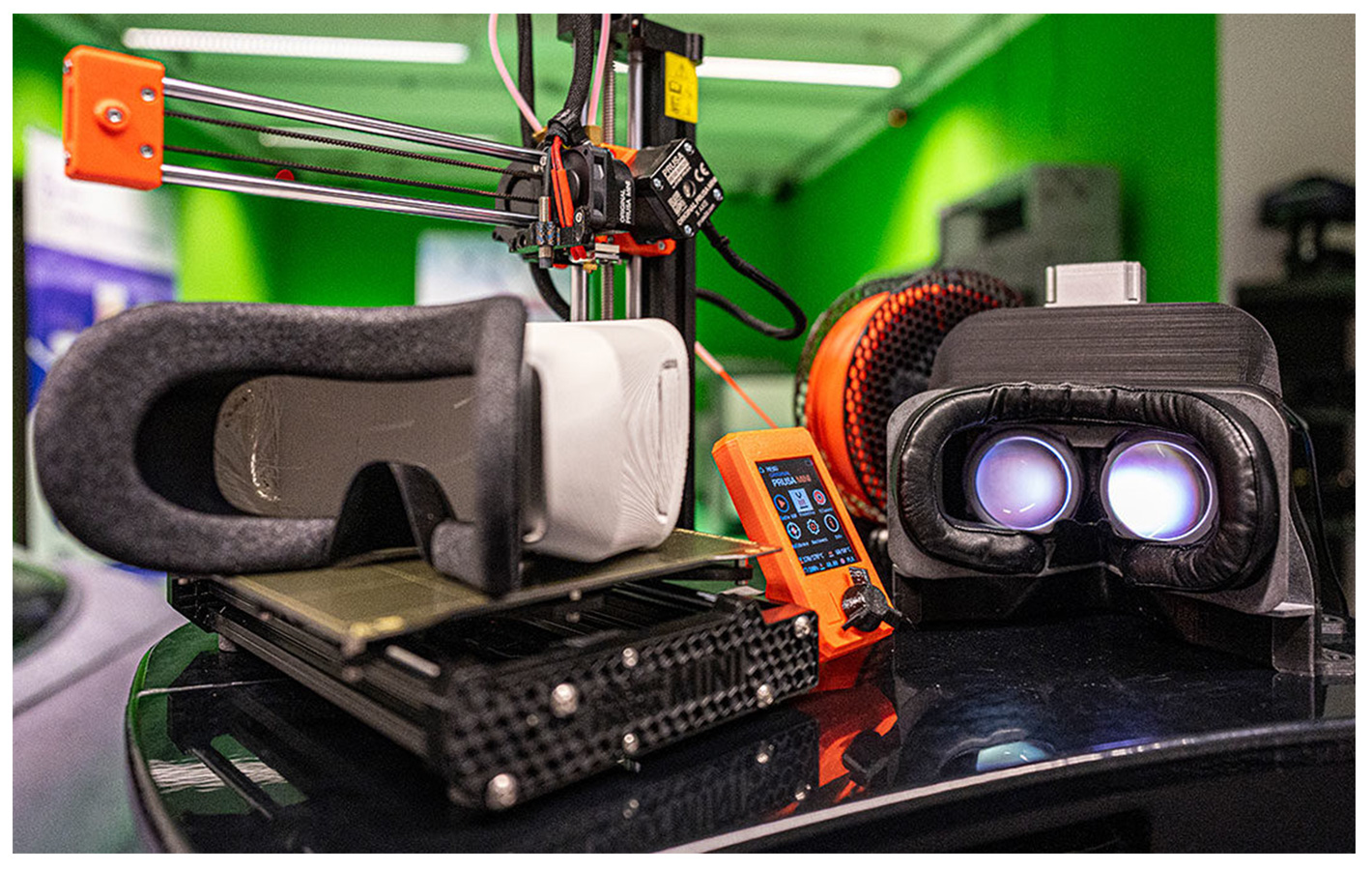 Somnium VR ONE, a VR headset you can build

According to Somnium Space, this new VR headset aims to change the restrictive politics in the virtual reality market in general, which was established by big corporate and centralized entities such as Meta’s (former Facebook). As a reaction to these restrictions, the Somnium VR One headset will be built on as open a platform as possible. The Somnium VR One aims to provide a superb immersive experience while working in both standalone and tethered mode without any restrictions. It will be sold under an unlimited commercial license using Android as an open-source operating system. Thanks to the fact the source code will be openly available, the solution will be perfect for the commercial sphere.

Josef Prusa, CEO Prusa Research, has the same approach towards open-sources: “We would like to see other products, such as virtual reality headsets, follow the same open-source, community approach as our Prusa printers. Anyone will be able to download a 3D model of the Somnium Space headset from Printables.com and print them at home on their printer.”

In order to be cost effective, the electronics and proprietary lenses will be mass manufactured in partnership with Vrgineers and sold by Somnium Space online. Meaning that anyone with the ambition of building their own headset can purchase these components and build the headset by themselves. On the other hand, all customers will be able to purchase a fully assembled Somnium Space headset directly.

“This project is based on a solid foundation of Vrgineers technical expertise in manufacturing virtual and mixed reality headsets for professionals and backed by direct investments into Vrgineers by Somnium Space and Prusa Research,” adds Polcak, Vrgineers CEO. 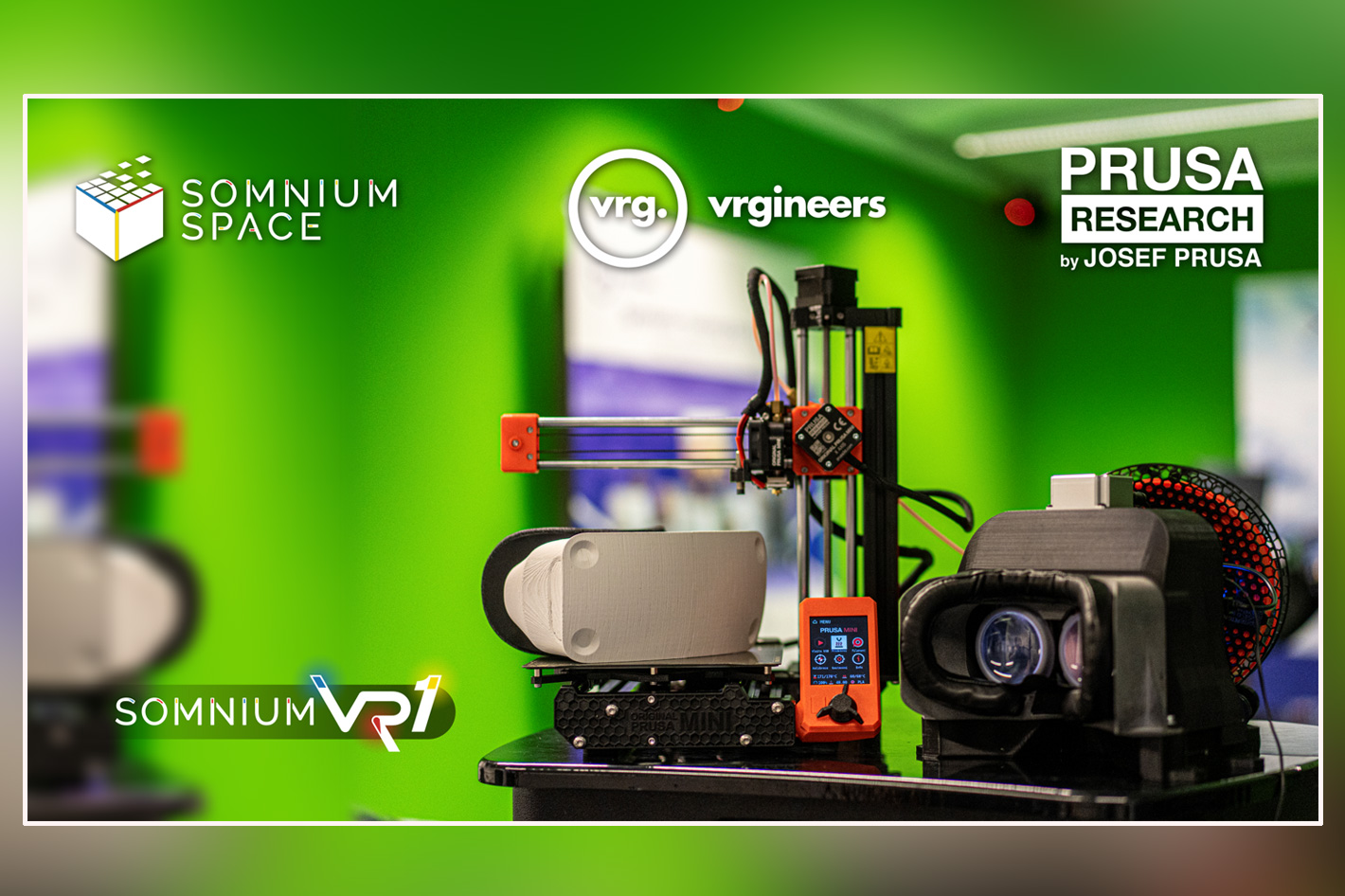 Somnium VR ONE : the three partners

While we’ve seen other VR headset projects being announced, they never seem to make it to the market. The Somnium VR ONE may have a different fate, as it is backed by companies that have experience in the segments needed to make it happen. Here is a brief description of the three partners:

Somnium Space is the world’s first open, social and persistent Virtual Reality platform built on blockchain. Its unique decentralized NFT based economy allows users to own, trade and exchange digital items in a permissionless way. It is a Virtual Reality universe shaped & built entirely by its players!

Prusa Research is a 3D printing company based in Prague, Czech Republic. It was founded in 2012 as a one-man startup by Josef Prusa, one of the core developers of the open source project RepRap, and has grown to a team of over 700 now. His open-sourced Prusa i3 design is the most used 3D printer in the world. The company ships more than 10,000 Original Prusa printers per month to over 160 countries directly from Prague.

Vrgineers, Inc. is a leader in delivering next-generation virtual and mixed reality pilot training systems (Synthetic Training Environment, STE) to professional and military clients. Vrgineers’ pilot training solution includes portable trainers ready to be packed and taken on missions; reconfigurable classroom simulators that support almost all platforms, from the T-6 Texan to the F-35; and custom 1:1 simulators that are built specifically for any type of helicopter, jet-fighter, or airliner, and include a fully-functional cockpit replica. Vrgineers was co-founded in 2017 by CEO Marek Polcak and currently employs an international team of 50 specialists that combine a high level of technical skills (mostly Ph.D. & Engineer graduates) with industry professionals. 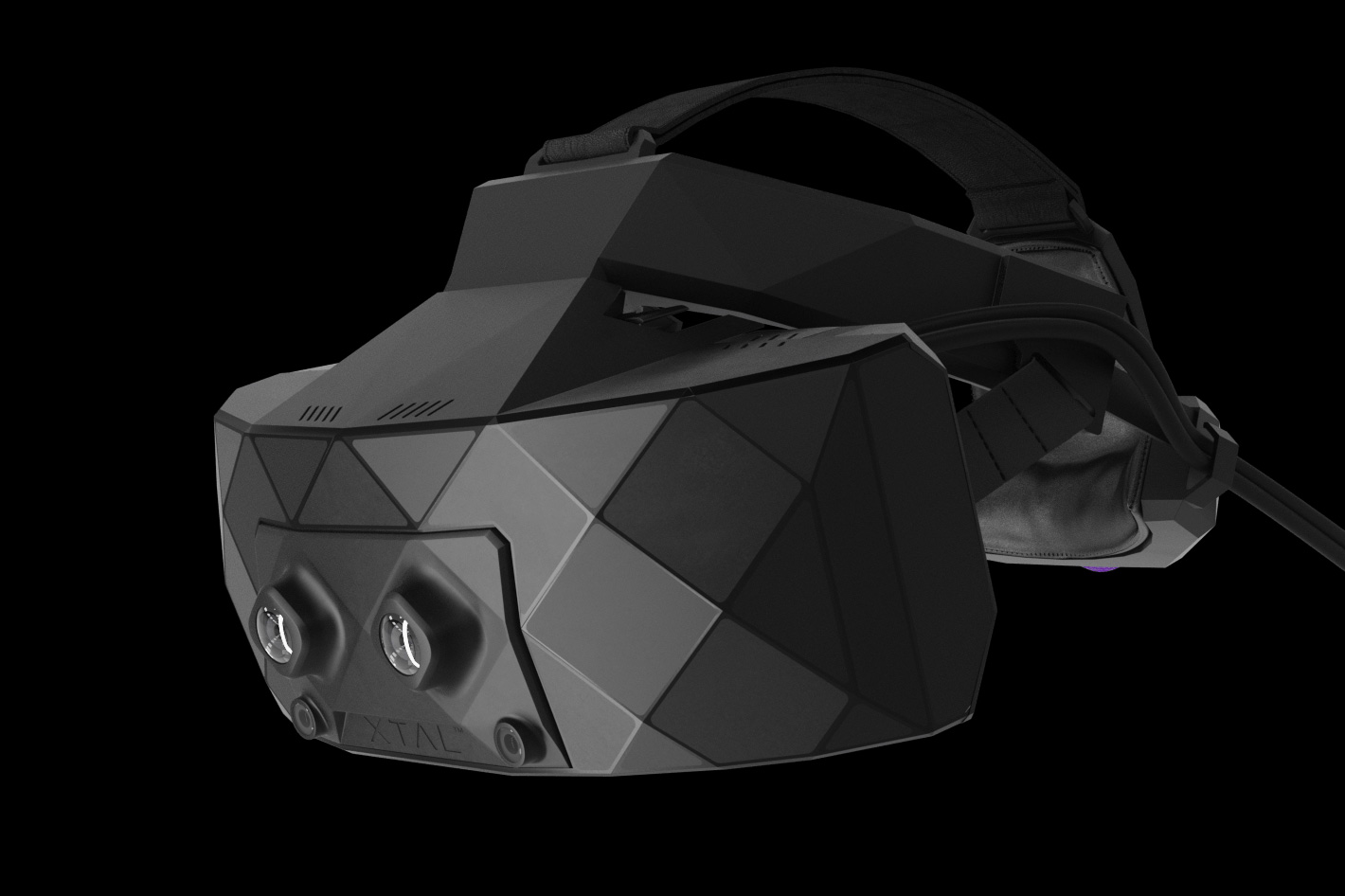 From the XTAL to the Somnium VR ONE

The Somnium VR ONE, which specifications were announced last December, will be based around the XTAL headset from Vrgineers. Designed for professional use, the XTAL headset delivers unlimited capabilities for military clients. Equipped with 8K resolution, a 180° field of view, and automatically adjustable lenses, the XTAL provides unprecedented immersive experiences, thus positioning itself at the forefront of professional visualization equipment for simulations.

Offering a high degree of customization, Vrgineers can deliver individual projects where the XTAL is adapted to specific requirements, such as mounting goggles to the pilot’s helmet or an oxygen mask or even using it for space exploration. Trusted by the U.S. Department of Defense, Vrgineers’ technologies provide the highest possible level of immersion and are employed by organizations such as NASA, Airbus Defense & Space, and BAE Systems. Now it may well be on the path to the filmmaking industry, through the Somnium VR ONE, which can be the next VR headset for Virtual Production teams.

Somnium Space has shared the specifications and key features of the Somnium VR ONE. They will include: 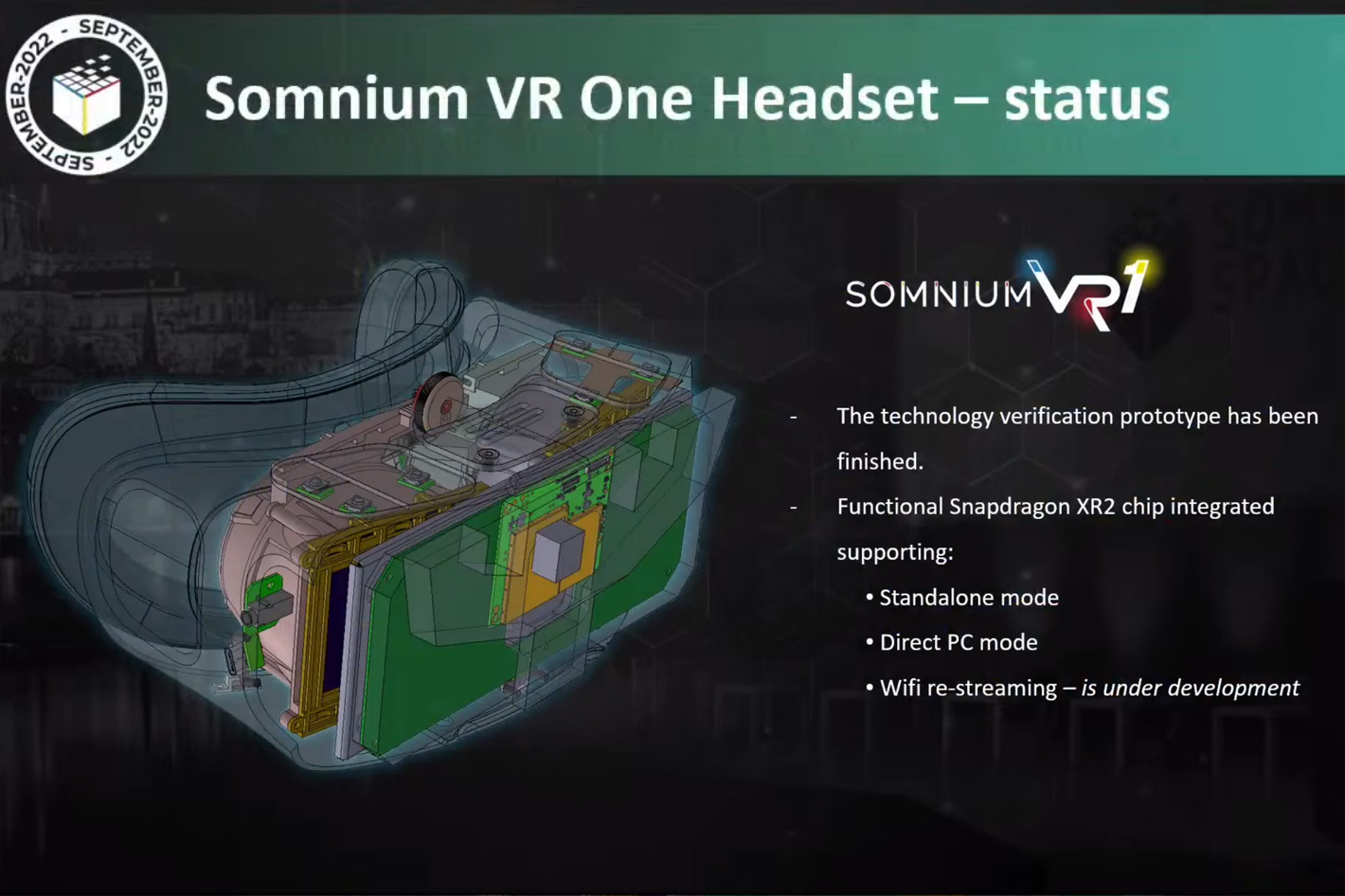 If the Somnium VR ONE specifications are as suggested, and all the goals the company aims to achieve can be reached, we’re in for a revolution in terms of VR headsets, with a solution that embraces both the advantages of wireless and tethered VR headsets and even goes beyond that, by offering a device that can be customized, repaired and enhanced by the user anytime, something that will be an asset for any user but also key for Virtual Production crews. Imagine being able to 3D print a part you need on set, instead of having to order it from the company.

The cherry on top of the cake is the open-source core of the project: this new VR headset aims to change the restrictive politics in the virtual reality market in general, which was established by big corporate and centralized entities such as Meta (former Facebook). We can only hope it prevails because the market needs alternatives. 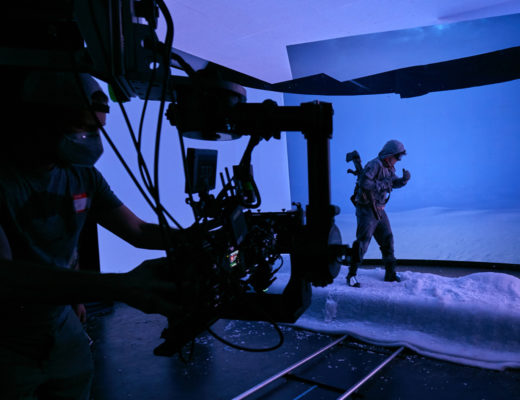