What I’ve been up to, besides not publishing here. Links to new stuff follow. 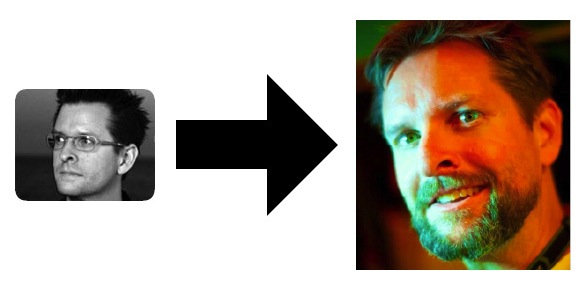 So yeah – I haven’t exactly been posting up a storm lately. And I haven’t been posting nearly as much on PVC as I used to on hdforindies.com. Why? Well, as some of you might recall, I moved from Austin, TX to Los Angeles almost exactly four years ago. The good news was I got a full time job right off the bat, the bad news was it was in post production in LA, a harsh and demanding mistress, so I had little time to write. And even after that job ended (whew!), I found my passions had shifted.

I still think making movies digitally is very very cool and valid, but I feel like there isn’t as much groundbreaking work to be done in terms of writing – it is no longer an uphill fight to suggest shooting digitally, to files not tape, and to do your post on desktop systems, not heavy iron. The Red One (and now Scarlet and Epic), the Alexa, the F65 are out there shooting top tier features. Everybody cuts on the desktop now, and increasingly finishing on desktop based systems as well. Would you ever have guessed that there’d be a free flavor of Da Vinci that runs on your Mac? Or that they’d be bought by BlackMagic Designs, who also owns Teranex now too? The heavy lifting has been DONE, both in terms of democratizing the hardware as well as software. Adobe CS5.5 on a properly pimped system? KILLER powerful.

As for writing, there are plenty of people covering it aggressively, thoroughly, and passionately. I used to feel a passionate drive to stay up all night writing, incensed that the World Wasn’t Getting It. Now, I don’t feel that urge as often, because I trust somebody else will say pretty much exactly what I was going to in the next 24 hours anyway. Why write something duplicitous to what someone else is going to? Especially if you aren’t feeling deeply motivated to do so?

So I backed off. And my interests changed. Back when I bought and brought my Red One to Los Angeles in 2008, that fall I bought a Nikon D90, on the pretext that it would make for a nice little previsualization device. The D90 and kit 18-105 lens was a helluva lot smaller/lighter/easier/less intrusive to take location scouting and figure out what lenses I might need (since that one zoom matched my range of primes). When I got the 300mm price for the Red, I’d also picked up a 70-300 Nikon.

And then I started doing more with that Nikon. Post process intensive nerd that I am (I used to do compositing, motion graphics, 3D animation, you name it), I read about HDR photography and started doodling with that. Then, post nerd that I am, I realized there was no reason I couldn’t be doing this with video (aka timelapse) as well, so I did. It started with the D90 tethered to my laptop to control it. I wished for a camera with wider bracketing and a built in intervalometer to do HDR timelapse, and voila, the Nikon fairies smiled on me and the D300S was announced – exactly what I wanted. I shot some stuff I really liked and was proud of – I started two decades ago manipulating other photographers images, and here I was making things from scratch that I felt good about. It was profoundly meaningful to me, and hooked me deep, to the bone.

My career used to be a wonderful balance of creative and technical – I created visual content through motion graphics, 3D animation, compositing, VFX, etc., with a lot of creative input and technical challenges. Then something changed, and I burned out, and literally couldn’t force myself to do it any more. I eventually found a new passion, the one y’all might have seen, with my arc going through the process of HD for Indies, and growing up with Red in the early days, the move to LA and all the adventures around that. But as much fun as it was, it was all technical. It required creative thinking to come up with new solutions, but at its heart it was techie, not creative. I missed that, and it Mattered to me, apparently. Suffice it to say that for me personally, as well as my career, having the ability to scratch the creative itch is very important, and when I do, when I explore something new, my life feels bigger, bolder, more colorful, much more exciting, productive, and happier. I find myself with tremendously more energy and passion at my chosen tasks. More on this another time, for those who might care about it how it might affect their lives and their careers.

Here’s my 2010 reel, based on the D90 and D300S. I wrote a bit about the process for MacWorld here, but as always, I’m space constrained there and couldn’t go into as much detail as I’d like. I showed how this was done at the awesome Hollywood Post Alliance last year, here’s a nice explanatory sample

Since in my professional world I was used to working with, and creating, top notch professional work, it felt Lesser Than to do anything but Full On quality work in my passions. I also wanted to be able to shoot multiple simultaneous angles to cover timelapse events, so I added a D7000 to my kit. Since a lot of what I’ll shoot is low light astrophotography, high ISO performance was vital, so once I committed to taking a Big Photo Trip I added a full frame, light gobbling Nikon D3S, and some good glass to go with it. Here’s a D3S shot at the Grand Canyon during sunset, and here’s a long exposure sequence off the D300S in Bryce.

I’m currently working on an edit of my best of this kind of work to be shown at NAB…in 4K. I’ll update as I can to let you know when/where. And in true HD for Indies style, I’ll be editing, conforming, and color grading this footage (originated at 4.3 & 4.9K) and DOWNSAMPLING TO 4K for the final deliverable…on my 8 core Mac Pro and my 17″ MacBook Pro.

I’ll keep posting on PVC as I feel the urge, and I’m looking forward to NAB and having some things to say about that.

I’ve now started writing on ProPhotoCoalition.com, you can see links to my first four articles here.

I’ll have more to say later about how my passions and priorities have changed, and what it is like to Go For It and move to LA and try to swim in a very big pond…with a lot of sharks. Times, and people, change.