The times they are a-changin’, one could say! Zacuto launches a Kickstarter campaign for the Smart Z-Finder mobile phone viewfinder, and it reaches its goal moments after the announcement. 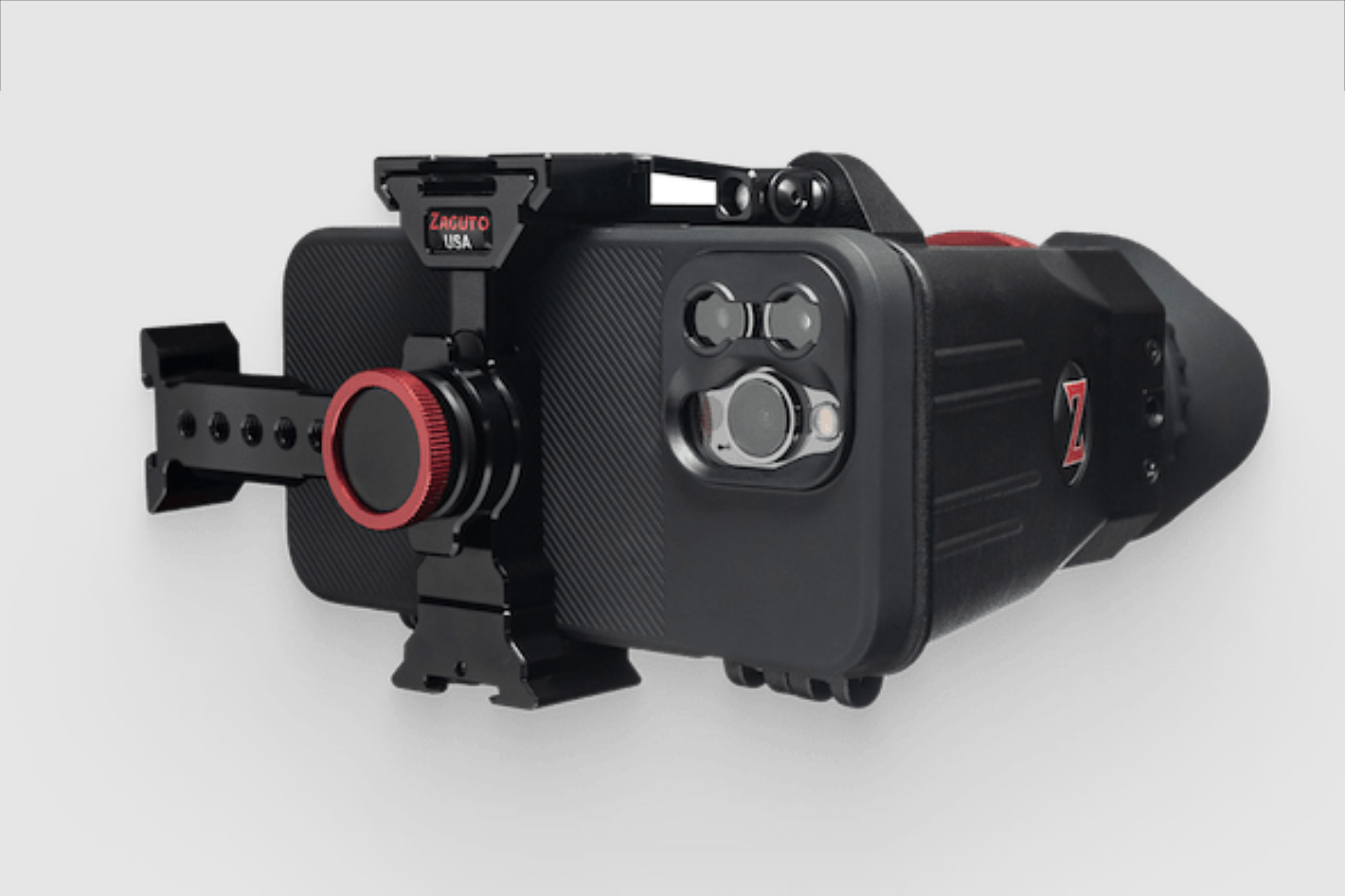 Use your smartphone like a pro, with the Smart Z-Finder that allows users to focus, frame and compose shots on a professional level. It’s the beginning of a series of products for smartphones by Zacuto.

Leading camera accessories manufacturer Zacuto just launched a Kickstarter campaign, and already hit their goal, for its newest invention, the Smart Z-Finder, a viewfinder for iPhones and almost all smartphones with between 6.1- and 6.7-inch screens. That’s news with a capital N!

As I am based in Europe, I was going to stop for the day when this piece of news appeared in my mailbox. The journalist in me could not resist, and the smartphone user in me got interested. Although I said to myself “I will write that tomorrow”, one cup of coffee later I was ready to pick the story and share it with ProVideo Coalition readers. After all, Zacuto is not just another company that makes it to Kickstarter trying to sell a crazy idea, the company is known for its U.S. designed and assembled, production-grade filmmaking equipment. Zacuto’s optical viewfinders, EVF’s, camera accessories and rigs are designed by Steve Weiss, Jens Bogehegn and the company’s engineering staff.

Steve and Jens bring their 80 years of combined experience as award winning filmmakers to create products based on four central principles: balance, ergonomics, comfort for all day shooting, and products that are universal ‘to work with all cameras.’ 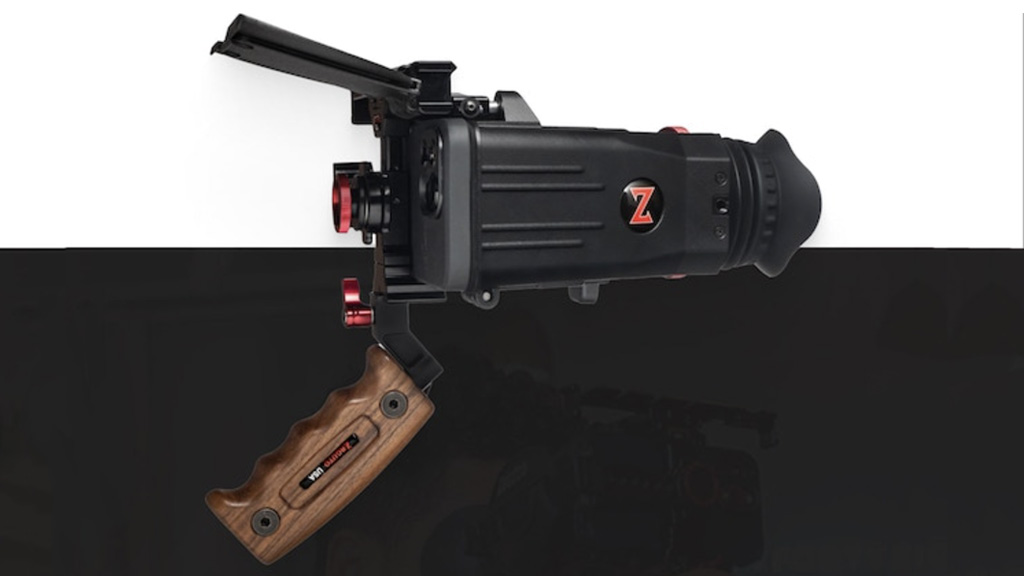 A real viewfinder for your smartphone

Now Zacuto is behind a Smart Z-Finder mobile phone viewfinder, launched through a campaign in Kickstarter that reached its goal almost immediately after it was announced. With an early bird price of $299 – instead of the suggested $499 it will cost when it makes it to the market – the device will allow users to harness a smartphone’s incredible capabilities by adding the single most important part of any camera, the viewfinder, the missing part that users have been asking Zacuto to create.

With the Smart Z-Finder’s magnifying and light-blocking features, anyone filming smartphone video can now see an in-depth image without the sun or other lights impairing their view of the screen. In addition, the Smart Z-Finder is compatible with Zacuto and other brand accessories, meaning it has additional mounts for handles, lights, boom poles, mixers, mics and other accessories.

Now, you may ask, what’s the idea behind creating a viewfinder for smartphones? Well, besides the apparent fact that users have requested Zacuto to create the accessory, it also happens that very recently Terushi Shimizu, President and CEO of Sony Semiconductor Solutions (SSS), claimed that the “still image quality of smartphone-equipped cameras will surpass single-lens reflex cameras, as soon as 2024.” 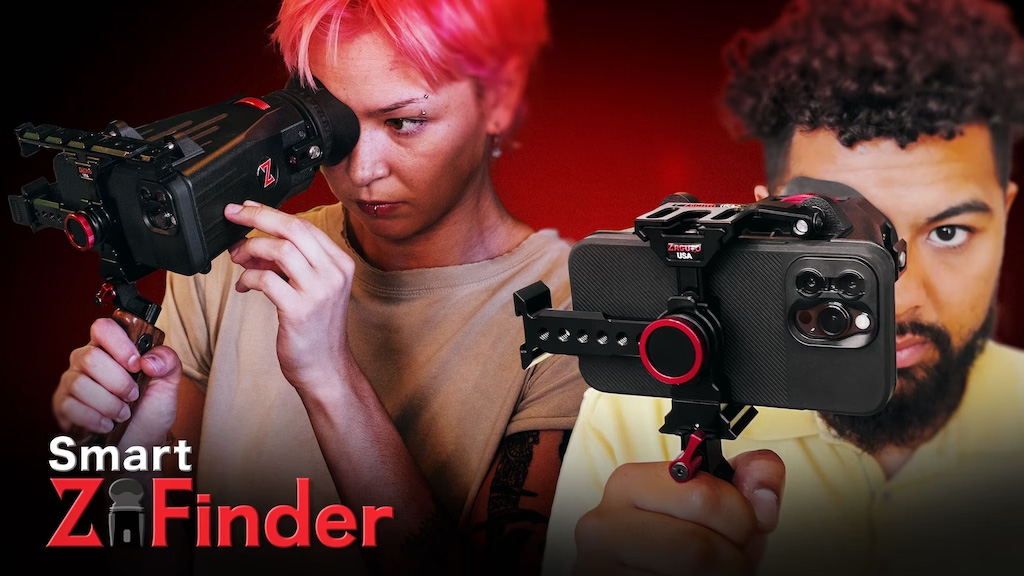 People laughed at the first Z-Finder for DSLRs

While you may not agree with the claim, the truth is that smartphones have their place in a photographer or filmmaker’s toolbox. And they are evolving, as we’ve documented here at ProVideo Coalition multiple times. So, Zacuto is just looking at the market and assessing what may be useful for users. That explains the Smart Z-Finder, a Zacuto viewfinder for smartphones.

Zacuto Product Designer/Director Steve Weiss says, “Smartphones are great for lots of jobs, of course not all, but lots. I use them, but it’s not my only camera. Right tool, right job. You don’t always have the ability to light, or you need stealth, speed, quick to shoot, edit, upload or stream… that’s when I use my phone. You always need to be cognizant that if you miss the moment… you’ve lost everything. Sony says smartphones will supersede DSLR and DSLM cameras in picture quality and in overall features in 2024. The Smart Z-Finder is just the beginning of the products we have in the pipeline, like on-camera boom poles, micro mixers and more.”

“The funny thing is when we first introduced the first Z-Finder for DSLRs in 2010, people laughed at us. Six months later, demand was so high, we couldn’t keep up. Now I hear a little laughter again as we prepare ourselves for this new revolution and emerging market,” added Jens Bogehegn, Zacuto Product Designer/Cinematographer.

The Smart Z-Finder retails for $299 as an early bird special upon the start of the Kickstarter campaign. Pros, prosumers and enthusiasts can learn more about the viewfinder and back the project on Kickstarter at kickstarter.com/projects/zacuto/smart-z-finder?ref=7wlt17.