CoreMelt is bring both transcription and advanced color grading to FCPX

One bit of information worth mentioning that came out of NAB is a couple of upcoming products from CoreMelt. Roger Bolton of CoreMelt announced both of these new tools in separate presentations as the Lumaforge Faster Together stage. Like most FCPX products from CoreMelt these go beyond the Motion template level of simple animations and overlays and will add some deep functionality to Final Cut Pro X.

Not to be outdone by Digital Anarchy’s Transcriptive, CoreMelt’s Scribeomatic will add cloud-based transcription services right inside of FCPX. Roger has posted his presentation and answered a number of questions about this upcoming tool on his website but you can watch the video embed below.

I sat with Roger during a very loud party and got a demo of Scribeomatic and just as expected it looked very cool. The time to transcribe during the demo was just about real time for a 5 or 6 minute clip that Roger was using. There looked to be a number of ways to integrate the transcription but the one that really caught my attention was bring the transcription back into the timeline as markers (as you can see in the image below). 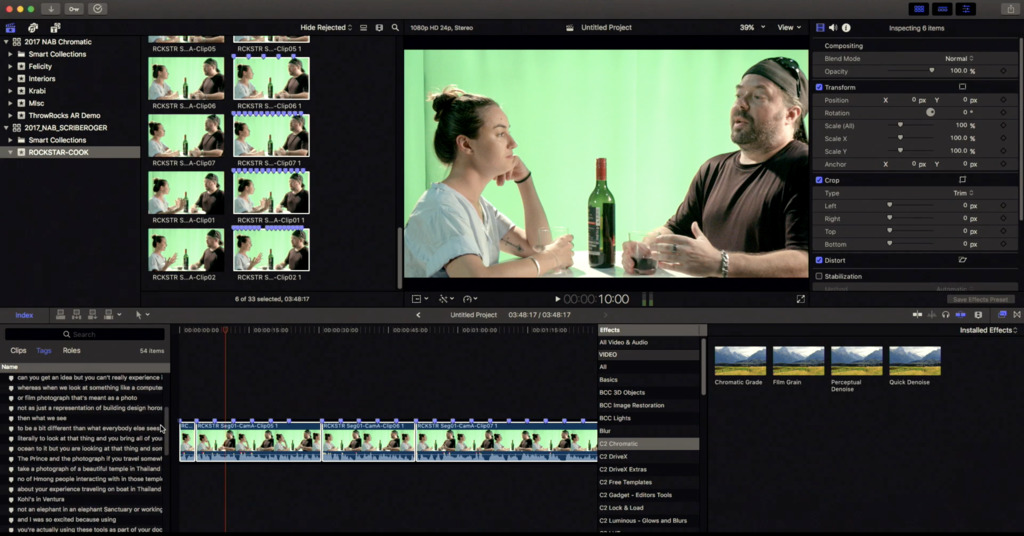 Scribeomatic appeared to insert the transcription as set intervals on the clip. While I’m not sure of those intervals (or if they can be changed) what you do get when the clip is in the timeline is the ability to view and search the content via the FCPX Timeline Index. This gives some Avid PhraseFind-like abilities to FCPX and could have many uses depending on the job. The big question everyone will be asking is price but that will be determined closer to release. Scribeomatic is just entering beta.

The other announcement from CoreMelt was for the upcoming color grading tool Chromatic. Roger answers a few questions about Chromatic in his blog post.

One question that might be asked is why do we need another FCPX color grading tool when we already have Color Finale? I think the short answer is choice and Chromatic will operate a bit differently (as different as a traditional color grading tool can operate) and add a few more tools to the mix. CoreMelt is one of the original FCPX third party developers as well and they will work hard to create a proper plug-in and not just a cheap Motion-template ripoff of an existing tool as we’ve seen from some other developers. 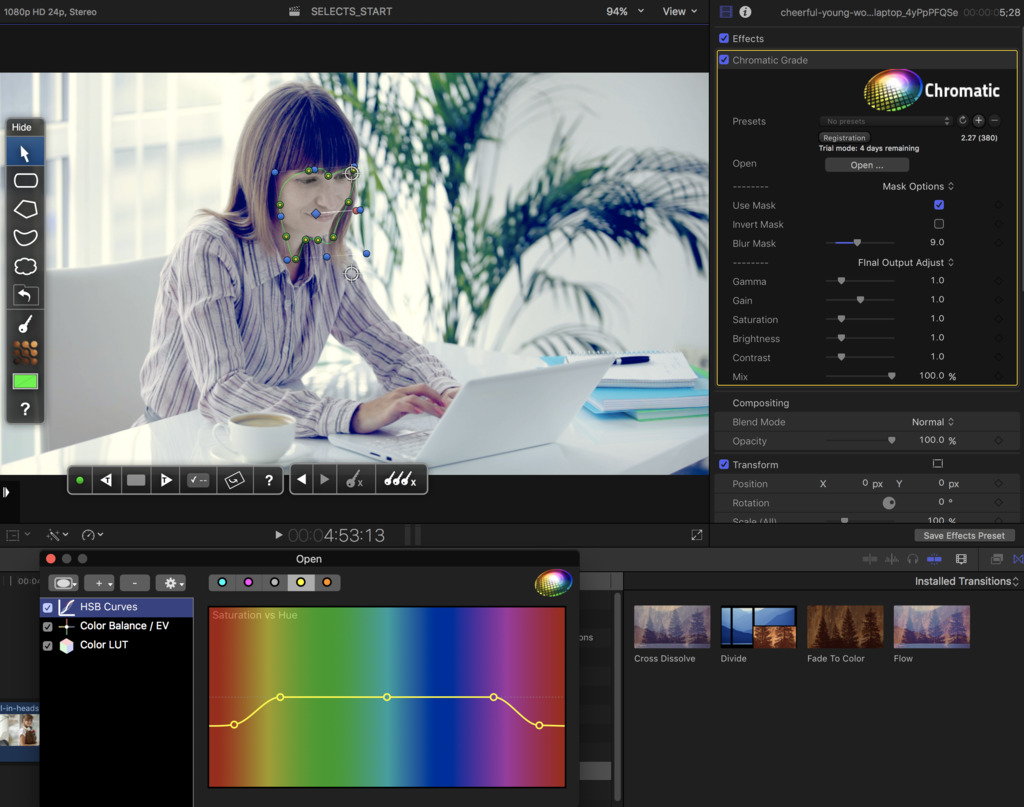 I really liked seeing the different curve grading options during the demo that I saw of Chromatic. And not just traditional RGB Curves but the vs. curves that Resolve users might be familiar with. In the above image you can see a Saturation vs Hue curve. These types of curves are one of the things I miss most when not working in Resolve as you can do some simple corrections very quickly. We also have to note that CoreMelt’s SliceX mocha-based masking and tracking will be part of Chromatic and that’s a big feature addition right there. Good masking and tracking controls are a must for serious color grading work so Chromatic will take grading to the next level in FCPX.

Keep an eye on CoreMelt’s website for more details on when the betas are in full swing as well as pricing and availability.