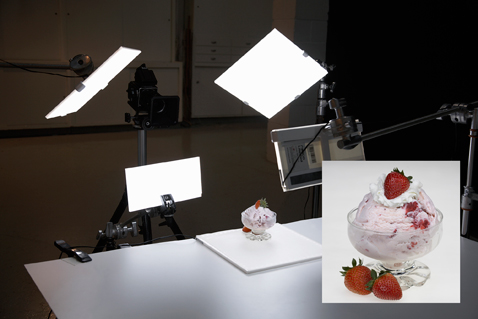 Not too long ago, after writing a series of articles on HD cameras and IR contamination, I published my first IR Filter Cheat Sheet for those who wanted to skip the technical details for a short description of what IR filter to use when. Shortly thereafter Rosco contacted me and said they’d like me to test their IR filter, the Rosco Tru-Color IR. Being the curious sort, I readily agreed to take a look. I’ll be testing it tomorrow at Videofax in San Francisco.

Here are some stills that Rosco provided from their tests: 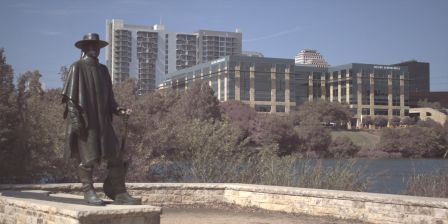 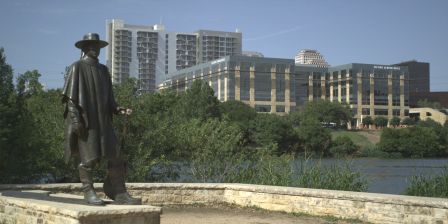 At the same time Rosco asked if I’d be interested in testing one of their LitePad products. I warned them that I’d participated in the development of the Kelvin Tile and that I knew what to look for in an LED fixture, but they happily sent one along anyway. I’m most impressed at their simple yet highly-effective design: 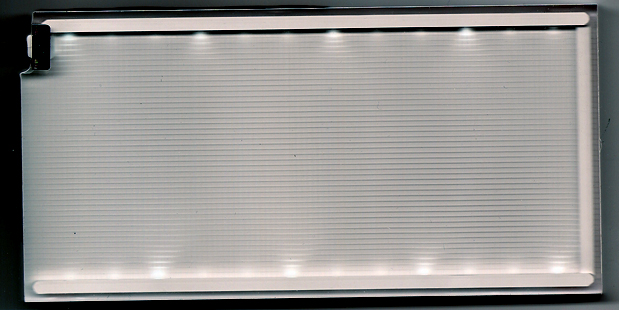 This is the 3″x6″ LitePad that Rosco sent me to test, dimmed to its lowest possible brightness and scanned on my HP desktop scanner. The LEDs are spread around the outside of the pad and radiate light across a grid of thin wires, which spreads and diffuses the light evenly across the LitePad’s surface. When testing luminosity in the Art Adams LED Exploratory Luminance Detection Center (our guest bathroom with the door closed and the lights turned out) I found that this light gave me a healthy 25 footcandles at 18″ and 12.5 footcandles at around 3′. That’s a good amount of light for a thin lightweight light source that will most likely be hidden in close proximity to a subject. I’m going to take a closer look at its color tomorrow when I test the Tru-Color IR filter.

And just in case you wondered whether LitePads were at all a versatile family of lighting units: 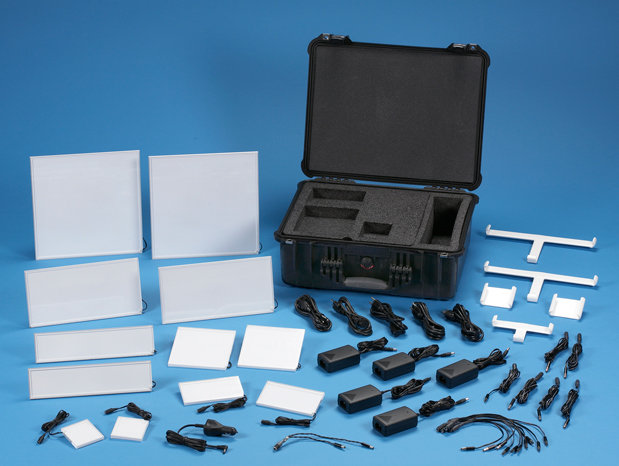 Hmmm. I think they’ve thought this one through. They sent me a photo of a tabletop setup that I found most intriguing: 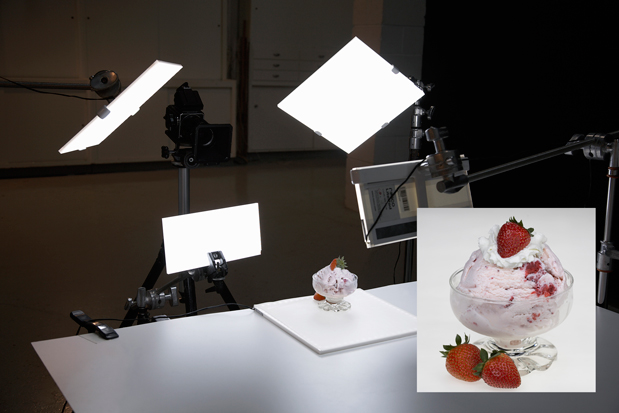 The thing to notice here is that all the light sources are LitePads, so we don’t get a good feel from this photo as to how LitePads will mix with other lights. But for simplicity, this tabletop lighting setup wins a prize.

And I could have used this little LitePad on my Porsche shoot a few weeks ago: 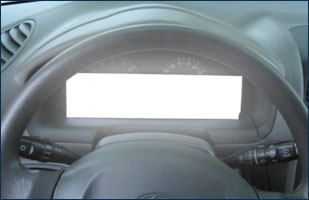 Last but not least, be sure to check out RoscoVIEW:

This two part system, consisting of a polarized window gel and an on-camera polarizer, is a clever way of controlling bright outdoor lighting viewed from inside. When two polarizers are combined it’s possible to rotate them in such a way that all nearly all light is blocked, so by rotating a polarizer on the camera lens it’s possible to selectively reduce the amount of light coming through the polarized window gel. The demo shown looks like it would work marvelously for those dreaded talking head interviews where the only nice angle in the room is the one looking out of it. (We’ve all experienced those at one time or another.)

Art Adams is a DP who likes to think he’s bright. His web site is at www.artadams.net.