Millions of subscribers to the web show Video Game High School are a testament to the idea that if you produce it, they will come. In 2010, University of Southern California graduate Freddie Wong began making the kinds of videos he wanted to watch and posting them on YouTube. More than one billion views later, RocketJump, the production company he co-founded with partners Dez Dolly and Matthew Arnold, is showing no signs of slowing down. In addition to securing a content deal with Lionsgate, Wong and his Co-Producer Ben Waller are paying it forward by launching RocketJump Film School to teach aspiring filmmakers the tricks of the trade.

Millions of subscribers to the web show Video Game High School are a testament to the idea that if you produce it, they will come. In 2010, University of Southern California graduate Freddie Wong began making the kinds of videos he wanted to watch and posting them on YouTube. More than one billion views later, RocketJump, the production company he co-founded with partners Dez Dolly and Matthew Arnold, is showing no signs of slowing down. In addition to securing a content deal with Lionsgate, Wong and his Co-Producer Ben Waller are paying it forward by launching RocketJump Film School to teach aspiring filmmakers the tricks of the trade. 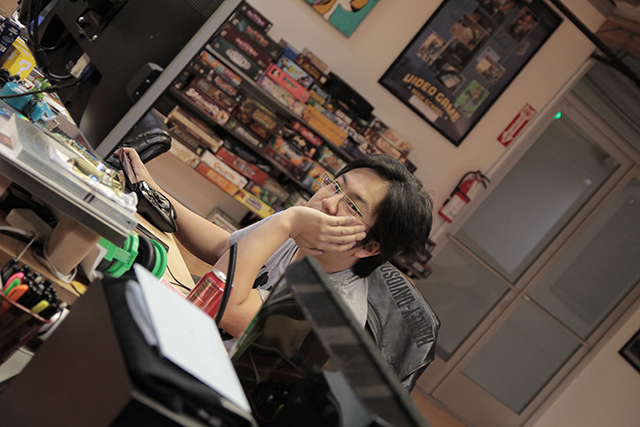 Adobe: What are the origins of RocketJump?
Wong: After doing a lot of direct-to-DVD films, random post production, and visual effects, we started producing YouTube videos in 2010. We realized that online video was becoming a platform where viewers were spending more time and it was a place where you could build an audience without the hassles of a big production.

The goal from the beginning was to build an audience online by making the kinds of films we wanted to see—namely action movie comedy stuff with cool visual effects. So far, we have seven million subscribers. Earlier this year, we passed more than one billion total views of all the videos on our YouTube channel.

Adobe: What type of content do you create?
Waller: Our RocketJump Shorts are the foundation of our original web video content. One of the first videos RocketJump made, Future First Person Shooter, is our most-watched video with more than 27 million views.
Wong: Then we decided to launch a series in 2011, Video Game High School. It was an idea we’d been kicking around for a while, even before we were on YouTube. We Kickstarted it before people knew what Kickstarter was and set a crowd funding record at the time. The first two seasons are now on Netflix and YouTube and we are finishing the third season. We also just won three Streamy Awards, which honor the best in online video.

Adobe: Do you prefer producing short videos or web series?
Wong: We’re transitioning from short YouTube videos to longer-form web series. One of the milestones we reached this year is a content deal with Lionsgate. It’s a way to have longer-form content financed and produced. It opens up a new world to us.

Adobe: How does Adobe Creative Cloud help you produce content?
Waller: We’re doing all of our finishing using Adobe Creative Cloud applications, which is helping our workflow tremendously, especially now that we have transitioned completely to 4K resolution.
Wong: For every season of Video Game High School, we’ve been close to the cutting edge in terms of technology. For season three, we pushed the limits by shooting at a high frame rate of 48 fps and finishing in 4K.

We used Adobe Premiere Pro CC to edit REDCODE RAW (R3D) files up to 6K, and we sized down to 4K. Premiere Pro handled everything we threw at it, including a variety of camera formats and codecs, primarily RED Dragon 4K footage. Then we edit natively in Premiere Pro CC. A lot of our visual effects compositing is round-tripped using Dynamic Link with After Effects. We also use Media Encoder because it outputs almost every format, and it’s a strange thing what we output—48 fps at various resolutions. Of course we also use Photoshop for a lot of effects work.
Waller: Jeff Brue from Open Drives has helped us out with solid-state networking and storage. We can have five or six editors working at the same time in Premiere Pro on RED raw 4K video at 48 fps, which is amazing. 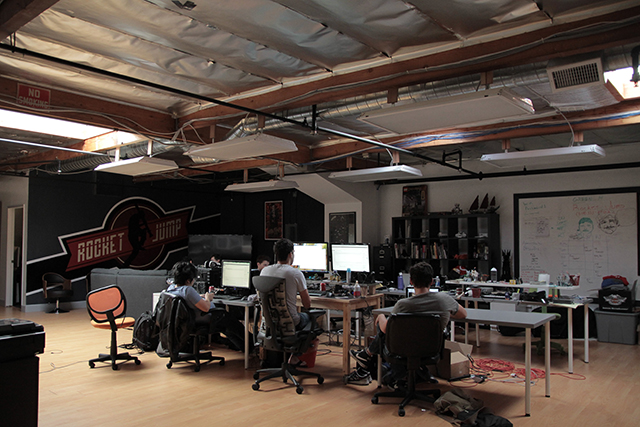 Adobe: Why have you chosen to do all your work at such a high frame rate?
Wong: The decision to shoot at 48 fps is grounded in the story we’re telling. The concept of Video Game High School is that you have two worlds. You see the real world of the high school and, when people play games, you enter the video game world.

We needed a way of distinguishing the video game world visually without doing something obtrusive, like over-the-top color correction or 2.35 aspect ratio. We realized the perfect way to show the hyper-real world in the video game is to shoot at a high frame rate. Even though we finish with Premiere Pro at 48 fps, the high school sequences are at 24fps, while the video game sequences are at 48fps. 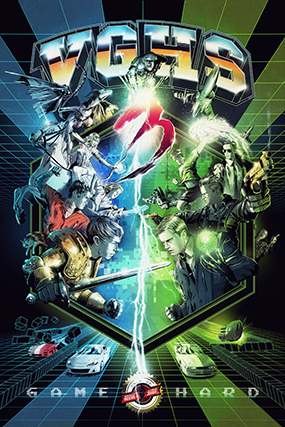 Adobe: What are some other projects in your pipeline?
Wong: Through the deal with Lionsgate, we are in preproduction for a Twilight Zone-esque anthology show. We’re also working on a reality show that is a behind-the-scenes look at what we’re doing here at RocketJump, such as ideation, creation, and so on. Each episode culminates in the premiere of a short film, similar to American Chopper, but instead of a cool motorcycle at the end, you get a short film.

Short films were our bread and butter for a long time. We did one short action film a week—shoot, edit, color, music, sound design—basically everything you would do to finish a feature film for a three- to five-minute video. We still make shorts, but we’ve slowed down during production of Video Game High School. We shot the third season in February and by mid-September we were done finishing six 40-minute episodes, 240 total minutes of content.

Adobe: Why is Adobe Premiere Pro CC useful in such an aggressive workflow?
Wong: We made a big transition from Apple Final Cut Pro to Premiere Pro about two-and-a-half years ago. We have a strong visual effects focus so the tight integration with After Effects was important to us. We also appreciate how Adobe stays on top of rapidly evolving camera technology. In our productions, we’re talking about workflows and turnaround times that are unheard of in the industry. The only way we are able to do that is because Adobe software is on top of the camera and cinema landscape.

Adobe: What made you decide to launch RocketJump Film School?
Wong: We found that a lot of people have questions about how we do things and what it takes to make something look big-budget. That’s how we came up with the idea of the RocketJump Film School. We aim to provide an all-in-one, comprehensive online curriculum for every aspect of filmmaking—color correction, producing, wrangling actors, music, cinematography, editing and so on. One of the things we’re excited about with the RocketJump Film School is highlighting the techniques and tricks of the trade we’ve learned and the lessons we’ve gotten from being an independent film production company.

Adobe: What kind of skill levels are students going to need?
Wong: We address every aspect of filmmaking for as many skill levels as possible, whether it’s a rank amateur or an experienced independent filmmaker. One of the audiences we hit with our videos is the independent filmmaker/film school graduates who know that distribution and funding are now going online. This digitally connected generation is a large part of who we talk to and they look to us as tastemakers for techniques, cameras, and software. We’re excited about helping them achieve their goals as we continue to pursue our own.