Big brick batteries with the typical Gold-mount or V-mount connectors are very versatile in that you can use them to power cameras and their accessories, field monitors, mobile LED light kits, and so on. But those 14v batteries from industry leaders Anton Bauer and IDX can be expensive, especially if you need a bunch of units along with their pricey chargers. That’s why Broadcast Camera Batteries caught my eye at this year’s CineGear Expo in Los Angeles.

BCB makes big brick batteries that have few frills. You can’t string them together like certain IDX batteries. And they don’t have the same safety features, or accurate power meters of Anton Bauer’s new Digital series. On the other hand, none of my trusty old Dionic HC batteries had those features either, and yet they reliably powered lots of gear for many years. Plus, the BCB batteries are the most affordable I’ve ever seen. A 70-watt/hour battery is only $149 direct from the company, whereas a roughly comparable IDX CUE-D75 is $218 at B&H. That’s a pretty good savings, and it continues through the rest of BCB’s ineup — for instance, BCB’s 190-watt battery is $425 while a similar wattage from Anton Bauer would put you in the neighborhood of $585. 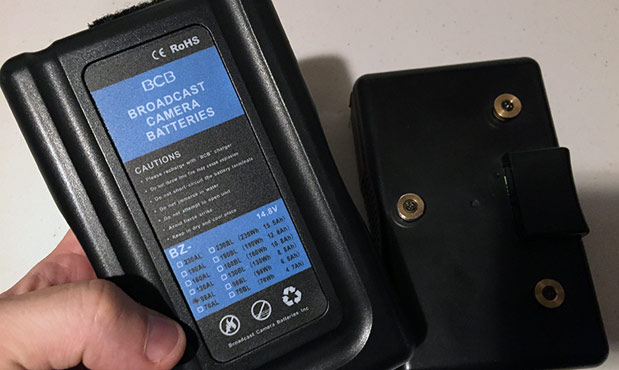 I had a chance to work with a couple of Broadcast Camera Batteries for more than two months, powering camera systems, LED lights and field monitors on a variety of jobs, and found them reliable and hassle-free. And despite being no-frills, the BCB batteries actually had one important feature that more established brands don’t offer (see below). Here are some specific impressions… 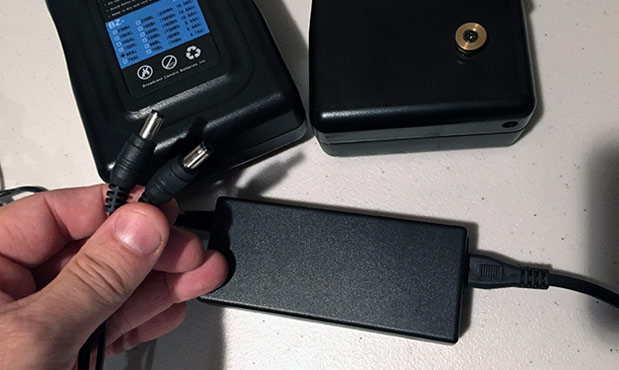 The dual charger is just a small power brick and a couple of cables.

Overall, I would recommend Broadcast Camera Batteries. They don’t have some of the more refined features found on the latest models from Anton Bauer and IDX, but they nonetheless handle plenty of jobs well, and can save you significant money, and that unique, inexpensive dual charger makes them very easy to manage when you’re in the field.

Helmut Kobler is a Los Angeles-based Director of Photography and Cameraman at www.losangelescameraman.com.