Experiencing and recovering from NAB 2014

NAB is still the bullseye on the calendar of so many people across the industry, and 2014 was no different. digitalCINEMAcafe produced shows before and during NAB that talk through the people and technology that were all over the event, while The Cutting Room streamed interviews with post professionals and companies from the show floor. The guys at the ColorCast were also at NAB, and their show this month is packed with NAB related news and analysis. That Post Show and FCPX Grill featured guests who spoke about everything from being at NAB to making indie films on no budget to being an early adopter of FCPX. The Digital Convergence Podcast didn't roll out any new podcasts in the past month, but there are several episodes that you need to check out if you've never heard about this show.

If there are any podcasts you'd like to see featured here, please let us know in the comment section of this article, or better yet, start a conversation with us on Twitter. 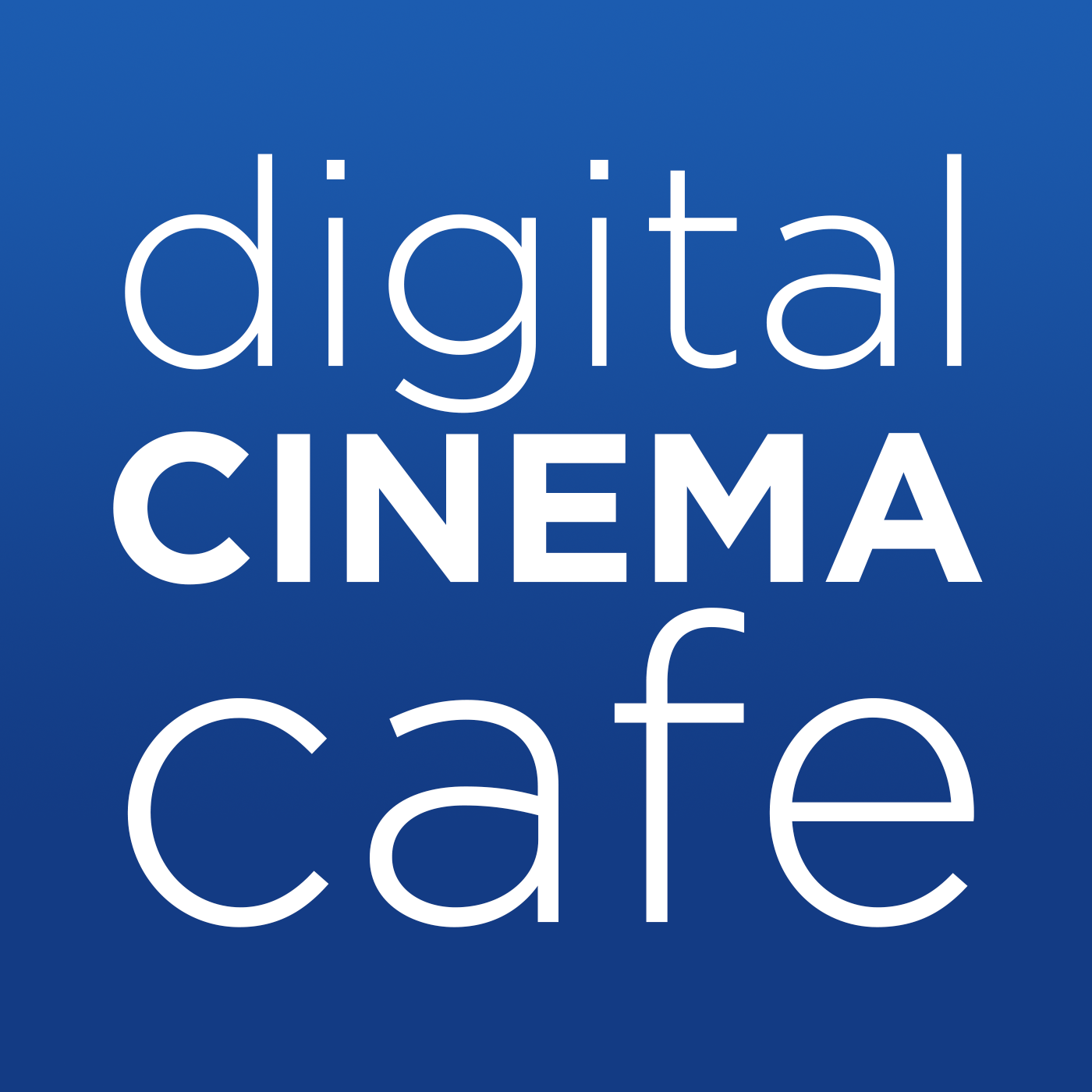 April on digitalCINEMAcafe was all about NAB it seemed. Alex and Chris traveled to Vegas with the primary goal of collecting interviews for shows and meeting industry friends and colleagues.

On DCC044, NAB 2014 was just around the corner and Chris and Alex discussed what they were looking forward to seeing and some of their appearance plans for NAB. DCC045 featured a crazy cast of characters. Recording live on the show floor in Randi Altman’s Post Perspective booth, Alex and Chris wrangled a ton of guests including a few walk-ons to get a unique perspective on NAB. Almost completely void of the paid shill product reps, this episode enjoys honest reviews of new products from professionals like Scott Simmons, Rob Terry, Jesse Averna, Chris Marino, Mike Woodworth and Dave Dugdale, just to name a few. DCC046 – feat. Josh and Jason Diamond was a special bonus episode of DCC and was recorded at 3 a.m. after all the gear had been packed away. We had the opportunity to sit down with The Diamonds and couldn’t pass up the chance. DCC047 feat. Peter Dippery let us dig in with Peter, who is a corporate video producer, and he talks extensively about his ability to manage many projects concurrently and almost more importantly, manage his clients' expectations along the way. DCC048 feat. Robin Phillips was great as Alex MacLean and Robin have been working tirelessly for over two years on Valiant. It's an amazingly rich short film that features old time practical effects and models created by some of the talent that worked on the original Star Wars movies. This episode was recorded right before Alex and Robin left to premiere the film at the Newport Beach Film Festival.

In the coming weeks and months digitalCINEMAcafe plans on continuing its goal of bringing industry professionals to the table and having in-depth conversations and learning about our industry in the most honest way possible, from the actual men and women who work in the trenches.

That Post Show is a discussion with industry experts about the art and science of film, editing and post production. We discuss visual effects, cameras, screenwriting and just about everything else — from planning to production to post production.

On March 11th we had a fantastic conversation with Mark Stolaroff, where we discussed making indie films on no budget. Mark is the genius behind the No Budget Film School. On March 18th, we talked with Wes Plate (formerly of Adobe and the founder of Automatic Duck) as well as David Stripinis (who worked on Avatar and is now a VFX artist at Digital Negative in London). We discussed the nuance of time zones, screenwriting and muscle-memory. On March 24th  we talked with Sam Bogoch, the founder of Axle, as well as Steve Cohen. We discussed media management, Axle Video solutions, Avid Media Composer and much more. On April 1st we talked with Angie Taylor (the amazing After Effects trainer) and Mike J Nichols, who put together the underground “The Phantom Edit” (and much more). We discussed interlacing, NAB and punk rock.  On April 4th we talked with Al Mooney and Wes Plate about the upcoming changes in Premiere Pro CC as well as Rampant Design Tools and That Studio’s Indie Essentials. On April 7th we spoke with Aharon Rabinowitz and Scott Simmons and we discussed the RED GIANT Universe and what it means for customers and the future of Red Giant.  And, finally, on April 15th we talked about PREBIRTH, a short film by Josh Jackson and Brian Tang, shot for under $1,000 on a DSLR. 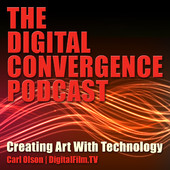 The Digital Convergence Podcast (DCP), created by Carl Olson, is a talk show about the art and technology of affordable digital filmmaking. The rising popularity of the Canon 5D Mark II back in 2009 led to the birth of the DCP in January 2010. For the last four year the hosts and guests of the DCP have engaged in lively and animated discussions about production, post-production, business, and trending technology. No new episodes were produced over the past month, but there are more than a few memorable episodes.

DCP Episode 15 is with Gale Tattersal, DP for Fox Network’s House MD. As soon as I heard that the season 6 finale for House MD was filmed with Canon 5D Mark II’s, I knew I had to have Gale Tattersal on the show. To my delight, Gale agreed. A funny aside is that the network at the time forbade Gale from mentioning “Canon” on the podcast. Needless to say, Gale and I had a very difficult time talking about how he used the Canon 5D Mark II without mentioning the name of the camera!

Another memorable episode of the DCP is Episode 71 “Collector of Memories” featuring director Po Chan. Long time co-host of the DCP, Chris Fenwick, delves deep into the mind and vision of Po Chan, a remarkable visual storyteller and artist. Po Chan wrote and directed The Ticket and The Last Three Minutes which were both shot by Shane Hurlbut of Hurlbut Visuals.

DCP Episode 84 with Bruce Logan is another favorite of mine. Bruce Logan reveals how he created the first “iPad” in 1968 in Stanley Kubrick’s 2001: A Space Odyssey – long before Apple turned it into a reality. 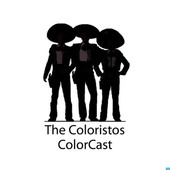 The Coloristos ColorCast is a monthly podcast about Film and Television Color Grading, Color Science, and Post-Production. Anyone interested in color grading, finishing, and digital intermediate post-production will find relevant topics and discussions here.

In an NAB-centric episode of the ColorcCast, the Coloristos discuss a number of major announcements live from the show floor at NAB 2014. That includes info about Resolve 11, the Blackmagic URSA camera, Cintel Film Scanner, AJA CION camera, Flame/ Flame Assist 2015, Baselight Dailies, and new pricing for Digital Vision Nucoda and Nucoda Look. The guys also talk through a few major trends affecting both production and post, which includes new ProRes support on Windows for Assimilate Scratch and Quantel Pablo RIO, and on Linux for Resolve, along with the continued push toward the Cloud with Media Composer|Cloud, Adobe CC, and Scratch 8. They also discuss a big topic at NAB 2014: subscriptions. The guys talk through their thoughts about Media Composer and Smoke 2015 subscriptions plans, and what that means for those companies, for the industry and for individual users. 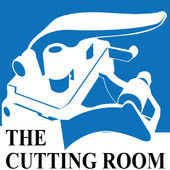 The Cutting Room Podcast covers editing specific topics and interviews editors from around the world, and recently we've had some great discussions with people who are on different sides of the industry with some amazing perspectives.

This past month The Cutting Room live streamed interviews with post professionals and companies from around the world.  This included Kevin Tent (Nebraska Editor), Captain America: Winter Soldier Sound team, Blackmagic Design, Adobe, Avid, and much much more.  Interviews are up on Youtube and will be available in iTunes soon. 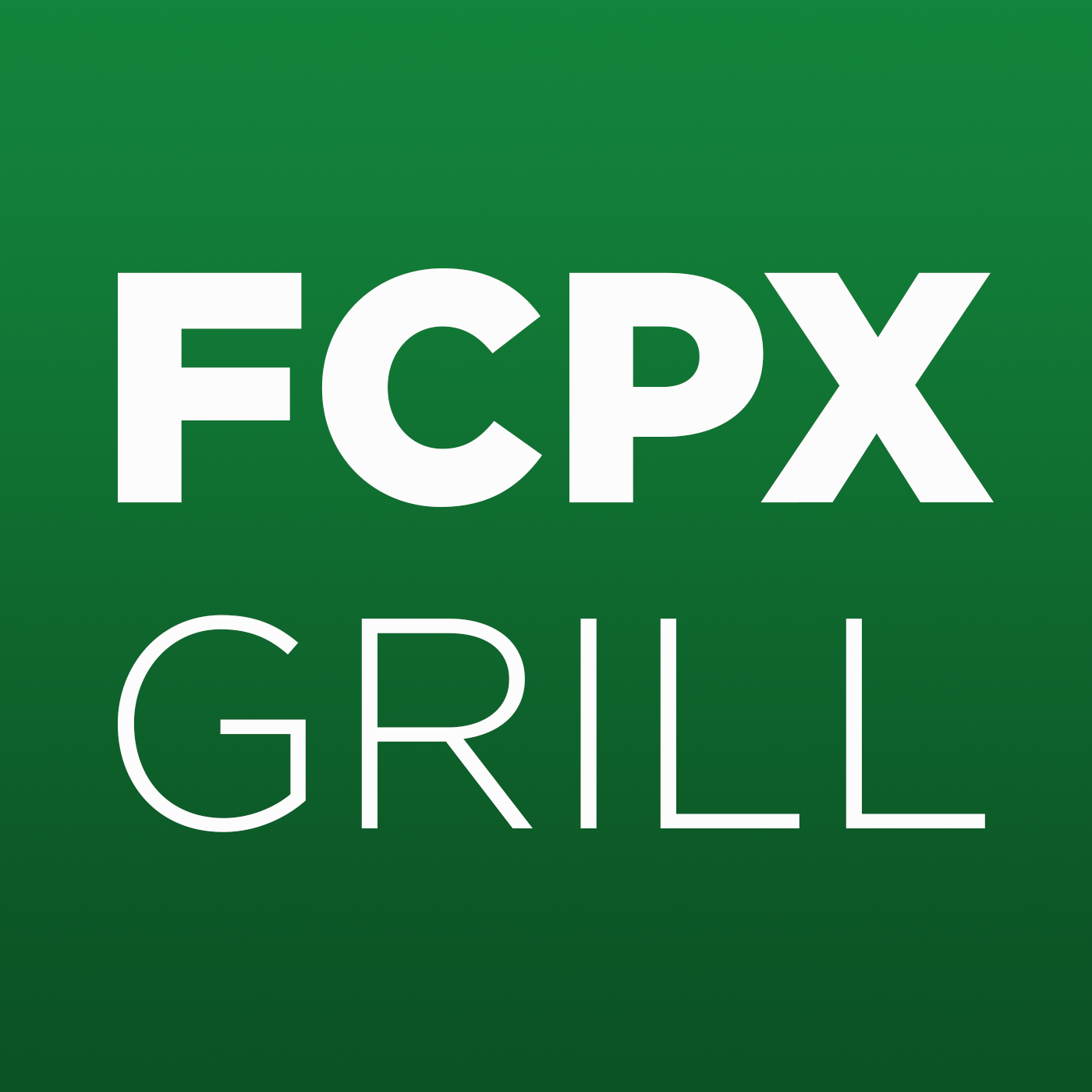 April has been crazy at The Grill. Back in December when we accidentally posted two shows at once we never thought it would start a tradition that has been going ever since. Yes… we may be the only production related podcast that produces two shows each week. We would not be able to keep this up without the generous support from Premium Beat. We are HUGE fans of their music and the whole Premium Beat eco system and we were delighted when they made the decision to help us support what we are doing.

FCG 034 feat. Christopher Hocking allowed Chris to chronicle the journey his company has made to begin to incorporate FCPX into their workflow with their editors. Chris is the Post Supervisor at Late Nite Films. We featured an old friend of Chis' in FCG035 feat. Steve Miller. About two years ago they both chose different paths: Steve went to Adobe and Chris went to FCPX. In an attempt to wave off the accusations of being blinded Apple fan boys, we decided it would be great to have Steve on to talk about what he liked about Adobe Premiere. This is a very friendly and lively conversation. FCG036 feat. Michael Garber and Sam Mestman was recorded on location in the DCC Hospitality Suite in Vegas, this show recaps some of the NAB news about FCPX and also showed AMAZING dedication from both Sam and Michael as they actually WALKED OUT on the AJA NAB party to come and record this episode. Crazy honored to have these two great FCPX minds in one room. FCG037 feat. Scott Markowitz allowed Scott to detail how FCPX is being used in shows and commercials at Shooters TV and Shooters Inc. in Philly. He also tells an amazing story about, of all things, Charlie the Tuna. This story was tweeted a lot after this episode was released. A talented and gifted instructor and a VERY early adopter of FCPX is in FCG038 feat. Jem Schofield. This discussion touches on many workflow details in Final Cut. FCG039 feat. Ben Consoli is basically a welcoming of our new Sponsor, Premium Beat. However, we also go into a deep discussion about 4K adoption and workflow. FCG040 – feat. Marc Bach has the lead editor at Audience, a channel on the DirecTV Network. Marc goes over their workflow of cutting 4K multicam music shows. There is also a great story about how his boss decided to move toward FCPX because of watching Marc review 4K footage in a hotel lobby on his MacBook Pro in FCPX. FCG041 – feat. Darren Roark is a discussion with someone who's worked tirelessly over the years to help people find new ways to streamline workflows by suggesting new ways of working. It's no wonder FCPX is his edit system of choice. We also talk about the issue of a “Trail of Bread Crumbs”  and how any edit workflow must retain its integrity. FCG 042 – feat. Steve Navrat is a comfortable episode, as Steve and Chris work together at SL\CE Editorial, and they discuss, among other things, the benefits of having a unified filing system and well as standardized workflows in FCPX.

Doing two shows is a LOT of work but the guests keep lining up because everyone is really excited to talk about Final Cut Pro.