PsF footage requires special treatment in post, and its sources are growing at an alarming rate. 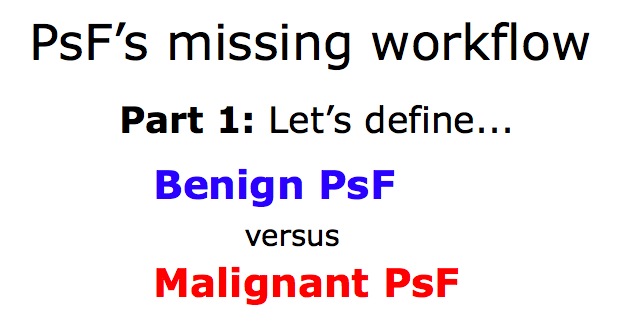 Here in Part 1 of PsF’s missing workflow, I’ll define two new terms I’m introducing: benign PsF and malignant PsF. Fortunately, both Adobe Premiere CS5.5 and Apple Final Cut Pro X handle benign PsF (progressive segmented frame) automatically in the most desired way. Unfortunately, neither of these programs can handle malignant PsF properly. This means that -even with the latest software- it is your responsibility to avoid the multiple pitfalls of misinterpreting malignant PsF. You must be aware of it and take the necessary steps to counteract it. This article will cover Panasonic’s AVCHD/AVCCAM PsF status. Upcoming articles in this series will reveal the PsF status of other cameras and recorders, and the workflows & workarounds with popular editing software.

As explained in my prior article, starting with Adobe Premiere CS5.5, it is now possible for the program to auto-detect PsF from AVCHD (at least sometimes). What wasn’t clear back when I wrote that article is that depending upon the way the particular camera records PsF in AVCHD, it can be auto-detectable or not. The test clips used with my prior article were from two Panasonic AVCHD cameras which represent price extremes in their AVCHD professional line, which Panasonic also calls AVCCAM. The 1080/25PsF footage was from a Panasonic AF100 (which is always sold as a universal, worldwide camera with a USA warranty) (thanks to Rub©n Abruña for the footage), while the 1080/29.97PsF was from a Panasonic AG-HMC40 (USA segregated version) (thanks to Carlos Matamoros, who has since sold that camera). As stated in that prior article, Adobe Premiere CS5.5 automatically detects both of them as PsF and therefore treats them properly (as progressive), without any conscious intervention by the (human) editor during ingest, which was necessary before version 5.5. (Human intervention is still required in other steps in the editing process, as I’ll cover in upcoming articles in this series, but not during ingest.) Since then, I have determined that Final Cut Pro X also automatically detects this benign PsF properly from these same two cameras. In order to distinguish these two different types of PsF in AVCHD (and other) recordings, as of now I am introducing these two new terms:

Negative side effects from misinterpreting PsF as interlaced footage

If you bring PsF video files into a progressive timeline and the software mistakenly believes that the source video is interlaced, it will often automatically de-interlace it. The first issue is that the unnecessary de-interlacing process can soften the progressive image or otherwise degrade it. When I brought this situation up with Karl Soul© of Adobe at NAB 2011, he immediately pointed out another negative side effect: He said that it can also cause the software to miscalculate the way it should handle the video when a squeeze (picture-in-picture) effect is executed.

What about just using it as “disguised interlaced” on an interlaced timeline?

A colleague once proposed simply using the malignant PsF footage on an interlaced timeline. While it is true that the editing program won’t deinterlace footage on an interlaced timeline, the problem described by Karl Soul© in the above paragraph would still exist. The editing program would also force a different cadence into some motion effects. In addition, if you edit the malignant PsF footage (“disguised interlaced”) on an interlaced timeline, when at the end you go to encode for many progressive output formats (i.e. web and mobile devices), it will consider the source to be interlaced, and the undesired and unnecessary deinterlacing would occur at that time. That’s why I am so passionate about making progressive workflows remain progressive throughout the process, even though I know that some final formats may force the use of PsF (i.e. some over-the-air 1080i TV stations, and even 1080 Blu-ray with 25p and 29.97p), since at least the PsF will be created cleanly, and without any unnecessary deinterlacing.

How the editing program auto-detects PsF when it’s benign 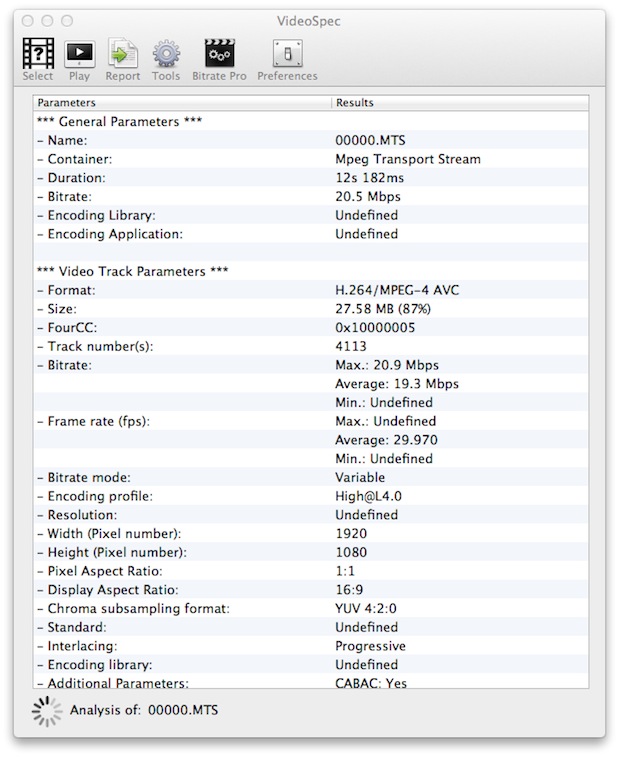 VideoSpec reports that the benign 29.97PsF footage from the Panasonic AG-HMC40 is really progressive and should be treated as such. 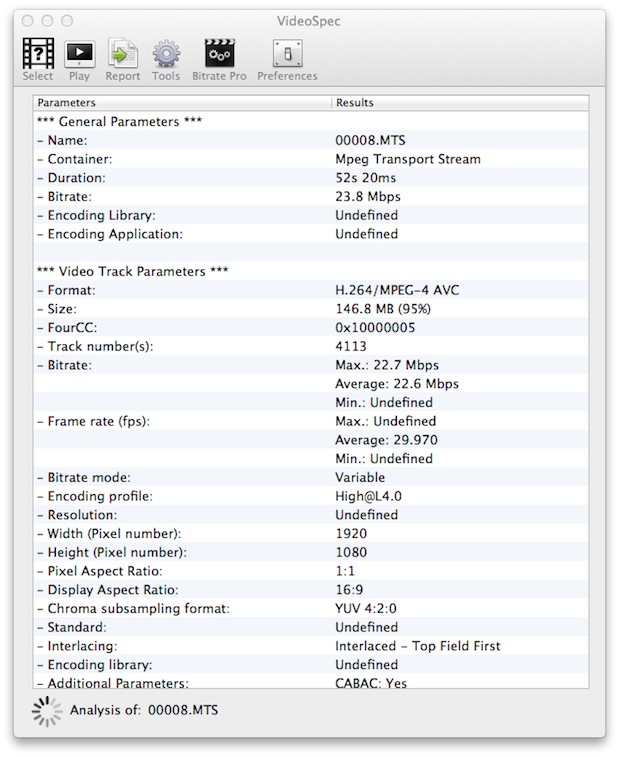 From a camera which unfortunately records malignant PsF, VideoSpec indicates that this footage is “interlaced”, even though we absolutely recorded as 29.97PsF. This sadly misinforms the editing software that the footage is interlaced.

Neither Premiere Pro CS5.5 nor Final Cut Pro X detects malignant PsF as progressive automatically, so it’s your responsibility to tell the program that it’s progressive. More information in the upcoming articles in this series.

PsF status of other cameras and recorders

Upcoming articles in this PsF’s missing workflow series will reveal the PsF status, including many from Canon and Sony (including the NXCAM series), and standalone recorders. To be sure you don’t miss them, sign up for my mailing list here.