Big news was announced on July 22nd, as ProMAX went public with their acquisition of Cache-A, a leading supplier of network-attached video archive appliances. The move will allow ProMAX to integrate Cache-A’s archival technology into the multi-functional capabilities of Platform storage solutions. 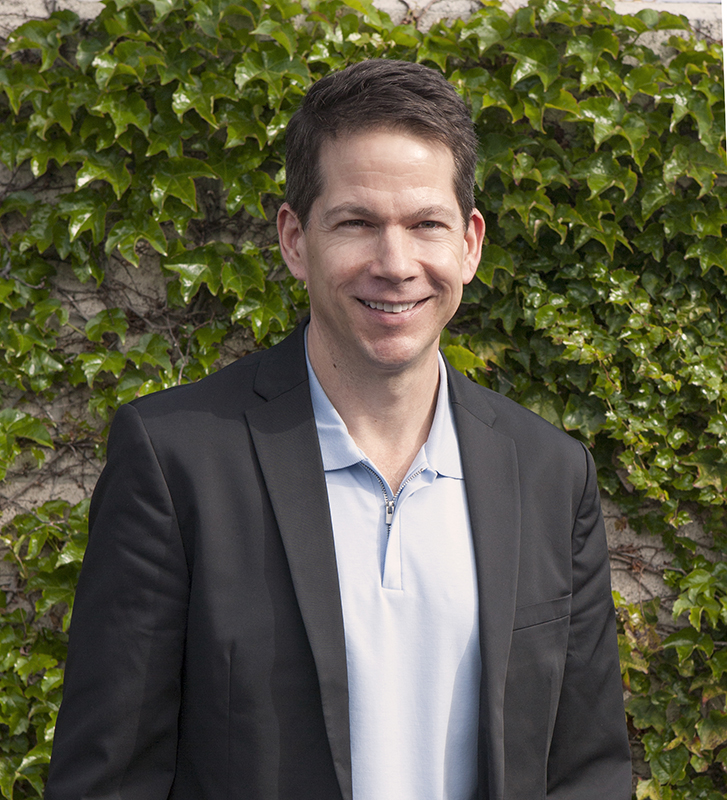 ProMAX has always been committed to making workflows easier for video production, postproduction and broadcast applications, and this move will allow them to continue that development. We wanted to find out more about what this transaction means for ProMAX and for the industry as a whole, so we sat down with ProMAX CEO Jess Hartman to discuss some of those details.

Among other topics, Jess talked through the opportunities the acquisition represents for ProMAX, how mergers & acquisitions are impacting the industry as a whole and why the things people often struggle with aren't actually what they can or should be most concerned about.

The recent acquisition of Cache-A by ProMAX is a testament to your commitment to an end-to-end integrated workflow.  How will this development directly impact your current and future customers?

In the short term, this gives us another proprietary product to offer the marketplace. It’s also an opportunity to upgrade our archiving capabilities. We’ve always had great archiving capabilities but the Cache-A technology is proprietary and has a number of different archiving and delivery formats. Its functionality is high-end.  In the future, the real opportunity for us is to integrate the Cache-A technology into the Platform system, which is what’s on the product roadmap. 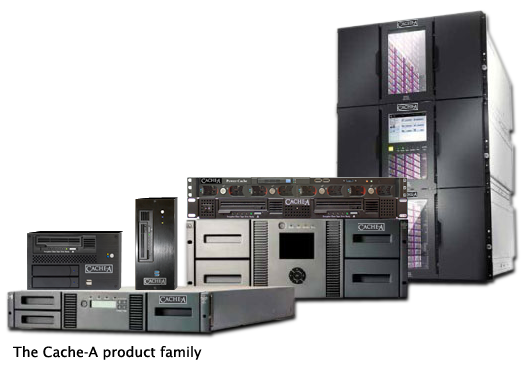 I'm glad you mentioned archive formats, because that's something which is often overlooked. More and more though, it seems like they’re of critical importance to a production.

As a content developer, you have to deliver to different customers, and different customers require different delivery formats. Some of them are working in the traditional tar format and some of them are working in the newer LTFS, which is linear tape file system format, and Cache-A supports both formats. Cache-A also supports the more recently developed Discovery Channel format, which is a modified LTFS delivery format they’ve specified. So as an end user, I think you need the flexibility that each one of these archiving and delivery formats represents. That way you can give your client whatever format they want and need.

When you get a call from your client saying, “can you deliver in Discovery file format?” you don’t want to have to go out and buy another system.

Mergers and acquisitions have been on the top of mind for us and for many folks in the industry, as many vendors are focused on being able to serve their customer’s multiple needs. Do you think this kind of focus will ultimately change the approach for vendors and for their customers?

As technology marches forward we do the best that we can to simplify the logistics that users have to deal with in order to get their jobs done. This industry is one of the more complex ones out there and it hasn't been fully streamlined yet. There are many reasons for that, but a big part of it is because we're moving so fast. Just in the last five years we’ve gone from mostly analogue to fully digital workflows and we haven’t yet as an industry come together to make simplified workflows so that we can produce more content and spend less time dealing with the technology logistics.

I think mergers are valuable, and as the CEO of this company I continue to look at where we can fill in the product line so we can create simplified solutions for the customer base that will allow them to spend less time worrying about the technology side of their project and more time on the artistic side of things.

You’ve helped creators across the media & entertainment industry streamline their workflow in various ways, but how do you go about that process? Is it about getting the right tools in their hands?

I don’t think it’s about dropping more tools in people’s hands. Opening up the tool chest and saying “we’ve got 15 new apps for you,” usually doesn’t work. It’s less about tools and more about creating simplistic and holistic environments which they can use to create content.

Our customers will come to us with a problem and we help them figure out how to solve that problem. As we go about this process our product lines evolves. Solutions come about in a natural way, and that’s another place where Cache-A comes in. You look at the Cache-A acquisition and where ProMAX has gone with Platform, and you can see we were both on the same page when it came to building appliances. It’s going to help tremendously as we continue to evolve.

So many businesses are putting everything in the cloud. All of the information you need is accessible through the web or through an asset management system, so you just bring your tablet to work and you’re set. That’s created simplicity for the knowledge worker. I think we’re accomplishing the same thing in the media & entertainment industry. We're creating this simplified methodology to solve problems.

What are some of the problems that your customers come to you with?

This gets back to what Steve Jobs came up against as a visionary in the cell phone industry.

When he built the iPhone, there were plenty of mobile phones around. If you went out to mobile phone users and asked them about their problem or what they wanted, they wouldn’t have told you they wanted to check their mail or surf the net on their phone. They would have identified problems with reception or with how many contacts they could store in their phone. So the things users were struggling with were peripheral to their actual needs.

Customers will come to us and say they’re out of storage or that they need to do 4K or that they’re struggling with managing assets. But those are symptoms of a bigger problem, and resolving those issues won't help someone in the long term. We see many people struggle with being able to identify a solution that goes deeper than solving an immediate problem.

Steve Jobs was a visionary who said people don’t need another phone. They need another experience. And we’re creating that same concept with our end-to-end workflow servers. These machines have the ability to create content in an environment that makes it easier for you to get your job done.

They’re struggling with these more obvious problems and we’re trying to give them something that takes them much further into the future.

I don’t think they’re avoiding them. I think the thing they tend to avoid is IT orientated tasks like backup. They tend to ignore the fact that the RAID system might crash and cause to you lose everything! But it’s actually fairly common to ignore those sorts of things across the board.

People in the industry aren’t ignoring workflow. And by virtue of things filling up, they’re not ignoring archiving. We can look at Cache-A, but it’s not only about archiving, it’s about delivery. So many people know they have to deliver a piece of content somewhere, and they want to figure out how to effectively do that. They don’t just want to upload it to the Internet, because it’s too slow. So the need for those types of systems still exists.

Overall, I do think the market is starting to get it. The ability to improve workflow efficiency is so astronomically valuable for an organization that works with large amounts of content. That’s not a new concept; it’s a pain point that they just don’t know how to solve. 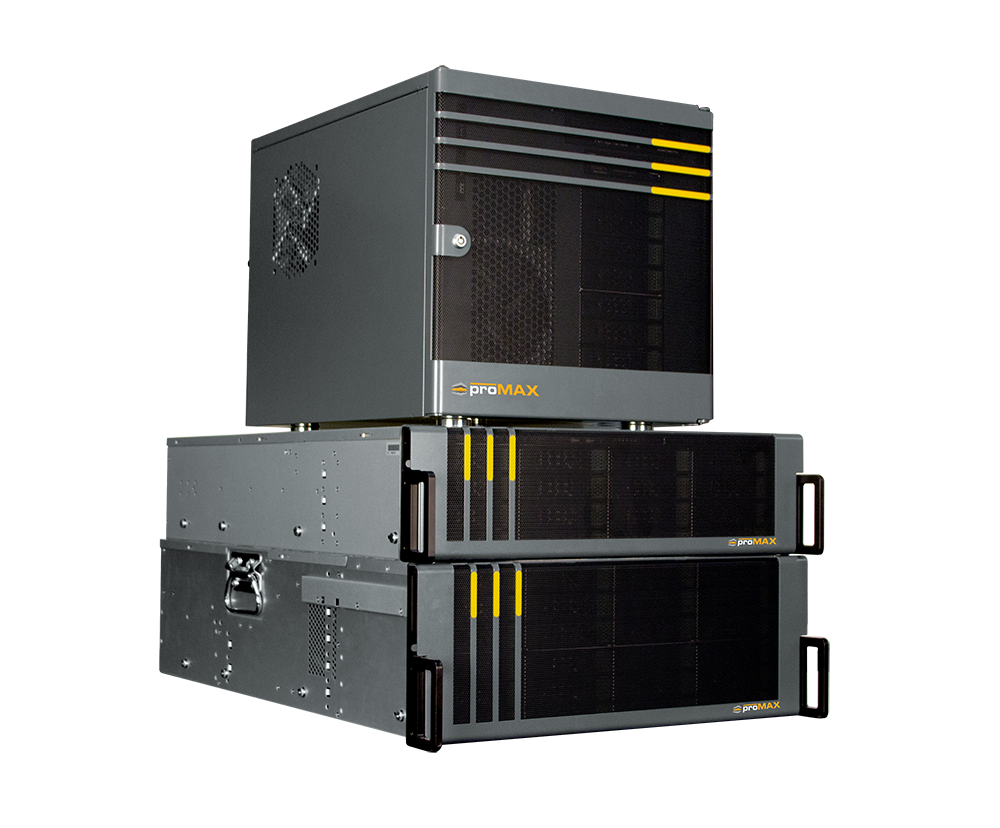 Solving problems before they become problems is key to any effective workflow, so what are some of the questions content creators should be asking before their project ramps up?

As you alluded to with the question around mergers & acquisitions, traditionally walled-off areas like production and post-production are now merging, so how that is or is not going to be handled for a particular production is something that needs to be considered at great length. Those logistics can present problems to an overall workflow. How can you make sure that the systems or supporting technology around content creation from production to post is working the way you envisioned?

Secondarily, it’s the common problem of formats. We’re capturing on one, we’re delivering in another and we’re editing in a hybrid. How do we make all of that work together efficiently so that we’re not just burning time in system cycles? That’s always a critical component of an effective workflow.

So much of it depends on the size of a project as well. We work on some huge projects, and the collaboration between multiple creative people is such a key component.  There are significant complexities. How do we share content? How do we organize content? All of those things become critical questions as you try to establish an effective workflow, because the money you’re spending on the technology is a pittance compared to the labor money that you can spend trying to get this content developed. Figuring out how all of that is going to work before you're in the middle of it is essential.

What resources should people look to when they run into issues?

ProMAX is now a full-fledged manufacturing firm and our reseller and distributor channel is now worldwide.  I think that’s something content creators need to consider to solve their specific problems. You have to have the expertise and people who understand workflows at the detailed level to resolve these problems.

We’re here as a manufacturer to support customers, and the channels, but a lot of this gets down to how someone uses the product, and that comes down to consulting expertise.