Available since October, the Panasonic AG-DVX200 is the world’s first 4/3” sensor and fixed lens 4K 60p handheld camcorder. Developers and cinematographers talk about their experience with the camera. 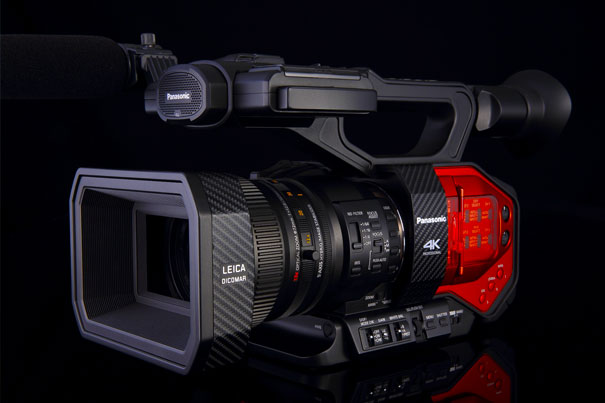 Emmy-award-winning producer Barry Green will give a presentation on the Panasonic AG-DVX200 on November 12, at the NAB’s Content & Communications World, in New York.

Barry Green is an Emmy-winning producer and writer, who has written many books on Panasonic camcorders over the years. He is working on a new book for the AG-DVX200 and has published articles about the camera to explain some of the new technologies and features.

The presentation by Barry Green happens from 1:30 p.m. to 2:00 p.m. in CCW’s Session Theater, at Jacob Javits Convention Center in New York City. The producer will talk about the DVX200PJ, the world’s first 4/3” large-format 4K handheld camcorder, an ultra-mobile acquisition tool for shooting 4K, UHD and HD.

The AG-DVX200PJ 4K 4/3” Large-Format 4K Handheld Camcorder is the first in a new generation of large sensor, multi-format professional camcorders capable of capturing 4K/UHD, HD and SD, including cinematic DCI 4K 4096×2160. The camcorder is optimized for 4K/HD production, with stunning bokeh effects and a V-Log L curve (measured at 12 stops) emulating the natural grey-scale rendition of the VariCam 35.

The DVX200PJ, incorporates a newly-developed 4/3” large-format MOS sensor with high sensitivity of F11, and offers variable frame rate recording from 2fps to 120fps in 1080p mode, enhancing the camcorder’s utility in sports and VFX production. The handheld 4K camcorder offers a newly-designed Leica Dicomar 4K F2.8~F4.5 zoom lens) with shallow depth-of-field. The DVX200PJ is available with a suggested list price of $4,695.

To promote the launch of the product, Panasonic interviewed 3 developers of the AG-DVX200, from Product Planning Department, Engineering and Designer. It’s a 11 minute interview, with captions, that will take you through some of the aspects that make the camera such an interesting option. But the promotional efforts from Panasonic did not stop there, and they made two more videos, A Day of Life, with footage taken with the camera, and another one, A Day of Life – Behind The Scenes, which gives Takashi Chiba, Director of Photography responsible for the film, the chance to explain why and how the AG-DVX200 was used.

“A Day of Life” is the first official footage of Panasonic’s new AG-DVX200 4K camcorder, and it was shot with two engineering samples of the DVX200. For those who always want to know the technical aspects of each shoot, Panasonic indicates that 4K monitoring was done with a new FZ-Y1CH TOUGHPAD 4K that is the world’s first tablet PC equipped 20″ 4K resolution LCD touch panel with HDMI 2.0 input. Recording format/mode: UHD (3840 x 2160) 29.97p / MOV (100Mbps, SD card recording) and VFR120p on FHD (1920 x 1080) 29.97p / MOV (50Mbps, SD card recording). V-Log L (Beta version) was used over full length and the grading tool was DaVinci Resolve.