Zacuto’s Z-Drive and Tornado Grip are an out-of-the-box answer to the problem many camera operators face when using a shoulder rig: how do you pull focus while keeping your shoulder rig steady? 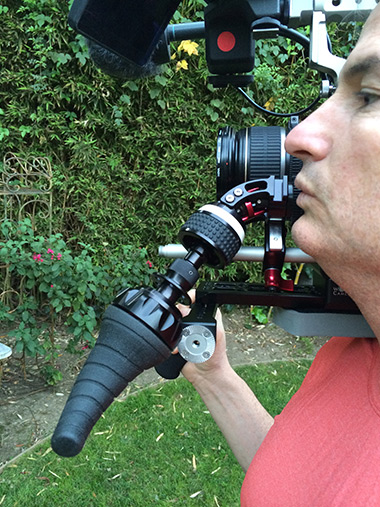 Until now, if you were a one-man-band camera operator (that’s me, most of the time), you’d typically have to let go of one of your rig’s hand grips, raise your hand to adjust a conventional follow focus, and then bring your hand back to its grip. But that could take a second or two, delaying your ability to keep things constantly sharp. It could also introduce some wobble to your image, as your lone grip hand adjusted to the extra weight it had to manage.

You could refine this process a bit, depending on your preferences. Maybe you’d keep a very light grip on the follow focus itself, trying to hold it around the edges as a kind of handgrip — but that could create some uncomfortable ergonomics. Then there was my approach, which was to turn my left Arri rosette handgrip inward and brace it against my chest (a “chest grip”), while keeping my left hand directly on my zoom lens. But having a handgrip sticking in your chest gets annoying after a while, and I found that my breathing could introduce a subtle up/down motion in static footage. Twisting the lens by hand always risked a slight wobble.

Zacuto addresses these issues by combining a small follow focus that points down at a 60 degree angle (the Z-Drive, about $522 street) and a twistable handgrip that lets you control the follow focus from roughly the same down-low position of a conventional hand grip (the Tornado Grip, $261). Together, the duo look a little strange, but do indeed work well. You can wrap your hand around the base of the Tornado Grip to support your rig’s weight, but use your index finger and thumb to gently twist the top of the grip, which turns the Z-Drive. It lets you react instantly to focus changes while keeping your picture dead steady. 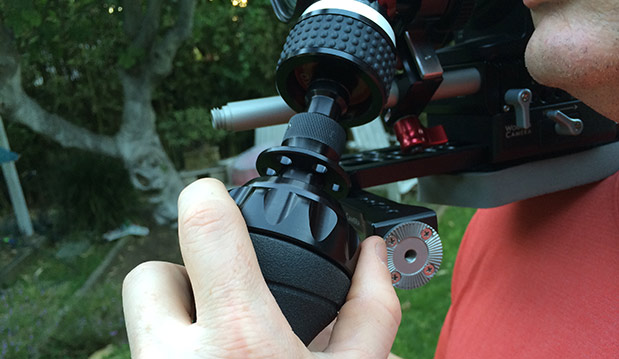 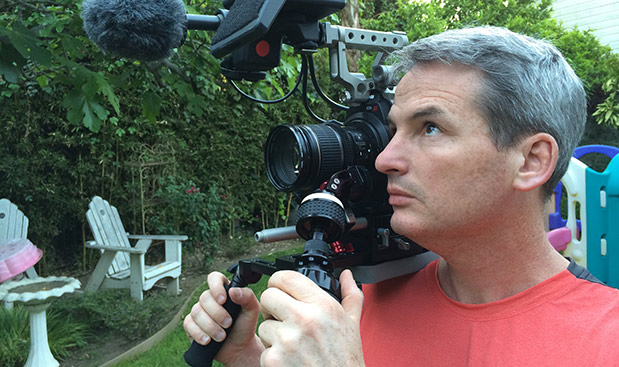 For long shoots, the Z-Drive/Tornado Grip combo works best with the camera right on top of your shoulder.

Here are some notes from real-world usage on a couple of projects:

Zacuto sells the Z-Drive separately, but as far as shoulder-rig operation goes, you really need to have the Tornado Grip as well.

The Z-Drive and Tornado are well built, and have some heft to them. After a couple hours, I found them a little too heavy to use with a rig that already had the camera forward, in front of my shoulder. I could always add counter-balance behind my shoulder to center the weight, but a counter-balance gets tiring over time too, and makes a rig more bulky. So, for me, I began to use the Z-Drive/Tornado with my camera sitting directly over my shoulder, with the majority of weight carried by my shoulder, not my arms. A side benefit is that shooting stand-up interviews that have me holding the camera for 5-15 minutes straight aren’t as taxing.

You can’t use a matte box with the Z-Drive, due to the angle that the follow focus juts out from the single 15mm rod it’s mounted to. It doesn’t matter if you’re trying to clamp the matte box to your lens or attaching it to rods — either way, the Z-Drive gets in the way. 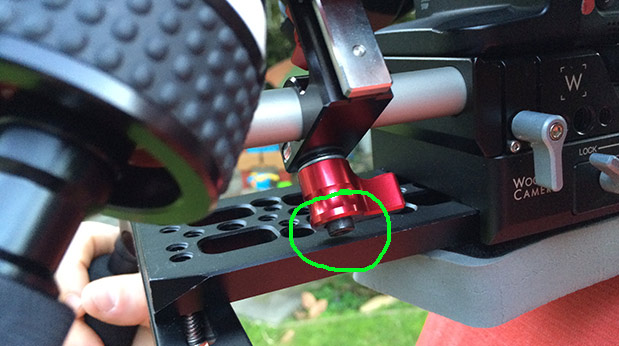 If my camera rode any lower on my Wooden Camera dovetail, I would have to rotate the Z-Drive on its rod to make room. That would change the hand grip's angle to something less comfortable and effective.

To make your money go as far as possible, you could also use the Z-Drive as a conventional follow focus (no shoulder rig necessary), but with some limits. On the plus side, its gear-less design means that it’s not going to develop looseness or “play” over time. It also has a narrow white disk for putting down your own focus marks, as well as a standard accessory port for attaching whips and cranks (that’s how the Tornado Grip attaches). But the Z-Drive doesn’t have any hard-stop feature, and it’s geared for the short focus pulls needed on DSRL lenses, not traditional cine-style lenses like Zeiss CP.2s.

Lots of one-man operators have shot from the shoulder with conventional follow focuses and lived to tell the tale, so I can’t say that the Z-Drive/Tornado Grip are absolutely essential. But they do make shoulder-mounted work more comfortable and effective, especially if you can center your camera over your shoulder. So if you do shoot a lot from the shoulder, you’ll probably find this unique pair to be worth your while.