A heavy-duty, affordable remote follow focus with a cool twist.

My quest for a reasonably affordable, capable remote follow focus led me to the $1989 Cinegears Express. 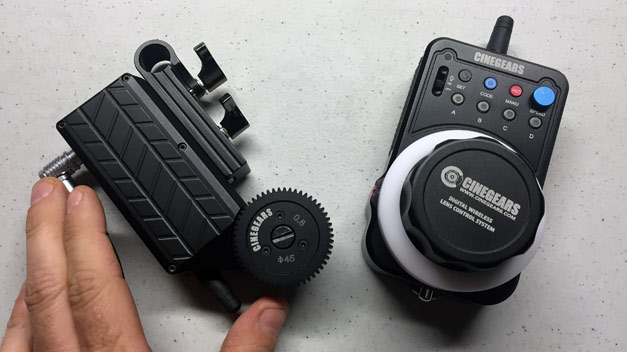 At $1989, the Express costs more than the Remote Air, but it’s still relatively affordable and does something I haven’t seen in remote follow focuses before: it combines its receiver AND motor into one single unit instead of the usual two, so you have less gear to mount to your camera, and you can get set up a little quicker. I found myself taking the Express with me on jobs I would never have bothered with a remote follow focus before, thanks to its streamlined profile and faster setup (especially if your camera has a top handle with built in rod support, like the MovCam top handle I use for my C300 camera).

True, the Express’ motor/receiver unit is a little bulkier and heavier than typical motors — 350 grams versus a standard Heden motor’s 250 grams or the Remote Air’s 335 grams — but that’s still lighter than any other system I know once you add a receiver to the mix, so the Express kit is ahead in the low-weight category.

The Express also has other nice touches, such as interchangeable marker disks (so you can easily put marks down without tape, and use different disks for different lenses), along with controls for setting predetermined marks and moving between them at the press of a button. 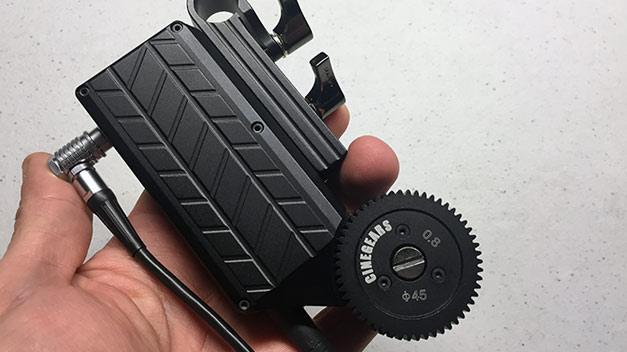 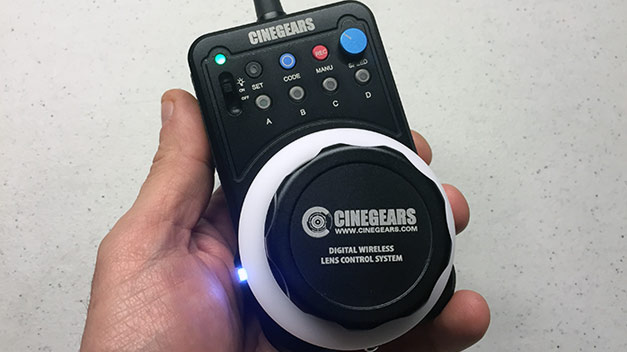 See the Express in action. 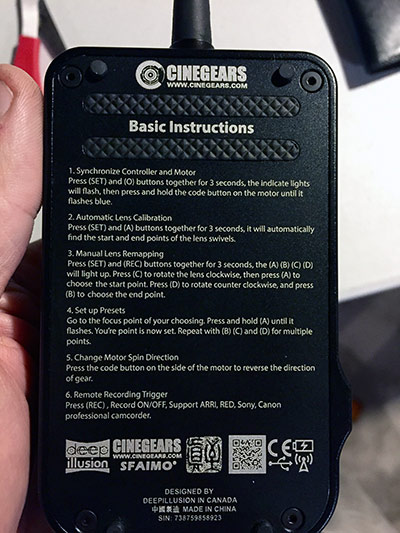 This cheat sheet on the back of the controller covers almost all functionality. 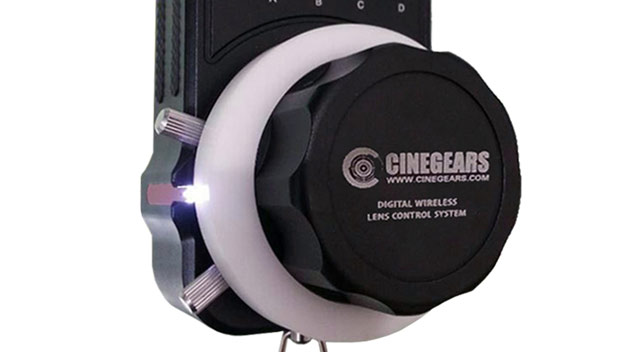 The Express Plus adds conventional hard stops to the controller, so you don’t have to fiddle with button presses as much. 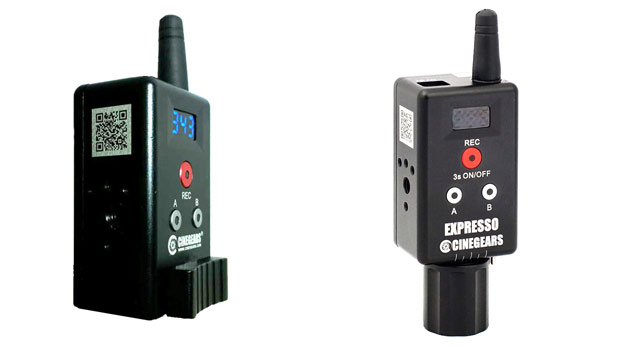 Cinegears has two versions of a thumbwheel controller for shoulder rigs and gimbals. The Expresso uses a knob while the Esprocker uses a rocker.

I had a great experience working with Cinegear’s Express follow focus kit. Having only one item to attach to camera (the combined motor and receiver) appreciably cut down on setup time, and excess gear hanging off my camera. The Express was also very responsive and precise, and at $1989, it’s the second-most-affordable remote focus I’m aware of, next to iKan’s Remote Air. As for my frustration of setting start and end markers manually, I did get used to it, but I could also address part of the issue by ordering the Express Plus kit, with two adjustable hard stops built right into the controller.

Overall, the Express is a great option for anyone looking to get started with a remote follow focus, and not break the bank.