Speed Booster is an optical funnel, miraculously making a small camera sensor behave like a larger one for greater sensitivity and the use of larger format optics without exaggerated crop factor. 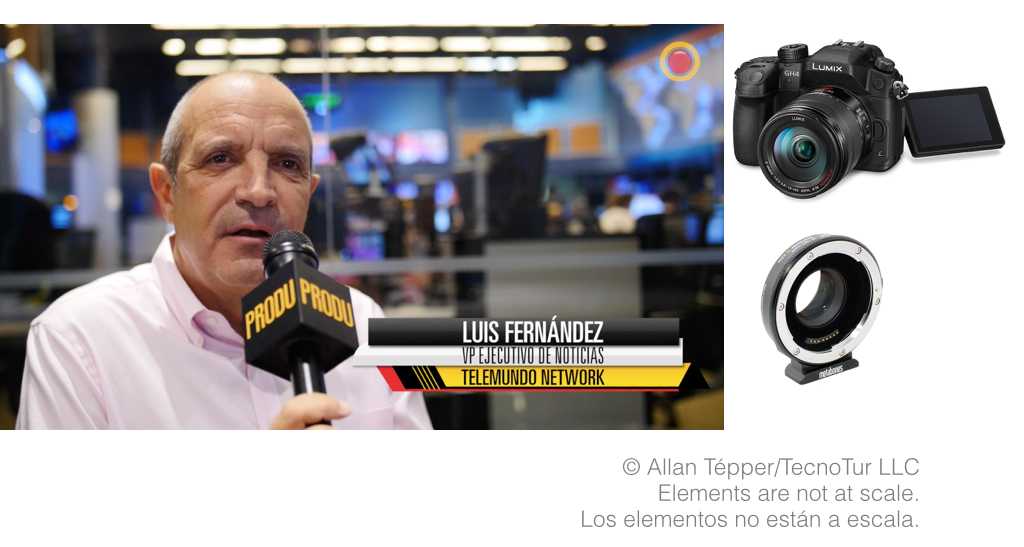 I first became intrigued with the Speed Booster concept when I saw Norwegian filmmaker Andyax’s video from April 2015. Speed Booster is an optical funnel, miraculously making a small camera sensor behave like a larger one for greater sensitivity and the use of larger format optics without exaggerated crop factor. I shared it with Ríchard Izarra of PRODU.com, who was already happy with his GH4, but yearned for the benefits of a larger sensor. This week, PRODU.com debuted his Speed-Boosted GH4, and is delighted with the results. Izarra says that the new combination “doubled the quality” of his GH4. Ahead in this article, you’ll find Andyax’s explanatory video (in English). PRODU.com’s video interview with Luis Fernández, Telemundo Network’s recently appointed Executive VP of News (in Castilian) shot with the Speed-Boosted GH4, and further details.

I describe the Speed Booster as an optical funnel with built-in mounting adapters to use optics made for larger sensors and proprietary lens mounts. In a single swoop, the Speed Booster adapts the larger format lens (in this case, a Sigma lens with Canon mount) to the camera’s mount (in this case, Micro Four Thirds) while it optically concentrates the lens’s original field of view to fit the smaller sensor in the camera.

The above video was shot and edited by Ríchard Izarra of PRODU.com, who also conducted the interview (in Castilian) with Luis Fernández, Telemundo Network’s recently appointed Executive VP of News. This is the first official project done by PRODU.com using the combination of the Panasonic Lumix GH4, Speed Booster from Metabones, and a combination of the Sigma 18-35 mm zoom lens (recommended by Andyax) and a Canon 100 mm prime lens. The original recording was shot at 4K UHD at 29.97p, 100 megabits per second. The editing was done in Final Cut Pro X in a project set for 1080/29.97p and uploaded to Vimeo Pro at native 1080/29.97p. With this combination, Izarra was able to achieve better low-light sensitivity and even smaller depth of field to force the background more out of focus.

In terms of audio, in PRODU.com’s official style, the interviewee held an Electro-Voice RE50N/D-B dynamic omnidirectional ENG microphone by himself. The microphone fed a JuicedLink RM222 pre-preamp/adaptor. The camera operator/interviewer used a shotgun mic to record his own questions on a separate track. The JuicedLink phantom-powered the shotgun mic. No phantom power is required for the dynamic RE50N/D-B held by the interviewee.

Ríchard Izarra of PRODU.com is delighted with the results with his new Speed Booster and new lenses. They have breathed new life into his GH4 camera/camcorder. 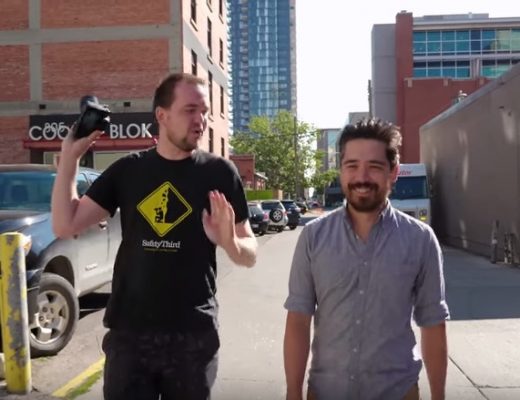 Jordan Drake and his co-host Chris Niccolls from Calgary, Alberta, Canada consider the under US$2k Panasonic Lumix GH5 to... 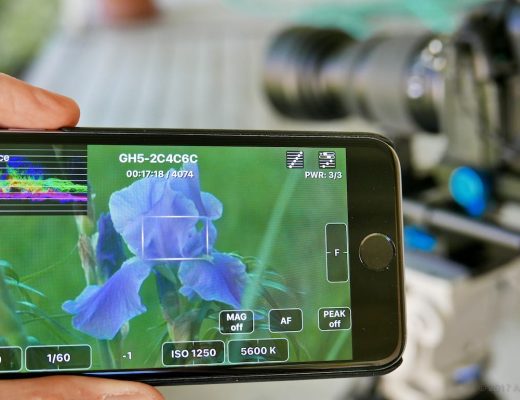 Aside from the photo gallery of the PNW Lens Summit, I haven’t been very active here recently. This is why:... 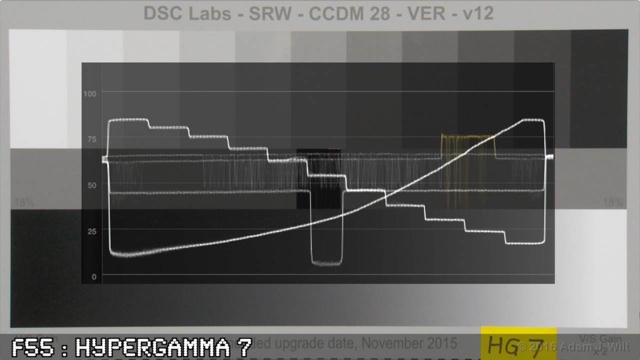 In my V-Log L Revisited article, I went on at some length about neutral rendering across the tonal scale...