How not to lose your current presets when you upgrade

This is mostly great news, as this means a ton of new features for us After Effects CC users (see the series of movies Maxon posted on their Cineversity site for R15 and R16). However, some of these updates have obsoleted older features, which in turn means some of the currently provided factory presets for C4D Lite may be lost. Read on to learn how to proactively set these aside so you can still access them when the next update indeed happens. 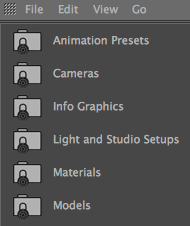 C4D Lite comes with a nice selection of factory-provided presets underneath the Content Browser tab (shown at left), including some preset animations, camera moves, lighting rigs, and models. It has a particularly robust set of Materials for surface texturing (shown below), which comes in handy especially if you’re a new user just trying to bang out a quick flying logo or show title. 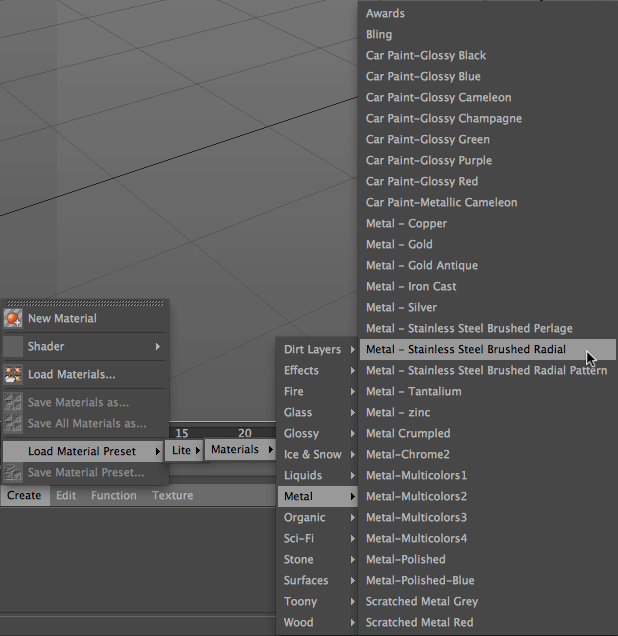 As part of the feature overhaul in C4D Lite 2.0, it appears that many of the presets have been reorganized or “made redundant” resulting in a much smaller set of goodies available in the new Content Brower, as seen here at left.

For example: Among the myriad new features that will be introduced in C4D Lite 2.0 is a Reflectance channel, which combines the old specular and reflection properties plus adds a load of new capabilities to build up quite complex surfaces. Although materials created using the previous “model” for surfaces will still load and be rendered in C4D, many of the presets created using that system are not directly compatible with the new system – meaning some have been dropped. This reorganization quickly becomes evident when you open the material panel’s Create > Load Material Preset menu in the upcoming version of C4D Lite – some categories have been added, some are missing, and many presets inside of pre-existing categories have disappeared: 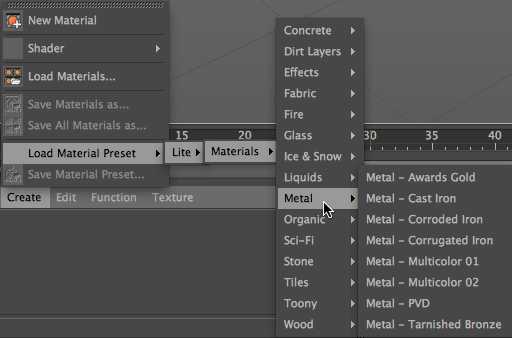 Fortunately, we found this out before the new version of After Effects was made available to Creative Cloud subscribers, as installing it will overwrite the current version along with its presets. And equally fortunate, the good folks at Maxon US told us how to make a copy of this content ahead of time, and install it in the new version once it becomes available.

First, open the Application folder for your current version of After Effects CC or After Effects CC 2014. Navigate to Plug-Ins > MAXON CINEWARE AE > (CINEWARE Support) > lite > library > browser and locate the file lite.lib4D:

Make a copy of this file, and put it in a safe place. It would be a good idea to modify its name, such as adding “R14” to remind yourself that it belongs to the soon-to-be-prior version.

When you install the next update to After Effects CC 2014 (its official availability date has not yet been announced), you can place this saved file in one of two places: Either the exact same folder as you found it previously (being careful not to overwrite the new version of this file you will find in there), or open the C4D Lite app, select Edit > Preferences, and click the Open Preferences Folder in the lower left corner of the Preferences dialog, as show below. This will take you to an alternate location where you can place you old presets. 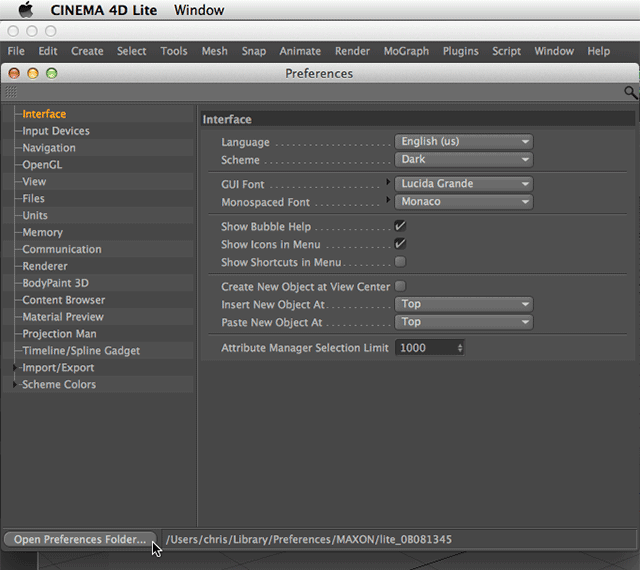 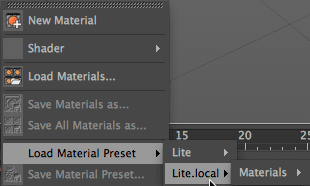 After doing so, the next time you open C4D Lite, you will see two copies of your presets in both the Content Browser and the material panel: Lite (the updated shipping version), and Lite.local (the older version you saved aside). There is always the chance that some of the older presets won’t work properly in the new version, but the material presets we’ve tried so far have worked fine – much to our relief. This will become particularly important if you try to follow the currently-existing tips and training out there which assume the current (but soon to be old) presets are installed.

An ounce of prevention…